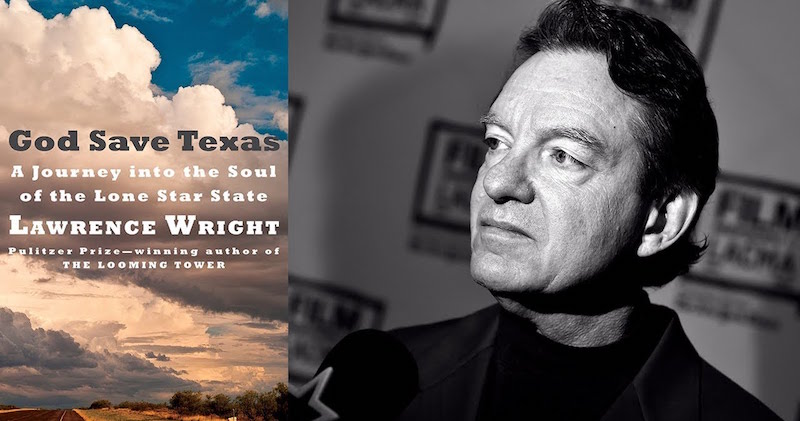 In this 31 Books in 30 Days series leading up to the March 14, 2019 announcement of the 2018 National Book Critics Circle award winners, NBCC board members review the thirty-one finalists. Today, NBCC treasurer Marion Winik offers an appreciation of nonfiction finalist Lawrence Wright’s God Save Texas (Alfred A. Knopf).

In 1976, I went to Texas for spring break with a college friend, visiting her parents in Dallas and her friends at UT Austin. I was immediately and completely enchanted. Like the t-shirt says, I got back there as soon as I could, and stayed until the end of the century. For me, the publication of Pulitzer Prize-winner Lawrence Wright’s new work of narrative nonfiction, God Save Texas, comes as a godsend. I can finally stop trying to explain to people what is so great about Texas—I can just hand them this book. Which does not shy from explaining what is not so great about Texas as well.

Austin has changed a lot since I first saw it in the seventies, and Wright gives a characteristically well-formulated explanation of its glorious past and somewhat depressing present. “The very places that made Austin so hip are being demolished to make room for the hotels and office spaces needed to accommodate the flood of tourists and newcomers who have come to enjoy what no longer exists,” he writes.

The book opens in San Antonio where the author is taking a bike ride with his best friend Steve Harrigan, the author of the classic The Gates of the Alamo. Wright explains that he once was a “self-hating Texan,” the son of bankers in Dallas; “the only black person I knew was our weekly maid.” He was deeply affected by the national revulsion against his hometown after the Kennedy assassination, though his conclusion is that “humiliation was exactly what Dallas needed.”

After meeting his wife, Roberta, at the University of Texas, Wright went on to live in Atlanta and New York. Though he has long since come home to stay, his re-emergent loyalty is complicated by a profound criticism: “I think Texas has nurtured an immature political culture that has done terrible damage to the state and to the nation.” That culture is explored at length, including recent episodes in the state legislature such as the transgender “bathroom bill,” and figures such as Ted Cruz and Governor Greg Abbott.

Wright’s treatment flows impressionistically from one topic to the next, incorporating material from his New Yorker and Texas Monthly articles, and introducing myriad characters in a cascade of crystalline sketches. Among the dramatis personae: Sam Houston and Davy Crockett, Richard Linklater and Alex Jones, LBJ and Lady Bird, Willie Nelson, Ann Richards, Matthew McConnaughey, Molly Ivins, Larry McMurtry, and of course, many a Bush.

Having touched on the Alamo and Texas’s war for independence in early chapters, Wright later visits the Mexican border, making the point that Mexico and Texas are “like a divorced couple still living next door to each other.” The darkness and violence suffusing this region are amplified by Wright’s memories of a catastrophic accident that occurred during his first trip to Mexico with his family when he was sixteen.

Lacing the brilliant analysis are Wright’s humorous and sometimes slightly off-color asides. For example, he writes of his infatuation with the astronauts he profiled at the Johnson Space Center in the 1980s. One of them was Rhea Seddon, a surgeon and jet pilot who took him to lunch in her Corvette. “As we raced down NASA Road One, I looked over at Dr. Seddon with her long blond tresses tossed about like an advertisement for Clairol, and an unfamiliar thought leaped into my mind: I want to have your baby.”

As the state continues to grow in population and influence, this utterly engaging tour of its soul is a must-read for everyone.

Longtime All Things Considered commentator (1991-2006) Marion Winik is the host of The Weekly Reader radio show and podcast. She reviews books for Newsday, People, Kirkus Review and other venues. She is the author of First Comes Love, The Glen Rock Book of the Dead, The Baltimore Book of the Dead and seven other books. Her monthly column at BaltimoreFishbowl.com has received the “Best Column” and “Best Humorist” awards from Baltimore Magazine, and her essays have been published in The New York Times Magazine, The Sun and many other publications. She is a professor in the MFA program at the University of Baltimore. More info at marionwinik.com. 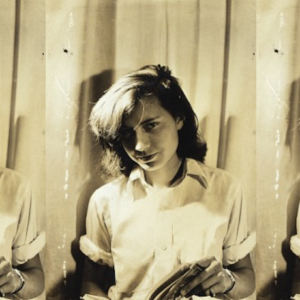 “My mother, who spent most of her life building work and family, never built a room of her own.” Marlon James on the difficulty...
© LitHub
Back to top