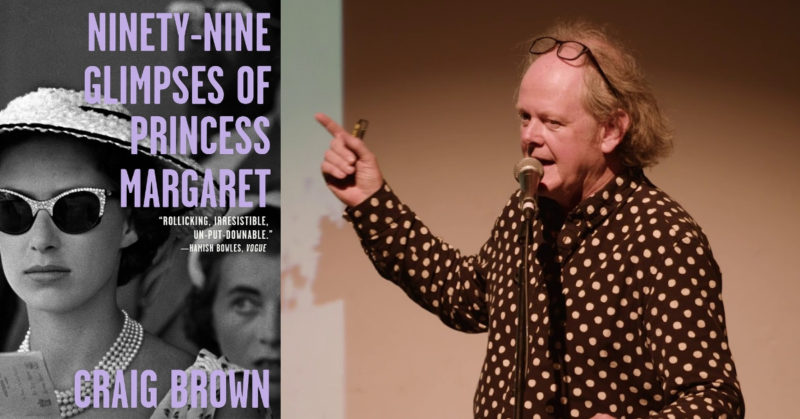 31 Books in 30 Days: Katherine A. Powers on Craig Brown

In this 31 Books in 30 Days series series leading up to the March 14, 2019 announcement of the 2018 National Book Critics Circle award winners, NBCC board members review the thirty-one finalists. Today, NBCC board member Katherine A. Powers offers an appreciation of biography finalist Craig Brown’s Ninety-Nine Glimpses of Princess Margaret (Farrar, Straus and Giroux).

In Craig Brown, Her Royal Highness the Princess Margaret (the address she insisted upon) has found a biographer whose sensibilities, wit, and satirical gifts are perfectly suited to conveying her plight as a prisoner of privilege and birth, her fantastical public image, and her out-sized awfulness. Her friends and admirers were outnumbered by the hundreds who knew her but wished they didn’t. She alternated wildly between bon homie and hauteur; one minute informal, the next insisting on rigorous protocol, usually when she was drunk—which was often. Alcohol, Brown notes wryly, seemed to release her “from the constrictions of informality” and “she was at last able to enter a stiffer, grander, more subservient world, a world in which people still know their place: the world as it used to be.” Her wounding insults were legendary and Brown dishes them out in generous portions.

Margaret was, Brown writes with typical brio, “a grand guignol version of her elder sister,” Queen Elizabeth, whose “duty and destiny” it was “to be dull.” The defining event in her life was her decision, more or less forced on her by Church and State, not to marry the divorced Group Capt. Peter Townsend. All her subsequent racketing around with high-flying bohemians seemed to be a what-the-hell reaction to that crushed prospect. Whatever her reality, she was above all a phantom, a creature of rumor, gossip, print, photo, and film. Brown serves this aspect wonderfully, ranging freely from certified fact through opinion, speculation, fantasy, dreams, fiction and flights of counterfactual whimsy. In one section he has her married to Picasso (who was obsessed with her in real life), in another he concocts her obit which includes her marriage and subsequent divorce from Townsend, in yet another, he puts her on the throne and, exercising his formidable talent for parody, offers us “HM Queen Margaret’s Christmas Broadcast, 1977,” a masterpiece of petty grievance which concludes with the petulant monarch wishing her subjects “a happy Christmas, not because I really want to, but because I suppose I must.”

In this wicked, thoroughly entertaining book, Craig Brown has taken a unique approach to biography, one ideally suited to his chimerical subject. Further, in giving us a surreal portrait painted by many hands, he presents a rich, unwholesome slice of social and cultural history of Britain, especially from the 1950s to 1980s. It was a pivotal period of social leveling, loosened moral codes, and pop culture, one which saw the beginning of the Royal Family’s devolution into a sideshow.

Reviews of Ninety-Nine Glimpses of Princess Margaret have been generally exuberant. It is a “brilliant meta-biography,” (James Parker in the Atlantic); “…exactly the kind of book Princess Margaret herself might have enjoyed—about anybody but herself.” (Steve Donoghue in the Christian Science Monitor); “a brilliant, eccentric treat, the literary equivalent of being buttonholed by one of the most entertaining people you will ever meet.” (Anna Mundow in the Wall Street Journal); An “unsettling, incisive and honest book [which] manages to be laugh-out-loud funny, and … a startlingly original contribution to the genre of biography.” (Mary Ann Gwinn in the Seattle Times); “I ripped through the book with the avidity of Margaret attacking her morning vodka and orange juice.” (Parul Sehgal in the New York Times)

Katherine A. Powers is a member of the NBCC Board, past winner of the Nona Balakian Citation for Excellence in Reviewing, and editor of Suitable Accommodations: An Autobiographical Novel of Family Life: the Letters of J. F. Powers, 1942–1963. This appreciation has been loosely adapted from her review in the Minneapolis Star Tribune.

Why We Write About Our Oldest Wounds 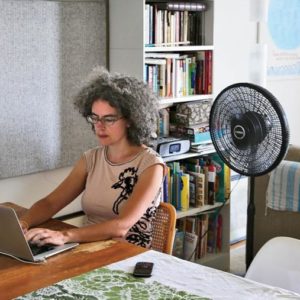 Natasha Wimmer is an American translator who is best known for her translations of Roberto Bolaño’s works from Spanish...
© LitHub
Back to top