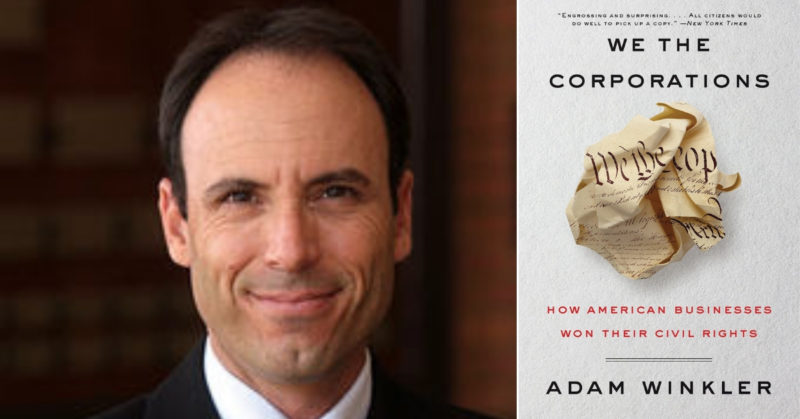 In this 31 Books in 30 Days series leading up to the March 14, 2019 announcement of the 2018 National Book Critics Circle award winners, NBCC board members review the thirty-one finalists. Today, NBCC president Kate Tuttle offers her appreciation of nonfiction finalist Adam Winkler’s We the Corporations: How American Business Won Their Civil Rights (Liveright).

When the Supreme Court issued its 2010 Citizens United ruling, many were stunned at the wide array of political and speech rights being granted to corporate entities. Then-President Barack Obama expressed his disagreement with the majority opinion, even going so far as to offer a public rebuke at the State of the Union address. On the political left, Citizens United was seen as setting a dangerous precedent, allowing for an unacceptable level of corporate incursion into our electoral process. The backlash extended into that year’s Occupy Wall Street movement, where protest signs could be seen that read, “Revoke Corporate Personhood.”

These arguments might have seemed bizarre to most of us—how could a corporation be, legally or in any other way, considered a person?—but for Adam Winkler they constitute a long-running, if relatively unknown, narrative in American jurisprudence. In We the Corporations, Winkler, a professor of law at UCLA, traces this history back to the nation’s founding. Looking at the earliest European settlements in Virginia, for instance, he concludes that “in the beginning, America was a corporation.” Not only were the first colonists typically employees of capitalist ventures undertaken to enrich investors, the language of corporate charters found its way into our original founding documents, including the United States Constitution.

Still, the notion that American corporations deserve unfettered power—either in terms of property rights or civil rights—is hardly uncontested. Nor do the arguments tend to fit neatly into partisan schematics. Over the years, Winkler writes, “what has often united justices across the left/right spectrum is a tendency to side with business.”

In fact, Winkler argues, there are corporations (mostly nonprofit, such as the NACCP) that “have been among the unsung heroes of civil rights.” Winkler knows that readers might receive that last sentence skeptically, but as he chronicles a series of court battles, he begins to make his case. It helps that he writes with verve and humor. “Ronald McDonald and the Pillsbury Doughboy never marched on Washington or down Main Street demanding equal rights for corporations,” he quips. Nevertheless, over the past several centuries, for better or worse, they have often prevailed

—aided, of course, by their human representatives, including fascinating characters from Daniel Webster to Roscoe Conkling—and they have often also lost. Many of the cases associated in the popular mind with corporate overreach, such as 2014’s Hobby Lobby ruling, actually rested on the court’s argument about the rights of a corporation’s human members, not on corporate rights per se.

A tour de force of legal history, deftly told, We the Corporations encourages readers to see things from different angles, and provides a kind of road map to help understand some of the big questions likely to face the courts in coming years.

Kate Tuttle is president of the National Book Critics Circle. Her reviews, as well as profiles of literary figures ranging from Salman Rushdie to Leslie Jamison, have appeared in the Los Angeles Times, New York Times, Washington Post, and Newsday. She writes a weekly column about books and authors for the Boston Globe. Her essays on childhood, race, and politics have appeared in DAME, Salon, The Rumpus, and elsewhere. 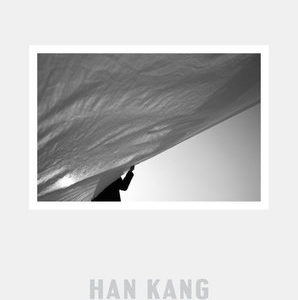 I. In the spring, when I decided to write about white things, the first thing I did was make a list. Swaddling bands Newborn...
© LitHub
Back to top