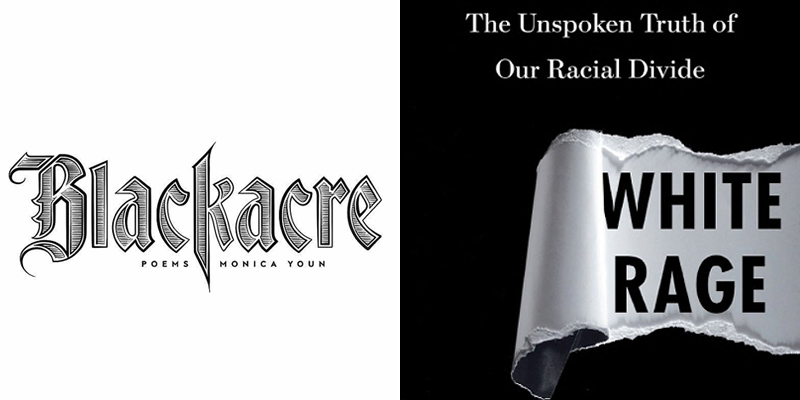 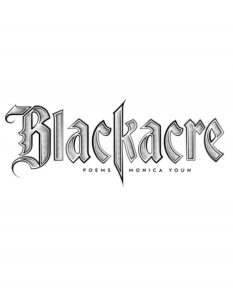 As well as being one of the most consistently innovative poets working today, Monica Youn is a Yale-trained lawyer. And so as all lawyers do, she learned in property law that blackacre is a centuries-old legal term that stands in for a fictitious estate.

In legal practice, positing a blackacre has been used to explore laws about easements or environmental rights or whether or not farmer A will eventually owe farmer B potatoes. This might be a bit far afield from poetry, but in this case, the estate Youn is looking to claim is the estate of the body, specifically the body that wants to conceive a child.

In this book, both the body of the speaker and of the longed-for child are held up as fictions, sites that can be thought about and named but may or may not be wholly claimable at all. This means that Youn is essentially writing a study of longing for something at once internal and out of control, something highly envisioned that may never come to pass.

What does it mean to imagine claiming something as strange as a baby or, for that matter, a self? What, in the end, does it mean to hope? These are open questions, and Youn mines them with precise skill. As she circles ideas of barrenness and fertility, Youn unsettles the way we imagine our possessions, interiors or borders at all. What is the work of desire? What slips away even as we try to name it? Glancing off mythic landscapes, slipping by Homer and Milton, Youn’s poems also thread through, as she puts it, radiant squares of sensation, the body a dichotomy of flesh and blood. At what point does this lacework shift over from intricacy to impossibility, she asks?

Youn’s poems, luminous fictions, also capture the sheer force of imagining itself, the slippery elusive loops of desire. Youn writes, it is almost unseemly—this exalting—the maypole the seed has made of its body.

Tess Taylor’s chapbook of poems, The Misremembered World, was selected by Eavan Boland and published by the Poetry Society of America. Her poetry and nonfiction have since appeared in The Atlantic, Boston Review, Harvard Review, The Times Literary Supplement, and The New Yorker. Her first book, The Forage House, was a finalist for the Believer Poetry Award. Tess is on air poetry reviewer for NPR’s All Things Considered, and is a professor of English and creative writing at Whittier College. This appreciation is adapted, with permission, from her NPR review. 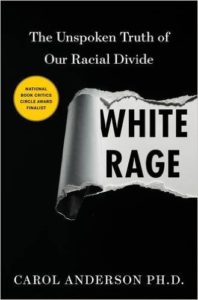 Before reading Carol Anderson’s White Rage: The Unspoken Truth of Our Racial Divide one might imagine that, as the zeitgeist moves, we’d only recently entered an age when the material facts of our national history and experience could be rejected summarily in favor of a smaller, adjacent, alternative reality. Hearing certain contemporary politicos claim that we must wrest the nation-state away from those who aim to make us reckon with our history, our system of retributive justice, our economic inequalities, our unwillingness to protect all citizens equally, or our inability to provide unfettered access to the ballot for all citizens, it’s easy to misremember that “taking the country back” has been the American political status quo since the 1860s.

In her critique of white America’s seething resistance to African Americans’ sociopolitical advancements, Anderson reminds us that Abraham Lincoln’s successor, Andrew Johnson, was so worried about the tyrannical “Africanization” and “negro domination” of the South that he “did everything in his power to stop constitutional recognition of black people’s citizenship and voting rights, including convincing most of the Southern states not to ratify the Fourteenth Amendment.” Though the Fourteenth Amendment, which affords citizenship, due process of law, and equal protection under the law to all persons born or naturalized in the United States, eventually gained passage in 1868, over the subsequent 148 years, white Americans, in some quarters, have treated black citizenship as a notion or concept rather than a legal truth.

Anderson has expanded her 2014 Washington Post op-ed about the Ferguson Resistance to produce White Rage. Though she’s a professor of African American history at Emory University, Anderson’s terse, powerful book doesn’t represent an unearthing of new historical evidence for white rage against black progress. Rather, the author has designed a suite of historical narrative essays—“Reconstructing Reconstruction,” “Derailing the Great Migration,” “Burning Brown to the Ground,” “Rolling Back Civil Rights,” “How to Unelect a Black President”—covering five epochs of African American Constitutional and judicial advancement, and the major resistance mounted to destroy those changes. Anderson has fitted these stories together “like pieces in a mosaic” as a way of explaining “the unspoken truth of our racial divide”:

The truth is, white rage has undermined democracy, warped the Constitution, weakened the nation’s ability to compete economically, squandered billions of dollars on baseless incarceration, left an entire region sick, poor, and woefully undereducated, and left cities nothing less than decimated. All this havoc has been wreaked simply because African Americans wanted to work, get an education, live in decent communities, raise their families, and vote. Because they were unwilling to take no for an answer.

In every episode of White Rage Anderson amplifies and elongates this initial claim into a striking argument about the nation’s failure to recognize African Americans as full members the citizenry. Though stretching a stand-alone essay into an extended study doesn’t work very often, White Rage operates efficiently and elegantly, offering readers new intelligence about American experience. Following Anderson, one gains insight by accrual.

In the opening decades of the 20th-century, when Southern governors, mayors, and police chiefs erected codes to halt the Great Migration from the region, it was because black people departing the South en masse “threatened much more than the economic foundation of a feudal society; African Americans’ determination to achieve their full potential endangered the legalistic, biological, and philosophical tenets of a racially oppressive system.”  Because that system could not acknowledge or promote black prosperity or intelligence, it “justified the disparate funding in education . . . and made the brutality of the criminal justice system necessary.” Even after the Supreme Court upheld rulings that demanded the end of racial segregation across the American public sector, Anderson explains, the national insistence on destroying Brown v. Board of Education has led to substantial swaths of 21st century America, regardless of race, living in “the economic equivalent of a permanent national recession.”

The decades of migration and civilly disobedient, nonviolent direct action led to significant political shifts in America. However, as Anderson details, once the Civil Rights Act (1964) and the Voting Rights Act (1965) were signed, those determined to stymie African American success and political power began erasing America’s racial history: “By 1965, Richard Nixon asserted, ‘almost every legislative roadblock to equality of opportunity for education, jobs, and voting had been removed.’ Also magically removed, by this interpretation, were up to twenty-four trillion dollars in multigenerational devastation that African Americans had suffered in lost wages, stolen land, educational impoverishment, and housing inequalities. All of that vanished, as if it had never happened.”

In a steely assessment, Anderson describes how the Nixon and Reagan Administrations appeased their electoral bases, white working class voters, with forceful assaults on the Voting Rights Act and Great Society programs. From Watergate to Iran Contra, she argues, as conservatism rose to dominate American political discourse and the war on drugs demolished neighborhoods, black citizens were scrubbed from voter rolls, gerrymandered into obsolescence, and incarcerated at disproportionate rates. As Anderson points out, we’re still wrestling with the consequences of those assaults largely because we’re unwilling to face our long history of marginalizing black people from the body politic, our insistence on devastating black life continually, Barack Obama’s two-term presidency be damned.

Once readers enter the fifth episode, Anderson’s appraisal of Obama’s symbolism, we’ve learned to anticipate the oppositional political practices employed to freeze his momentum. It sounds like an echo. “If anything,” Anderson explains, “black achievement, black aspirations, and black success are construed as direct threats. Obama’s presidency made that clear.  Aspirations and the achievement of these aspirations provide no protection.” Dylann Roof made that clear too.

White Rage sits like a hub among several recent and present NBCC finalists: Claudia Rankine’s Citizen, David Brion Davis’ Slavery in the Age of Emancipation, Ari Berman’s Give Us the Ballot, Jane Mayer’s Dark Money, John Edgar Wideman’s Writing to Save A Life, Ibram X. Kendi’s Stamped for the Beginning and Matthew Desmond’s Evicted. Indeed, Anderson’s convincing and damning critique seems central to those works. And yet, reading our history as the author does, we—“black, white, Latino, Native American”—can understand the “unseemly goals” of white rage, deny its power, reject its seductions, step out of its shadow, and create a different, better future. 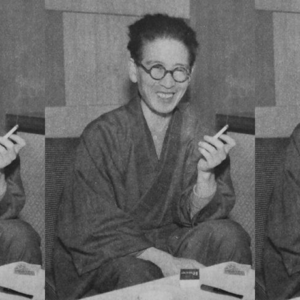 A literary fairy tale of New York: the time Anna Pitoniak moved into a famous fictional apartment above a secret...
© LitHub
Back to top
Loading Comments...