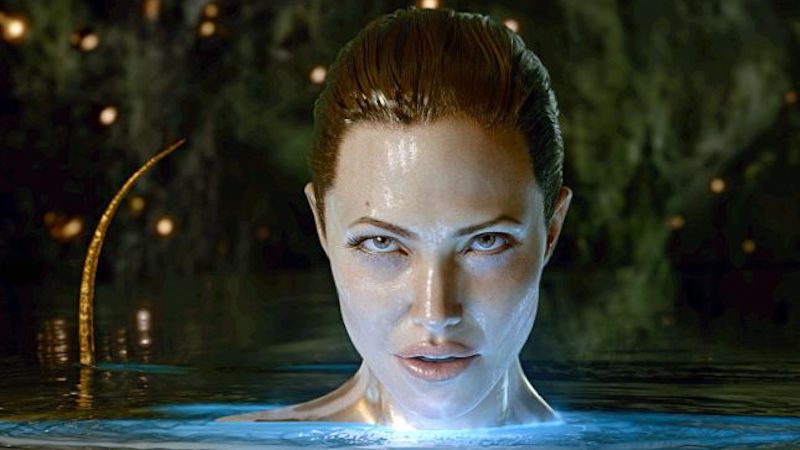 2007’s Beowulf has one of the most bizarre casting choices in film adaptation history.

Today’s the birthday of John Gardner, best known for his novel Grendel, an adaptation of the Beowulf myth from the eponymous monster’s point of view. Though this radical reimagining of the story resonated with readers, some other big-swing adaptations aren’t quite as beloved.

For instance: the 2007 computer-animated version of Beowulf which featured Angelina Jolie as the murderous, sea-dwelling Grendel’s mother (!!!). In Seamus Heaney’s translation of the original poem, Grendel’s mother is a “monstrous hell-bride”; she is “the one who haunted those waters, who had scavenged and gone her gluttonous rounds for a hundred seasons”; she has “savage talons,” she is a “wolfish swimmer,” a “swamp-thing from hell,” a “tarn-hag.” In the movie, Grendel’s mother is a gold-painted, long-tailed, stiletto-wearing Angelina Jolie.

The choice to make Grendel’s mother a seductress surprised even Jolie herself. “[At first] I thought, ‘That’s great. That’s so bizarre. I’m going to be this crazy reptilian person and creature,” said Jolie in an interview. “And then I saw the poster, and saw a few other things, and I realized I’m not just a lizard.” But I suppose “monstrous hell-bride” doesn’t preclude you from having gold skin, or wearing stilettos, or being Angelina Jolie.

Take a look at one of Grendel’s mother’s scenes: