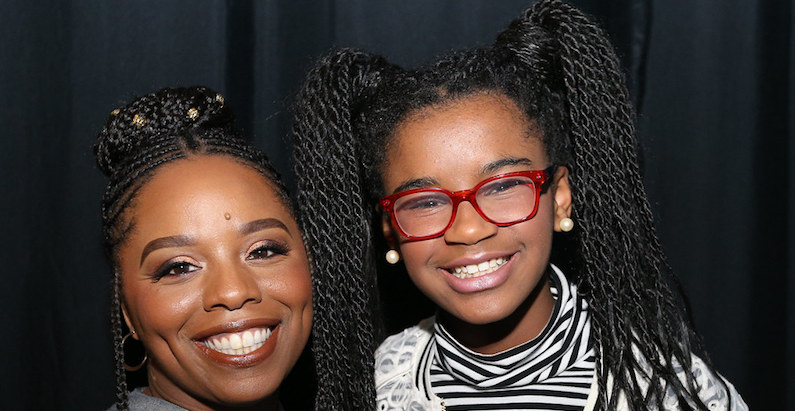 14-year-old literary activist Marley Dias on how her generation is fighting for the future.

At the age of 10, Marley Dias created the viral hashtag #1000BlackGirlBooks after she was assigned to read yet another book “about a white boy and his dog.” Four years later, Coco Khan of The Guardian caught up with Dias to talk about what’s changed since then (a lot!), what she’s reading lately, and her debut book, Marley Dias Gets it Done: And So Can You! Some of my favorite moments:

She loves Tomi Adeyemi. “We don’t often see black people in futuristic and magical worlds,” Dias said. “So she’s taken a genre that has always been a majority white space, and she’s taken some of her own history of being an African American person, and she’s moulded that into something that’s not just a slavery story and is about the history of Africa and in a positive light.”

She doesn’t think her generation is optimistic (who can blame them) but there’s hope. “All we ever hear is bad news; we’re put into a fear-mongering world where we’re told that things are bad, that bad things are always happening and the world’s going to end in 2050,” Dias said. “And we don’t see [enough of] the good people like Greta [Thunberg], or the [organizers of] March for Our Lives, and we don’t see people like me. We’re just not highlighted in the same way. So if we only talk about the pessimistic things, we’ll have a pessimistic generation.

But we can become optimistic—in a realistic way—if only we knew that there really are people out here fighting, trying to change the world.