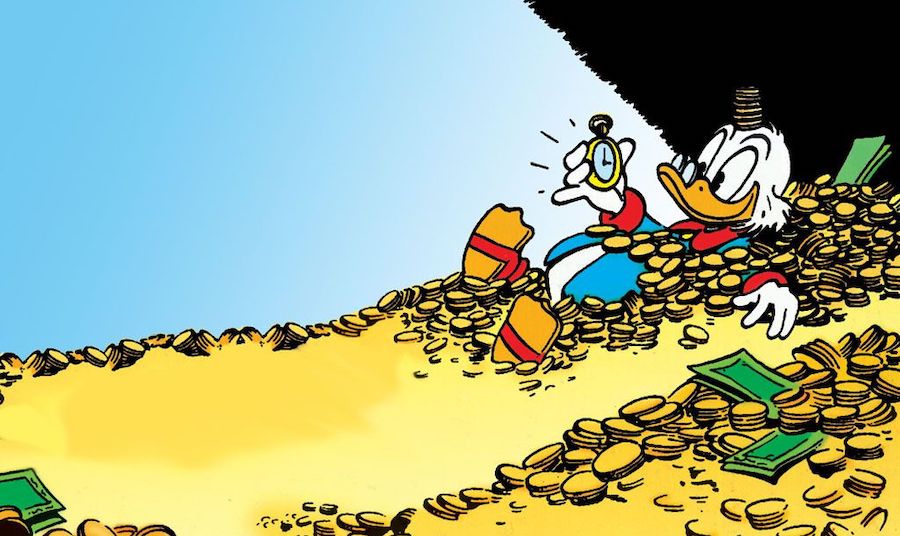 11 honest ways that actually describe the value of a book deal.

Money is like sex. Everybody wants it, most people have it, and nobody wants to talk about it. This resistance to transparency also applies to publishing (which is otherwise not like sex): Aside from last year’s brief flurry of #PublishingPaidMe revelations, the details of book deals remain largely opaque. But now that we’ve finally learned Andrew Cuomo got a $4 million book deal for his account of defeating Covid-19 before he actually defeated Covid-19, maybe it’s time to reconsider how we signal the value of a book deal to the general public.

As of now, the only clues we have about any given advance are found in the Publishers Weekly deal code, which occasionally features in announcements:

What I’m proposing here is a deal code that is honest about what it means for a writer to get a book deal.

A Deal
You get yourself a six pack of tallboys and pay off some of the interest on the electric bill while watching old episodes of Hoarders.

Ok Deal
You briefly consider letting your HBO free-trial roll over into paid territory but think better of it and pay off .25 percent of the interest on your student loan debt.

Pretty Ok Deal
You splurge on another fancy notebook that will remain two-thirds empty until you die; briefly consider going to the non-student dentist.

Good Deal
You consider paying back your brother for the time he covered your airfare but fuck that asshole, he’s loaded; take your close friends out to get drunk.

Kind of Pretty Good Deal
Wait, is this the year you might actually owe taxes to the government? You head to Marshall’s for a book tour outfit.

Really Good Deal, Actually
In an emotional series of online interactions with your oldest and steadiest relationships, you pay off the debt on four of your six credit cards; you consider becoming a “person who camps.”

Wow, Shit, This Deal
CAUTION: you’ve entered semi-serious Zillow territory; maybe you can have an island in your kitchen… a study… Oh wait, you’re not even close to paying off your student debt.

Fucking Hell, This Deal
You buy your parents the couch they’ve been refusing to get themselves for a decade; you let one of those autoplay ads for Viking River Cruises play all the way through; lo and behold you actually pay off a big chunk of student debt and start going hard on Zillow. Maybe life isn’t just a series of anxieties?

Amazing Deal
You wonder who you have to know to hunt people on an island.

The Governor’s Deal
No one will ever love you, not even papa.

Is This is a Prank
Travel around Europe forever until you get yourself good and Ripley’d.