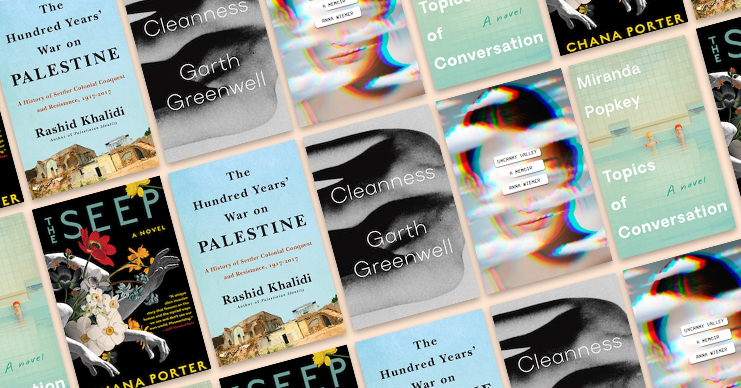 Editors’ Note: This month, in addition to our January recommendations from staff and contributors, we’re including a few picks from December—they were just too good to leave in 2019. 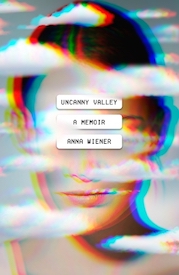 Uncanny Valley, Anna Wiener’s memoir, is a coming of age story for the age of surveillance technology. Based on her viral 2016 piece that crashed the n+1 website, Weiner’s book feels destined to be a key and lasting portrait of a crucial moment in our relationship with tech culture: a perfect blend of humor, shrewd insight, and earnestness that illuminates how so many intelligent and optimistic people can be seduced by the glittering promise of a world made more efficient and better by friendly corporations (and catered lunches). Read this book! 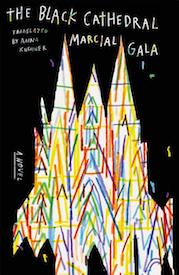 Marcial Gala’s The Black Cathedral (translated by Anna Kushner) isn’t an easy novel to pin down: it abounds with narrators, and its sprawling narrative can feel overwhelming at times. But what ultimately emerges is a story of family, an account of a transforming Cuba, an exploration of religious devotion, and a harrowing tale of a sinister man engaged in horrific acts. The Black Cathedral might not be what you first expect, but its unpredictability serves as one of its many strengths. 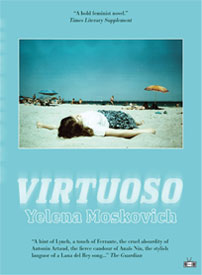 The prose poem-esque vignettes that make up the novel Virtuoso are propulsive and exact and Yelena Moskovich’s language oozes with sensory experience. Taking place in Prague, Paris, Wisconsin, Boston, and other locations, Virtuoso is a queer and transnational novel that hypnotically dunks the reader into every scene. “[Zorka] had spun Tammie’s globe one last time before leaving,” Moskovich writes. “She placed her index finger on the spinning surface like a needle to a turning record and listened to her nail run across the grooves of continents.” 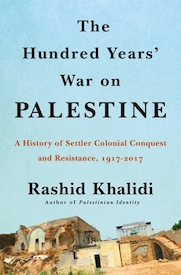 Focusing on six declarations of war, this book tells a century’s history of colonialism from a Palestinian perspective that is often erased from academic and Western political discourse. Khalidi draws on familial archives, from documentation of his great-great-uncle and former mayor of Jerusalem, Yusuf Diya al-Khalidi, which debunks several colonial myths imposed on pre-Balfour Palestine, to stories Khalidi’s father revealed to him just months before passing. This book is a masterful work of scholarship and personal history excavating unlike any I’ve seen before; this will become a major force in the Palestinian historical cannon in the years to come. 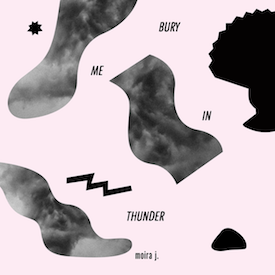 Moira J’s debut poetry collection, Bury Me in Thunder, is one I’ve been anticipating for a while now. These poems weave Indigenous folklore into their history making, on both an intimate familial level, and in building a larger portrait of the post-colonial American landscape. Their poem from the collection, “Creation Myth Along the Black River,” re-imagines the speaker’s birth occurring on “a riverbank of irises,” “in a cradle of tender purple that bloomed and bloomed,” instead of a birth into a shattered family mythos. These poems dare to resist in their re-imaginings, to gift us a new tenderness, despite. 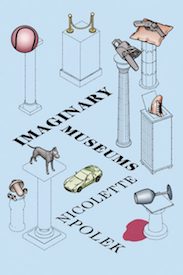 When a foreign substance enters an oyster’s shell, one of its organs generates the same material that the shell is made of to encase the foreign object, to protect itself. Or: when an oyster gets a splinter, it produces a pearl. This is what the stories in Nicolette Polek’s debut collection, Imaginary Museums, remind me of. It’s a world we recognize, but something is always very off. In the first story, a woman carries a rope barrier with her everywhere, to separate herself from the world. In another, at the supermarket, “a group of people circle their carts around a watermelon display like a death dance.” Something sinister is always lurking in each of these tightly-coiled, polished gems.

Speculative fiction rarely depicts alien invasions as benevolent, but Chana Porter’s delicious first novel, The Seep, does just that. Bodiless, multi-dimensional aliens—“the Seep”—have communed with humanity, helping our poor, flesh-anchored souls to see that life and meaning extend beyond the corporeal, are rooted in the interconnectedness of everything. Whatever humans can imagine is now possible, including the complete avoidance of pain, regret, and despair. The only problem? Those are exactly the things that make us human. The Seep is a glorious interrogation of human feelings and relationships and how they shape who we are. 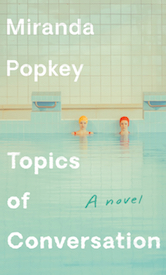 In Popkey’s debut novel, a narrator recounts a series of encounters, of conversations spread over 17 years, from 2000 to 2017. Almost all are between women, and the eponymous topics of conversation are just what you might expect: desire, sex, self-loathing, art, being children, being parents, being lovers. Popkey is the closest I’ve read to a millennial Rachel Cusk, but the real pleasure in this novel is the cadence of her sentences, looping and digressive, self-editing—these are sentences that show their work, and the effect is mesmerizing. “Conversation is flirtation,” our narrator tells us. “Tease out enough rope and the listener, she’ll hang on your every word.” Consider me seduced. 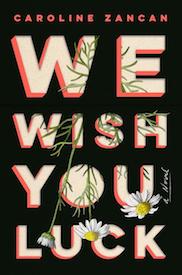 Well, this novel is literary catnip if I’ve ever seen it: young writers, bad teachers, revenge, poetry. A Eugenides-esque chorus of students narrate the events of their time at a low residency MFA program in Vermont (the author graduated from the Bennington Writing Seminars, and is now a senior editor at Henry Holt), piecing together what they know, imagining what they don’t know, and telling the story of what happens when one brilliant student dies, and when the mysterious girls who love him make it their business to make those responsible pay. 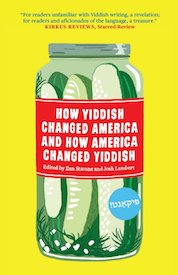 Who could resist the lure of a jar of kosher dills on a bright yellow book cover? Not I. In addition to the pickles what the cover promised was a certainty that the work represented on its pages, between essays, fiction,poems, cartoons, etc., would be co-chosen by the indefatigable Ilan Stavans, whose work I have followed for years. Divided into 6 parts, starting with “Politics and Possibilities” and ending with “The Other Americas,” one cannot help but be amazed by the breadth of Yiddish documents that have been found and preserved from the past, while marveling at the more contemporary writers who have added richness and are keeping Yiddish alive. This book is utterly fascinating and a true cultural artifact. 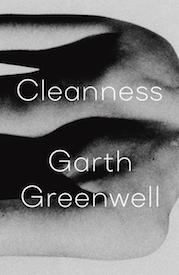 “Oh god,” I yelled out on page three of this novel. My husband poked his head into the bedroom. “What?” I buried my face, in distress, in literary ecstasy, in relief. “I just love him so much,” I said. “He’s still so good. The sentences!” “Ok dear,” said the retracting head. But the intense elegance of Garth Greenwell’s prose—even when he’s describing rough sex or embarrassing passes or drunkenness—always startles me. It’s insane that anyone should be this good at writing, that anyone should be able to stir up the emotions of strangers so quickly, so deftly. This novel, like Greenwell’s first, What Belongs to You, is set mostly in Sofia, Bulgaria; also like his first, it is a profound meditation on love and ways to love; also like his first, it is sad, beautiful, and cathartic. It may stir up feelings you didn’t know you had, or those you didn’t want to face. But you’ll be glad you did, in the end. 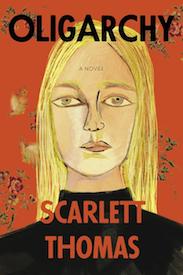 In Thomas’s latest, Tash, the 15-year-old daughter of what she has only recently discovered is a Russian oligarch lands at a minor boarding school in England, where all of the girls are obsessed with a) the legend of Princess Augusta, whose portraits coat the walls, and who may or may not have been “ravaged” by a sultan, and b) starving themselves. Tash quickly joins in, but eventually she begins to wonder if there is something more behind the institution’s reputation for anorexia. Like all of Thomas’s work, it is weird, and clever, and dark, though it’s rather smaller in scope than 2015’s The Seed Collectors. 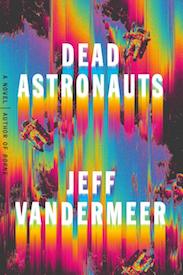 To be completely honest, I was drawn to Dead Astronauts by the cover—astronauts floating in a rainbow distortion. The title and author’s name look like both the moment before and after switching a television channel, the cover is trapped between the two. Abby Kagan’s design is apt as the three astronauts in this novel are both living and dead, even merging with past and present selves among different timelines. They travel together continuously fighting an untitled Company in an untitled City in a universe (or many) filled with strange creatures who may or may not be trustworthy. This was my first time entering Jeff Vendermeer’s world, and I still felt very connected despite not having read Bourne or Annihilation. The prose was so gorgeous instead of re-reading it for narrative clarity, my motivation was more so to admire the flawless composition. 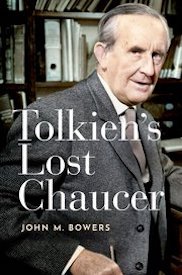 Tolkien was a fixture in my childhood—my brother and I have spent many hours rewatching The Lord of the Rings movies and discussing the books, and since we rarely agree on anything, this was quite the treat. Tolkien’s Lost Chaucer brings forth 30 years’ worth of Tolkien’s unpublished criticism on Chaucer, annotated proofs and accompanying notes, even relevant letters and lectures. What could be more exciting, for a proper fan, than the prospect of getting to know the other side of Tolkien, the one in academia who spent hours analyzing a text’s language and the function of storytelling? What better way to reach into your favorite fictional universe than to take a look into the author’s mind and understand what led him to create it? 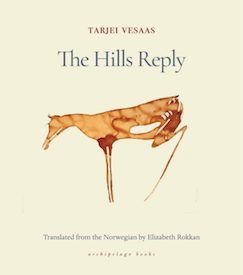 Norwegian writer Tarjei Vesaas (also the author of The Ice Palace and The Birds) writes with an unassuming wonder that fills each moment with beauty and dread. The Hills Reply was Vesaas’ final book and in a hallucinatory fashion it again renders the smallness (but also precision) of the human mind against the immensity of the natural world. Vesaas is amazing in any season, but especially winter. 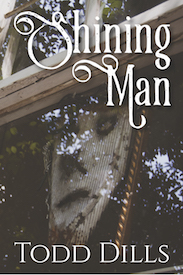 It’s been far too long since a new novel by Todd Dills has entered the world. His debut Sons of the Rapture was the kind of next-generation surreal Southern novel I wish there were more of. Full disclosure: I’ve spent time on the road with Dills and blurbed this new one, so I’m not exactly impartial. But I will say that Shining Man is a novel that involves performance art, NASCAR, radical politics, and more than a few hat-tips to the literary legacy of Ralph Ellison. If that doesn’t pique your interest, I’m not sure what will. 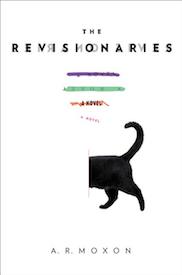 In this very funny book, a street preacher and his ragamuffin congregation try to make sense of the end of the world. Strange, shadowy figures appear on street corners, while a foreboding sense of doom settles over the neighborhood. The direction of the plot is sometimes as mysterious as the characters, but it’s always imaginative and suspenseful. Line-to-line the sentences read as if wrought like a figurative vine on an iron gate, which is to say, they are wonderfully complicated but sturdy as old metal. It’s one of very few epic-length books I will probably read again. And again. 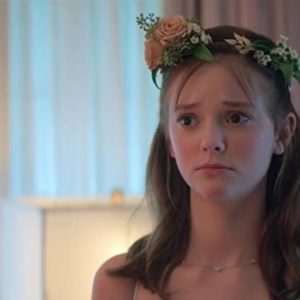