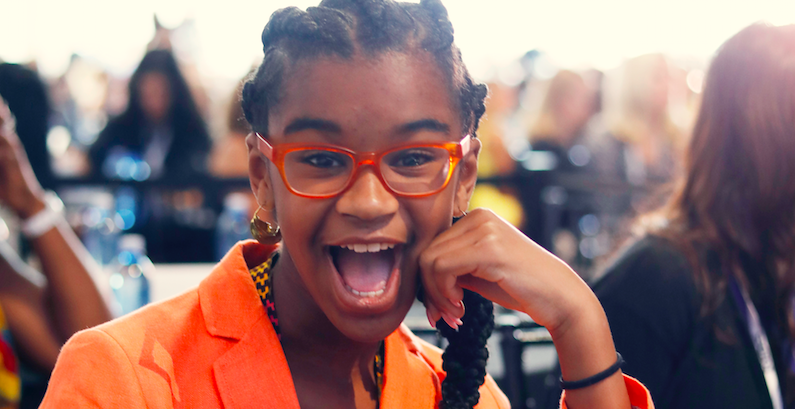 #1000blackgirlbooks founder Marley Dias was one of the best parts of last night’s DNC.

The Democratic National Convention has begun, and this year, it’s refreshingly personal, with the majority of statements and speeches coming from inside people’s homes—or backgrounds of varying oddity. Among the highlights: Megan Rapinoe has utterly mastered both monochromatism and lighting; Bernie Sanders appeared in front of about a dozen bundles of firewood; and Amy Klobuchar spoke from a deep, dark void. Others chose to forgo the Zoom format entirely, with U.S. Senate candidate Sara Gideon speaking from what appeared to be the side of a cliff and John Kasich from a literal crossroads, in case you didn’t get it.

While Amtrak captured our hearts and Michelle Obama brought us a call to action, Marley Dias also stood out, with a Zoom game better than most: The founder of #1000blackgirlbooks appeared from her home in West Orange, New Jersey, with impressive poise and in front of a large array of books. Dias told host Eva Longoria that, during the coronavirus pandemic, she has been hosting virtual read alongs and that she’s been energized by the digital activism she’s seen taking place among her peers lately. 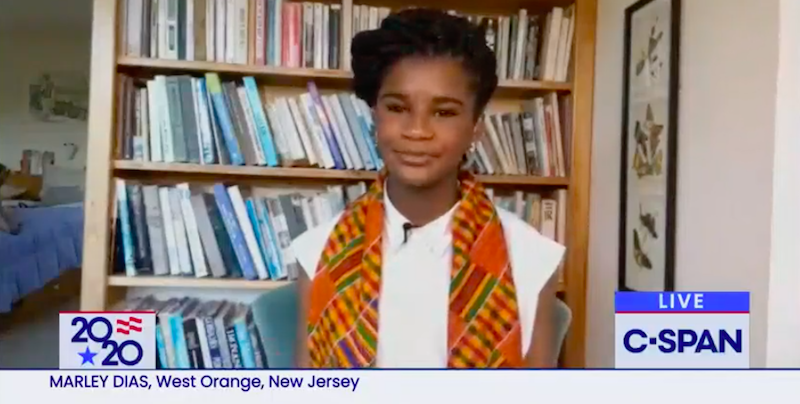 “I really want to focus on activism and still spreading important messages, given the fact that I can’t go out,” she said. “[It’s] fun to see teenagers like me going on social media and talking about social issues and injustices that they care about, because sometimes you don’t have that space in school.”

Dias added she hopes when students return to school, “we will still have these conversations.”