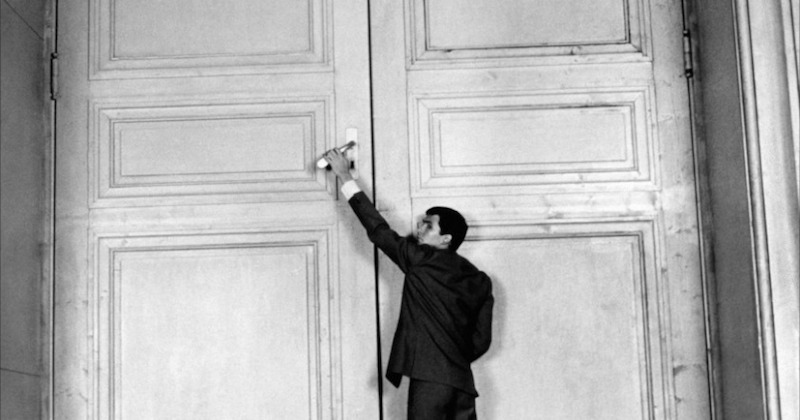 10 Songs for Franz Kafka’s The Trial

Playlist for a Bureaucratic Nightmare!

“The essence of my unmusicalness,” wrote Franz Kafka in his diary, “consists in my inability to enjoy music connectedly; it only now and then has an effect on me, and how seldom is it a musical one. The natural effect of music on me is to circumscribe me with a wall, and its only constant influence on me is that, confined in this way, I am different from what I am when free.” How. . . well, Kafkaesque, I suppose.

If you’re reading this space, or if you’ve studied in any American high school, I probably don’t have to tell you what The Trial is all about. But in case you’re an Ozzy fan who’s simply wandered over: first, welcome, and second, The Trial is a novel about a man accused of an unknown crime by an unknown authority, ordered to show up at a strange court at an unknown time. His attempts to clear his own name—or even to find out what, exactly, is going on—are futile, and his predicament becomes increasingly surreal. It’s a claustrophobic, oppressive novel, bleak, but not without some slivers of humor. Everything in this novel is complex, too complex to comprehend, and perhaps not even real, and everything is dark.

As the nights get longer and stranger, a playlist to soundtrack Kafka’s most famous novel.

At the beginning, despite its oppressiveness—that muffling overlay—this song is almost hopeful, with the lilting pipes in the background. But slowly, as the song goes on, the pipes slowly begin to sound a bit demented, and then frankly shrill, and then at some point you realize that your shoulders are up by your ears and you’ve been driven half-mad by this surrealist soundscape.

As its title suggestions, the point of this piece is that you play it as slowly as possible. Or to be more precise: Cage has never specified how long it is supposed to last, so it’s open to interpretation. One performance of the piece began in 2001 in a German church, and is projected to conclude in 2640; the chords change every few months. So there’s a pretty good allegory for bureaucracy.

Ominous and somewhat nonsensical, while also swearing that everything is quite all right; I imagine this song as the hypnotic dance of the mysterious agents who appear to arrest K.—and later to kill him.

Nearly ten minutes of the walls closing in. Both sonically and lyrically, it might as well be the internal bleat of K., our hero: “Where can I run to now?/ The joke is on me/ No sympathizing god is insanity, yeah/ Why don’t you just get out of my life, yeah? . . .”

The relentless back beat, the twitchy snippets of imperceptible information, the ghostly melody: this is a song for getting utterly lost in a never-ending labyrinth, whether actual or imaginary.

This must be what it feels like to have the voice of an all-powerful, utterly indifferent God echoing in your head.

It’s beautiful, sure—but it also makes you feel a little bit like you’re trapped inside a beating heart built from metal gears and paper walls. This is another one that creeps up on you: at first it sounds almost relaxing, but soon you’re surrounded by whispers and wheels.

This sound poem makes me deeply uneasy; it’s something akin to the feeling of being followed on a dark night full of corners—or at least the soundtrack to same.

“Descent into the Inferno,” Foetus

This track appeals to the gritty, smoky, but still-absurdist quality of the novel, which I have never found quite as cold as other people. In fact, it’s all a little silly, much like this song.

No one is more goth than Kafka.

Listen to this song to understand—with your whole body, mind you—the true meaning of “Kafkaesque.” 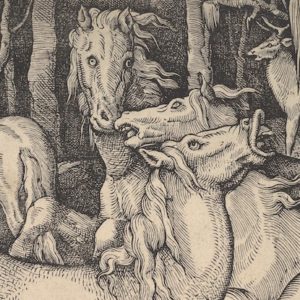 “…there is no denying the wild horse in us,” says the hero of Virginia Woolf’s third novel, Jacob’s Room, “To...
© LitHub
Back to top