Over Eight Hundred Years of the Writing Life, From Athill to Wouk

I’m not sure when British citizens started using the abbreviation “OAP” for “old-age pensioner,” but I have to admit that I prefer it to some of the derogatory terms I hear thrown around in our country: “Q-Tips,” “codgers,” “biddies,” and so forth. At least “OAP” is shorthand for a bureaucratic term and not a direct attack referring to physical ability or appearance.

All of the authors on this book list qualify as “OAPs,” but not only are they all revered—they’re all still producing strong work (hence no Philip Roth, here, since he has famously retired). When I saw that Diana Athill and Herman Wouk had new books out this month, I knew it was high time someone called attention to writers who have lived before paperbacks, after ebooks, and experienced everything in between.

As for the list’s makeup, it includes authors over life expectancy ages (76 for men, 79 for women) who are still living. I’m very happy it’s 50-50 female/male; it’s also 50-50 British/North American. There are absolutely other names I might have included, and I welcome your choices in the comments. The most important thing about this list is that it shows artistic drive doesn’t necessarily wane as years pass.

Diana Athill’s Alive, Alive Oh! And Other Things That Matter proves that the woman of (lively) mind and long literary career who gave us Somewhere Towards the End in 2009 has much still to share. She is 99 this calendar year and thank goodness—who else would be able to describe a working English garden of the 1920s (her grandparents’) including the wool-felt “Jemima” overshoes everyone wore to come inside? But even if one is drawn in by Athill’s reminiscences, one stays for her discerning observations about her life today, and the lessons she keeps learning.

Every Third Thought: A Novel in Five Seasons by John Barth may be his most recent work of fiction, but his most recent work about fiction is 2012’s Final Fridays: Essays, Lectures, Tributes & Other Nonfiction, 1995—. That final em dash says it all. If the nonfiction is going to keep coming, maybe, at 85, the fiction will, too? While Barth wrote his famous essay “The Literature of Exhaustion” in 1967, he clearly hasn’t exhausted his critical mind, or his love for the literature to which he’s made so many important and original contributions.

How I wish Jane Gardam had a new book coming out, but I mustn’t be greedy—The Hollow Land arrived last January. Gardam, at 85 a mere babe to her countrywoman Athill, didn’t begin writing until her forties, when she published a children’s novel titled A Long Way from Verona. Most contemporary readers know her linked novels Old Filth, The Man in the Wooden Hat, and Last Friends, reissued by Europa Editions. If you haven’t read them, put down the Ferrante and prepare for a wholly different kind of literary examination of friendship.

Latest Readings by Clive James is quite the understated title; this 2015 collection details what must just scratch the top of the erudite native Aussie’s TBR pile. He finds reading “more rewarding than ever” at 76; in fact, now he is “fit to be a proper student” of literature. Having honed his nib on decades of cultural criticism (which sometimes included books, but also TV, theater, film, and radio), James veers happily from Naipaul to Sebald and Albert Speer to Patrick O’Brian. Do not pick up anything else after reading this save the author’s hilarious Unreliable Memoirs.

Toni Morrison’s 2015 God Help the Child garnered mixed reviews, with some critics saying the novel’s characters were less than fully developed. But the soon-to-be-85-year-old novelist didn’t simply smile sweetly and accept that criticism as the flip side of her career’s considerable acclaim; instead, she said “I’m writing for black people… I don’t have to apologize or consider myself limited because I don’t [write about white people].” “Some people just close when they get old,” she says. “But if you’re open, if you have been, you can rely on the lived wisdom of the elderly.”

Alice Munro released Family Furnishings: Selected Stories 1995-2014 less than two years ago. A notorious revisionist, she often has several versions of the same story published, and sometimes those versions arrive decades apart (see, for example, “Wood”). The attention to detail, from a character’s age to a small bit of punctuation, may provide a clue as to why Munro prefers the small, short-story canvas, although many believe her stories have the depth of novels. At the time of her 2013 Nobel win she’d said she’d stop writing. But… then came Selected Stories 1995-2014. At 84, she can’t seem to stop.

Let us now praise William Trevor, who in 2013 at age 85 had a short story (“The Women”) in The New Yorker. While the “Irish in every vein” Trevor has themes to which he returns, his work seems different and fresh in each volume; his characters speak through him, and not vice versa. “I don’t really feel that being Irish is the important thing,” he told The Paris Review. “What is important is to take Irish provincialism—which is what I happen to know about because it’s what I come from—and to make it universal.”

How did “The Country Girl,” Edna O’Brien, reach 85? That amazement has little to do with appearance—O’Brien remains sexy and elegant—and everything to do with her authorial voice, which retains just enough breathlessness and curiosity to seem like that of a much younger person. Her 2012 memoir was actually instructive about her writerly formation in repressed, rural Ireland, and that should whet everyone’s appetite for her March 2016 novel The Little Red Chairs.

Godfather of New Journalism Tom Wolfe’s last book was 2012’s Back to Blood: A Novel. Given that the dandy-ish 84-year-old Wolfe effects life as a kind of character (Those suits! That accent! The pens!), it isn’t surprising that some critics go after his cravat-covered jugular with glee. However, it bears reminding that Wolfe was, is, and remains at heart a journalist—an observer whose acute capture of American socioeconomic strata makes him as impossible to ignore as a fellow strolling down a Manhattan sidewalk clad in a spotless white-linen three-piece suit and Panama hat.

Herman Wouk is alphabetically last, emphatically not least, and a perfect finish for this list, at 100 years old (“Herman Wouk is still alive” is what autofills first in Google). Sailor and Fiddler: Reflections of a 100-Year-Old Author demonstrates that to be a person on whom nothing is lost may be the most important quality a writer can have. Wouk’s reminiscences about his World War II navy enlistment, his radio scriptwriting days, his long and productive marriage (Betty Sarah Brown was also his literary agent) and, oh right, a little work known as The Caine Mutiny—these aren’t mothballed chestnuts. They’re stories told with humility and joy.

The Importance of Reading While Pregnant

Ostend: Stefan Zweig, Joseph Roth, and the Summer Before the Dark 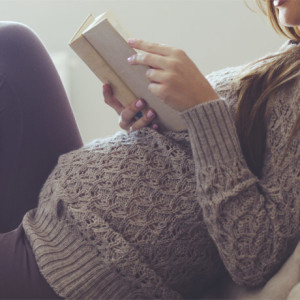 The Importance of Reading While Pregnant

The first thing I did when we found out I was pregnant was go to our local second-hand bookstore and buy a used 2002 edition...
© LitHub
Back to top
Loading Comments...