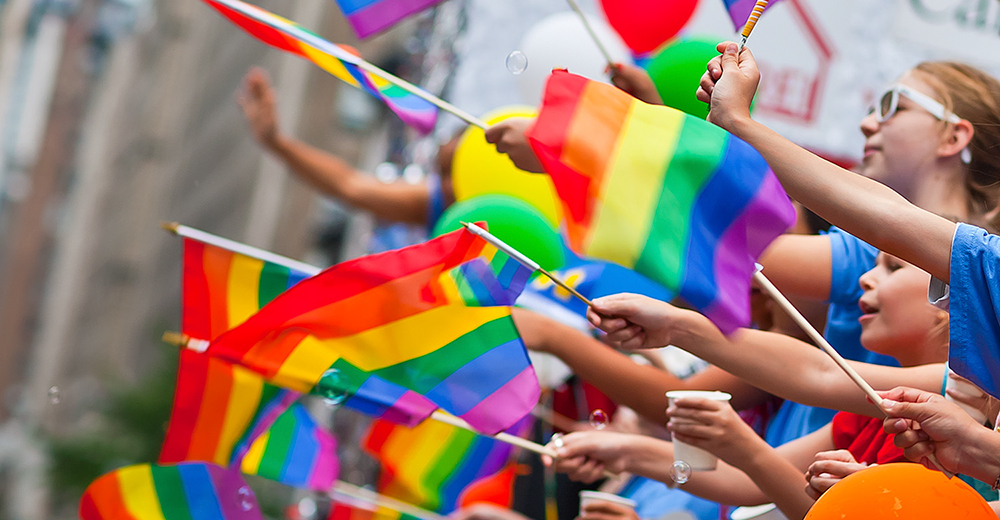 10 Books to Read for Pride Month

June is Pride Month, a time known for its colorful parades and endless amounts of glitter (which stick around for months after the celebrations are over). Though June was only officially established as Pride Month in 2000, members of the LGBTQ+ community have been celebrating their identities for hundreds of years. As members of the LGBTQ+ community know, pride is not always loud. Pride can be quiet, bittersweet, or even lonely. Pride does not always mean “out.” But pride can also be jubilant, victorious, and cathartic. This round-up is dedicated to celebrating LGBTQ+ pride in all of its many stages and forms. 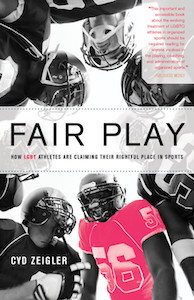 Fair Play: How LGBT Athletes are Claiming Their Rightful Place in Sports (Akashic Books), Cyd Zeigler examines the ways in which sports have been transformed for LGBT athletes. From locker rooms to lawsuits, sports haven’t always been the friendliest places for anyone who doesn’t identify as straight or cis gender. In Fair Play, Zeigler shares the stories of those athletes who are working to bust through the prejudices and stereotypes, including NFL Hall of Famer Michael Irvin, transgender MMA fighter Fallon Fox, and NFL hopeful Michael Sam. This book is one part history and one part anthem, and will resonate with anyone who has played on a team but not felt a part of one. Jon Wertheim, the executive editor of Sports Illustrated, called Fair Play “the definitive book on LGBT issues in sports.” 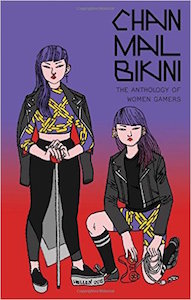 Chainmail Bikini: The Anthology of Women Gamers (Alternative Comics) by Hazel Newlevant and Sophie Yanow is a collection of comics about the ups, downs, and inside-outs of being a “gamer girl.” While not explicitly an LGBT-anthology, many LGBT authors are featured, and there’s an emphasis on how gaming can build safe and accepting spaces for identity expression and reclamation. This book is the definitive guide to navigating geek culture as an LBT+ femme. As Anna Anthropy, a trans woman, gamer, and artist, shares in Chainmail Bikini, “We don’t have much input in the stories we’re given: they’re written for us, and we aren’t usually consulted. But we learn to tell our own stories. . . The names we pick for ourselves are our true names. The way we see ourselves is the True Sight.” 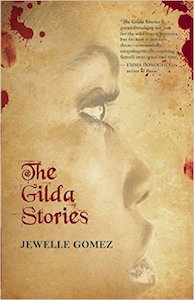 The Gilda Stories (City Lights Books) by Jewelle Gomez is the original cult classic lesbian vampire story. If you’re a fan of Buffy, Twilight, or TrueBlood, but have ever found yourself thinking, “hmmm… this seems like the same story over again” please, pick up The Gilda Stories. This novel follows the journey of Gilda, a young black woman in 1850s Louisiana who learns about freedom while working in a brothel, where she is soon initiated into eternal life (and, you know, falls in love with women and stuff). But don’t stop there: The Gilda Stories isn’t all romance and fluff. It dives unflinchingly into explorations of blackness, radical ecology, re-definitions of family, and the politics of eroticism. 2016 is the 25th

anniversary of the original publication of The Gilda Stories, proving that powerful literature is the best brand of immortality. 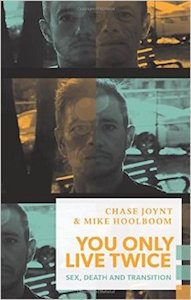 You Only Live Twice: Sex, Death, and Transition (Coach House Books) by Mike Hoolboom and Chase Joynt is a genre-transcending book that explores two artists’ lives before and after transitions: from female to male, and from near-dead to alive. It takes an unapologetic look at the struggles and joys of being LGBT+ that are often swept under the rug during mainstream discussions of gay rights. Part memoir, part cultural theory, this book maintains a stubborn optimism, asking intimate questions about what it might mean to find love and hope through conversation across generations. Maggie Nelson, critically acclaimed author of The Argonauts, says that, “Chase Joynt and Mike Hoolboom here give each other the gift so many people only dream of: ample, unhurried space to unspool crucial stories of one’s life, and an attentive, impassioned, invested, intelligent receiver on the other side.” 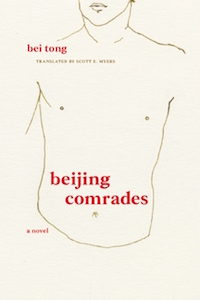 Beijing Comrades (Feminist Press) by Bei Tong, translated by Scott E. Myers is the first English language translation of the cult novel originally published anonymously on an underground gay website within mainland China. If you’ve ever wished for a healthy dose of socioeconomic critique with your paperback romance, this is the book for you. It’s the story of a tumultuous love affair between Handong, a ruthless and wealthy businessman, and Lan Yu, a naïve, working-class architectural student. Beijing Comrades is unafraid to ask difficult questions about love, power, and what we’re willing to do for both. 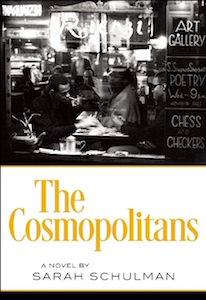 The Cosmopolitans (Feminist Press) by Sarah Schulman is a modern retelling of Balzac’s classic Cousin Bette. It’s a raw and compelling tale of two unlikely friends, cast out of their own families, who search for understanding in 1950s Bohemian New York City. The vivacity of Schulman’s characters, from Earl, a black, gay actor working in a meatpacking plant, to Bette, a white secretary, to the city itself, stay true to the grit and gloss of midcentury Manhattan. The truths The Cosmopolitans draws from the human need for love and recognition will linger with you long after the book is closed. 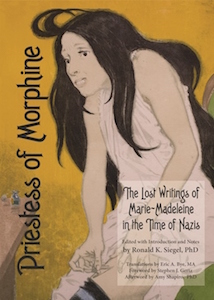 Priestess of Morphine: The Lost Writings of Marie-Madeleine in the Time of Nazis (Process Books) by Marie Madeleine and Ronald K. Siegel is a collection of writings from the lesbian poet and novelist, born Gertrud Günther. Marie-Madeleine is the definition of a boss. She wrote erotic gay poetry and graphic accounts of drug use in the middle of Nazi Germany, publishing almost 50 works over the course of her lifetime, and never letting fear for her wellbeing or reputation stop her. Her stylings range from the meditative and thoughtful to the raw and sexy. This collection is the first time her writing has been translated into English. 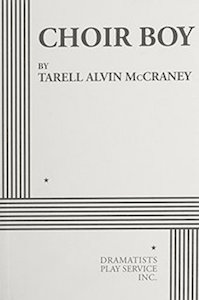 Choir Boy (Theatre Communications Group) by Tarell Alvin McCraney is a stirring new drama about navigating life as a black gay youth. The protagonist, Pharus, wants nothing more than to take his perceived rightful place as the leader of the Charles R. Drew Prep School For Boys’ legendary gospel choir, but can he find his way inside the hallowed halls of this institution if he sings in his own key? This play is one of the most crucial pieces of literature, asking what it means to occupy multiple conflicting identities, particularly in a time when the poster boys for LGBT+ rights are typically white gay men. It’s heartwarming, lyrical, and difficult all at once. The Village Voice praised New York Times’ Outstanding Playwright Award Winner McCraney’s writing in Choir Boy as “holding its own, locating poetry even in the casual vernacular and again demonstrating his gift for simile and metaphor.”

The pride continues all year long, starting with these titles, available in July! 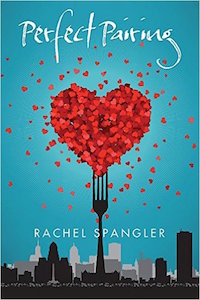 Perfect Pairing (Bywater Books) by Rachel Spangler is the ultimate foodie lesbian rom-com. It tells the story of Hal Orion, a free-spirited chef, and Quinn Banning, a driven investment banker, whose paths collide when Quinn makes Hal an offer she can’t refuse: a restaurant under her own name, complete creative control, and secure financial backing. But Hal utters the one word Quinn can’t stand to hear, “No.” Will their physical attraction grow cold as they argue over their ideals, or will they find that the most distinctive ingredients often make for the perfect pairing? Written with equal parts humor and candor (and, of course, grilled cheese!), Perfect Pairing is a heartwarming romance novel for anyone who’s ever wished the Food Network also aired dating shows. This novel will be published on July 12. 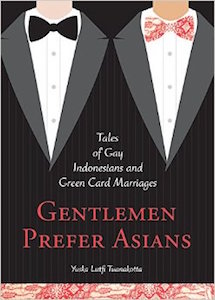 Gentlemen Prefer Asians: Tales of Gay Indonesians and Green Card Marriages (Stone Bridge Press) by Yuska L. Tuanakotta is a funny, incisive, and touching collection of personal essays. When Tuanakotta and two of his friends immigrate to the United States from Indonesia, they are inundated with shirtless joggers, same-sex displays of affection, and a constant drive to psychoanalyze. Tuanakotta uses humor to look at the nuances and hierarchies in American gay culture that are often taken for granted. Gentlemen Prefer Asians will be published on July 12.

What My Parents Really Think About My Memoir of Alcoholism 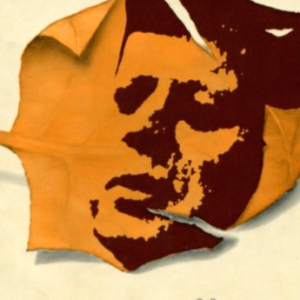 Each month, I recommend five works of mystery, crime, suspense and fiction, new or old, with no agenda other than to share...
© LitHub
Back to top
Loading Comments...