Zinzi Clemmons on Cutting Away the Obvious

This week on WMFA, we revisit our conversation with Zinzi Clemmons, author of What We Lose, on writing grief, experimental literature, and the author who changed her life.

Courtney Balestier: Do you feel like you have a natural form, or does it feel best to you to just keep moving around?

Zinzi Clemmons: My natural form is definitely vignette style, and I kind of change it up at different times, but I definitely tend to write in these little short sections. One way that someone in one of my workshops described my writing one time, and I always thought it was very accurate, was as writing in negative space. So I tend to write around a topic. I never say what I mean. I write on the edges of what I mean, and then I let the reader discern what I mean. That tends to always be how I write, and I think that naturally sort of lends itself to vignettes because there’s only so much you can say when you approach it that way.

Courtney: That’s really interesting. Were you aware that you did that until it was pointed out to you, in so many words?

Zinzi: You know, it’s only when things are pointed out to you that you really kind of accept it. I found myself doing that a lot. The way that I tend to work is I’ll start out with something more traditional, something more linear, and then I’ll just start cutting away those things that seem too obvious to me. Really, my thing is always, I’m not an easy answer person, and I’m not a single answer person. So I’ll write something and then I’ll take out the answer part and that just feels natural. I find myself in my process doing that a lot. But you don’t always know what affect your writing has on people. It’s really hard to see outside of it, so when that person said that, it rang very true. It was something that I recognized on some level, but when she said that, I accepted it as truth.

Zinzi Clemmons was raised in Philadelphia by a South African mother and an American father. Her debut novel, What We Lose (Viking 2017), was named “Debut Novel of the Year” by Vogue, and received praise from the Atlantic, the Guardian, the New York Times, The New Yorker, and others. What We Lose was a finalist for the Aspen Words Literary Prize, the California Book Award, a Hurston/Wright Legacy Award, and the National Book Critics Circle Leonard Prize. It was longlisted for the Andrew Carnegie Medal for Excellence in Fiction, Brooklyn Public Library Literary Prize, and the International Dublin Literary Award. She is a 2017 National Book Award 5 Under 35 Honoree. She wrote the foreword to a new edition of Jean Toomer’s Cane, published by Penguin Classics in 2019. 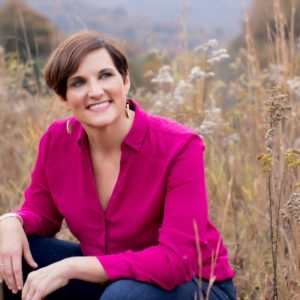 This week, Kendra speaks to Annette Saunooke Clapsaddle, author of Even As We Breathe, out now from University Press of Kentucky. From...
© LitHub
Back to top