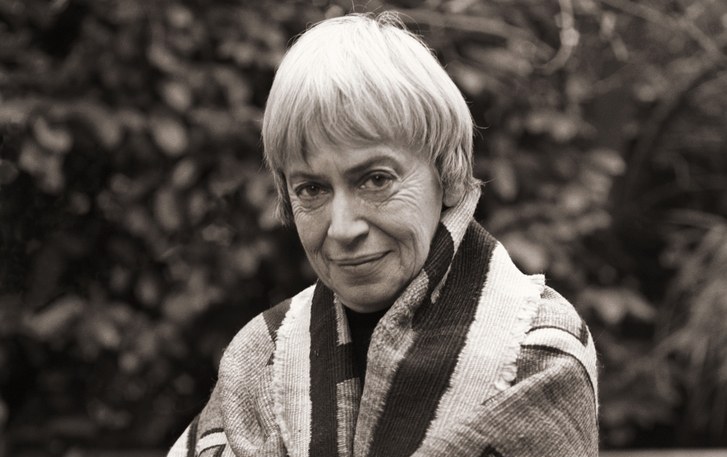 “We see her act of resistance.”

I discovered the work of Ursula K. Le Guin after her death. The first book of hers that I read was Danser au bord du monde—paroles, femmes, territoires, published in France in 2020 (published in English in 1989). Her work, her language, her writing, were completely new to me. I wondered how it could have been that a literary oeuvre that was so important and fundamentally political had escaped my notice for so long. There’s an abyss between us, the people who live within a Western conception of the world, and those whose memory remains tied to the world before this conception set in. I held Danse au bord du monde in my hands, and I experienced the world anew.

This might shock American readers. But I have to say I live in Europe. In France. A country that has erased everything that could have informed us about difference. Ursula Le Guin was born and grew up in a place that was marked by the living memory of an agony of a people. That of the Native Americans. She was born where the last great human invasion took place. The displacement of millions of people from, mostly, Europe and Asia, but also by millions of others torn from the African continent and subjugated to slavery. And an ethics was born from this inhumane movement, an obligation to tell the story. The story of those who can still bear witness to the world that was lost. Buried. In Europe, this was no longer possible. This repopulation had taken place thousands of years ago. A single group of people tried to last till the end. Of this disappearance. And in Europe, they were reduced to ashes in the gas chambers.

It isn’t easy for us, the men and women of Europe, disaffected from every link and tie to the “magical” world, to recognize, to feel for, to live in the world of those people who still keep alive in them this connection. Which meant for them the right to perceive and live in space, to live life, according to practices that entirely escape our understanding. It’s almost impossible for us to understand that. What is foreign to us remains foreign to us, whatever science may say to the contrary. With the one exception that if we try to immerse ourselves, truly immerse ourselves, in the world.

To read Ursula Le Guin is to experience what was conceivably lost to us.

Ursula Le Guin, by the power of the urgency of her thinking, remakes, in front of us, the world. She incessantly remakes maps. But this means that we must undo the constructions that constrain us. We have been shaped by the obligation to make choices. To take a path, a route. But along with this comes the reduction of all wonder. And the world that results from this holds us at a distance from all poetic power and sensible connection to the world. And this perpetually increases. Which keeps us increasingly distant from what could be possible for us to think.

We lose our ability to evoke obliquely, to think through supernatural invention. We don’t know how to do it any longer. We don’t know what to do, and Ursula Le Guin intervenes to show us how it is possible. By her writing, her intelligence, and her culture, she is the living, active memory of what we think of as having been buried in the distant realms of the American West. And the range of the power of what she invokes defies reason. In this, we see her act of resistance. Her science fiction was possible only because America saw the last of the great human invasions. And so it was the last cemetery of what “culture” or “the World” had been before Western hegemony. At that stage, in the moment of conquest, America became the largest repository of the living memory of humanity still in existence.

And from this cemetery, from these vestiges, traces are still alive. Ursula Le Guin is from that continent. That of Native American traces. From these vestiges and from the fear of the West in the face of its destructive capacity, she tried to open up a world to maintain the sensible experience of living. Ursula Le Guin produced a unique and unclassifiable body of work. Just as had been the chaotic moment of the arrival of Europeans on American soil. They came to survive. But the Native Americans couldn’t survive them.

In the US, Native American communities were able to guard the traces of the histories despite what we assumed to be the end of their world. It’s also possible to think of them as being the witnesses to the last great invasion perpetuated by people on people. And this witness, by its power, its quality, its density, is politically alive still today. It’s the result of a conception of the world forged by a social and environmental structure that developed outside of the geographic centers of Europe and Asia and their common practices. To read Ursula Le Guin is to experience what was conceivably lost to us. But it’s also to experience unsuspected lives. Our untapped capacity to make the world, if we want. And it’s possible as well to think along with Danser au bord du monde that our past is in front of us, while meditating on her sentence, “as for the future, for the meantime, we’re excluded from it.”

Matt Reeck lives in Brooklyn with his family. His latest translations include Selected Satire: Fifty Years of Ignorance (Penguin-Random House India) from the Hindi of Shrilal Shukla and the forthcoming Manifestos with Betsy Wing from the French of Édouard Glissant and Patrick Chamoiseau.

Zahia Rahmani is a researcher at the Institut national d'histoire de l'art in Paris. Her fourth book Avoir été migrant is forthcoming from Sabine Wespieser. Her exhibit "Seismography of Struggle" will be housed at the Carnegie Museum in Pittsburgh in 2022. 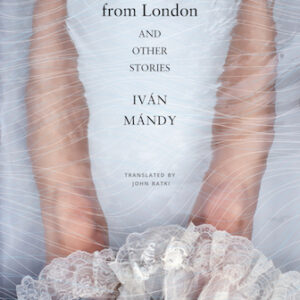 “I’ll be right back, kiddo…” Father stood up. Using two fingers, he lightly propelled himself away from the edge...
© LitHub
Back to top
Loading Comments...