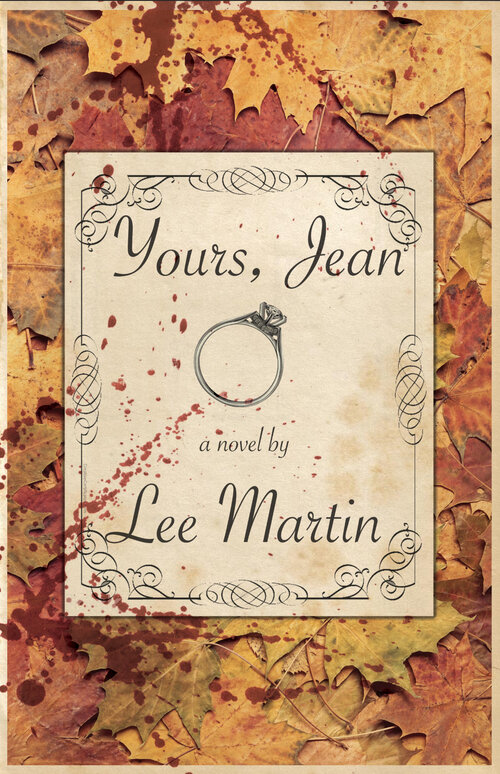 The following is excerpted from Yours, Jean, a novel by Lee Martin. Martin is the author of five novels, including The Bright Forever, a finalist for the 2006 Pulitzer Prize in Fiction. He has also published three memoirs and two short story collections, most recently The Mutual UFO Network, in addition to the craft book, Telling Stories. He is the winner of the Mary McCarthy Prize in Short Fiction and fellowships from the National Endowment for the Arts and the Ohio Arts Council.

Eleven miles to the east of Lawrenceville, the night clerk at the Grand Hotel in Vincennes, Indiana, heard the rattle of a key being tossed onto the counter and a man’s voice saying, “Checking out, bub.”

The man—a Mr. Charles Camplain—drummed his fingers on the counter. He rocked up on his toes and then back on his heels as if he could barely make himself stand in one place long enough for the clerk, Norville Rich, to attend to him.

Norville turned the page on the desk calendar from September 2 to September 3. Then he made a note in the private ledger he liked to keep: Wednesday, September 3, 1952: Sunny and clear with temps approaching 83 degrees. First day of school. A perfect day to begin.

“I trust everything was to your liking,” he said, making sure to raise his voice a tad. The night before, he’d taken note of the wire threading discreetly up from Mr. Camplain’s collar to the hearing aid in his left ear. “Your room, Mr. Camplain. I trust you spent a comfortable night?”

Mr. Camplain dipped a finger into the left side pocket of his suit coat, a gray flannel. Norville noticed the rectangular shape there, the one he’d first assumed to be a cigarette pack when Mr. Camplain checked in. Then he’d spotted the wire and the earpiece. Now he figured Mr. Camplain was fiddling with the volume on his hearing aid.

“Ducky,” Mr. Camplain finally said. “Aces all the way around.”

The Arrow Coach had brought him from Evansville to Vincennes, and Norville had watched him walk across Second Street and into the lobby of the Grand Hotel. He was smartly dressed, and he carried an oxblood leatherette suitcase, a Samonsite with brass latches and a monogram in gold flourish on a brass plate underneath the handle: C C E. His black hair was combed in a forward brush Ivy League cut. He wore a gray flannel suit, the flat edge of a maroon pocket square peeking up from his breast pocket. His black wingtips were polished and neatly laced. He carried himself with more confidence than his diminutive stature suggested he deserved. He was someone who had prospects.

The suitcase was sitting on the floor now, as Mr. Camplain removed a money clip from his trouser pocket and slid out a ten and four ones and tossed them onto the counter. The money clip was gold with a gleaming reddish-brown tiger’s eye. Norville noticed that Mr. Camplain wore a matching tie clip. It held a maroon necktie to his white shirt, a tie unlike any Norville had ever seen, with a geometric design of white circles overlaid with a white grid, the lines and circles intersecting like a game of tic-tac-toe gone mad. To look at it too long was dizzying.

“Say, that’s a snazzy tie,” Norville said. His own tie was narrow and striped, the knot loosened from his unbuttoned collar. “Yes, sir,” he said. “Catches the eye, if you know what I mean.”

“You must have been around.”

“What’s that?” Again, he reached into his pocket to adjust the volume on his hearing aid. “I was in the Army. Demo unit. I’ve got nerve damage in this ear.”

Norville started to repeat what he’d said, but then something fell from Mr. Camplain’s money clip and landed on the counter. It was a wallet-sized photograph of a girl. A pretty girl. Not movie-star glamorous—her chin was too long, her nose too much of a bulb—but a pretty girl all the same, a girl with a great smile and her wavy brown hair just a little frizzy. She looked like she was full of pep. She was looking right at the camera, which made Norville feel like she was looking at him.

“Careful, Mac,” said Mr. Camplain. “That dish is going to be my wife.”

He patted the right side pocket of his sport coat. “Got the ring right here.”

Mr. Camplain had some trouble getting the ring box out of his pocket, and when he gave it a tug, the barrel of what appeared to be a snub-nosed .38 poked up for just an instant before he pushed it back down.

Norville took a step back from the counter. He’d always worried that someday someone might catch onto the fact that there was a small safe under the counter, and it held a healthy amount of cash before the day clerk carried it to the bank. Norville had wondered what he would do if some thief held a gun on him and told him to open it.

“I’m a traveling man.” Mr. Camplain smoothed the flap of the pocket as best he could. “A traveling man can’t be too careful. Savvy?”

“Insurance. I’m with the State Security Life Insurance Company.” He opened the ring box and held it out to Norville. “How about you, bub? Will your loved ones be provided for after you’re gone?”

The truth was, Norville had no loved ones. No wife. No children. His mother had died a year ago and left him alone. He did have a friend, Miss Lorene Deveraux, whom he secretly took a fancy to, but he was fifty-three years old—too old, he thought, to wish for anything more than friendship.

The engagement ring was a thin platinum band with a modest diamond solitaire, the sort of ring Norville could imagine saving up his money to buy. The simplicity of the ring—its near homeliness—endeared Mr. Camplain to him. He thought he saw scratches on the band, but before he could be sure, Mr. Camplain closed the box with a snap and returned it to his pocket.

“What’s keeping you?” Mr. Camplain snatched up the girl’s photograph and slid it back into the money clip. “Nothing like the company of a good woman. I can tell you that.”

“Jean De Belle,” Mr. Camplain said. “Now, can I get a taxi? Gotta make hay while the sun shines.” He gave Norville a wink. “Lucky gal. She doesn’t know I’m about to change her life.”

From Yours, Jean by Lee Martin. Reprinted with permission of the publisher, Dzanc Books.

Behind the Mic: On Kent State by Deborah Wiles, Read by Lauren Ezzo, Christopher Gebauer, and More

The Political Message That Can Carry Democrats Through the Pandemic 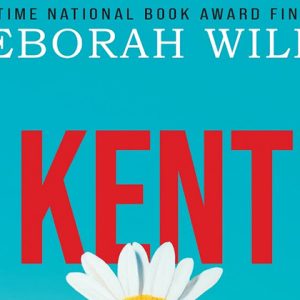 Behind the Mic: On Kent State by Deborah Wiles, Read by Lauren Ezzo, Christopher Gebauer, and More Every Monday through Friday, AudioFile’s editors recommend the best in audiobook listening. We keep our daily episodes...
© LitHub
Back to top