You Will Never Be Able to Thank Your Mother Enough

On the Inadequacy of Each and Every One of Us

There is a reason that a mother’s love, in its purest form, is visceral and even violent. This same reason explains the volatility of relationships with our mothers and why they often don’t make sense in logical terms. The reason is this: We are doomed by the nature of biological cycles to never be able to thank them enough for having facilitated our existence. For reasons I’ll explain, there exists a permanent deficit of appreciation toward our mothers.

Picture the moment you begin to grow in your mother’s womb. You have no speech to greet her although she’s probably talking to you already in whispers and in her thoughts. You are a kernel of futurity. You occupy her mind constantly, and many of her activities involve preparing for your arrival. She changes her diet, she reads about what’s best for you, she imagines what kind of person you’ll be. She watches the news and worries about bringing you here, to this death-drive civilization. People give her constant unsolicited advice and turn her into an alien yet holy allegory. You’ve changed her from a woman to a mother, which brings with it all kinds of unanticipated social consequences. She worries what you will do to her body. You are indifferent; you stretch it. Your presence changes the status of her relationship with her partner; something about you growing in between these two bodies alters the way they relate to one another.

Your arrival is marked by a tearing of flesh, something no one wants to think about. This physical pain will be an ellipsis in your mind when in your twenties you hastily scribble her a greeting card in the car outside her house on Mother’s Day. This is not what you think about when you respond with a couple of lines to her long, detailed, and grammatically meticulous emails. In the thoughts about your mother, you naturally omit the labor and blood of your own coming into being because you have no personal recollection of it and because it’s unpleasant to imagine. You cannot conceive of your conception nor of your birth. You cannot make the cognitive jump between the stretchmarks on her body and the very existence of your own. My own mother told me a joke once about a man who comes home to his pregnant wife sitting exhausted on the couch. He asks her, “What did you do today?” and she replies, “I made a lung.” This simple joke helped me realize an obvious fact that I’d never considered before: My mother grew me. Her body was the site and the circumstance of my being. Her bodily expenditures meant that I could live.

Were the resources she shared with me given or lent? The baby is in some sense a parasite that feeds off its host until it can live on its own. It can also be imagined as a plant or a pet or a project, a beautiful thing in which all energies and attentions are invested. This remarkable process of one person growing inside another like a matryoshka doll complicates our sovereignty as individuals. We know ourselves only as autonomous beings, but she knew us first as an extension of her own body. This smudging of the line between self and other must also contribute to the strange pulls and pushes of the mother-child relationship. A mother must wonder how something that sprang out of her own body could ever turn renegade.

So now you’ve made your entrance. You exist. But you cannot care for yourself. Your parents mobilize their energies and give you all the necessities for survival. For this reason, fatigue is a key feature of parenthood. As a miniature autocrat, your small will controls their world. You stink. You are cranky and needy, but they still bow to your authority. They would even kill on your behalf. Your mother’s body gives you food, warmth, and the sounds, smells, and textures of comfort. You still cannot say “thank you” yet. This continues for some time, but even when you finally acquire language, thanking your mother is probably not the first thing you do.

This first and constant postponement of gratitude is the principal cause of all motherly turbulence. To have a mother is to be in perpetual deficit of thanks toward her. This missing gratitude is a kind of high-interest loan that can never be paid back. She is asked by society to forgive this loan, to love you unconditionally because she chose to bring you here and because it’s her duty to give without taking. However, to be a mother is to be relentlessly, albeit often subconsciously, aware of this deficit and to try to balance the books over a lifetime in sometimes alarming and counterintuitive ways. Some mothers withhold their love; others triple or quintuple their love and attentions, if only to make the terms of repayment even more daunting. The belatedness and insufficiency of our gratitude could be one of the reasons that our interactions with her differ so greatly from our interactions with our father. Good fathers certainly sacrifice something of themselves in our early years, but their initial biological contribution to our existence was the most fun part of bringing baby into the world. They forego the nausea and epidurals.

Mother love tends toward maximalism and excess, with peaks and troughs and unpredictable, fearsome swerves.

Love is no accounting sheet, but somehow economic language (deficit, loan, repayment, interest, expenditure, investment) seems particularly well suited for describing the terms of our sentimental encounter with others. While what I’ve proposed here may sound like an economy of guilt, it is rather the plain recognition of a fact: We can never catch up in giving thanks, which shouldn’t produce feelings of guilt but rather a surrender to the permanent discrepancy that will separate us from our moms.

I am not a mother, but I have verified the truth of this assessment in every mother I’ve ever known, particularly those with children in their teens and older. Mother love tends toward maximalism and excess, with peaks and troughs and unpredictable, fearsome swerves. There are undoubtedly calm and even-keeled mothers around, but the default mother mode seems to be one of unruly fluctuation. What can account for this? The laziest way to deal with the phenomenon is to simply call them crazy, a statement that is commonly and casually blanketed on all women. This term has been called into question in recent years, and rightly so. Someone’s use of the label “crazy” has more to do with that person’s incapacity to understand the one they judge than with an actual psychosis. It is also irresponsible to attribute motherly tempestuousness solely to hormones in flux. Hormones undoubtedly play a role in the moods of the mother, but the deficit of thanks I’ve described could better explain the high degree of maternal intensity and volatility.

With awe, I watch my friends and colleagues who are mothers trudge through their daily lives with composure and terrifying competence. They do far more than is necessary in their professional and motherly lives. They take on tasks that no one else will, they aim beyond perfection, and they look great while doing it. They will be denounced as martyrs, visibly suffering and self-sacrificing so that others will have to notice their exertions and consent to sanctify them. One colleague in particular impresses me every day with her collegial spirit and her level of commitment to her teaching, research, and university service. I watch her with her son and see that she loves this boy with fury. She glides from faculty meeting to soccer practice to seminar to violin lesson with a kind of ethereal grace, all the while looking like a Greek goddess. How can we make sense of such a woman? How could years of gratitude from her colleagues, friends, partner, and child ever be enough? She is beyond our thanks.

Everyone’s mother is different and I suspect some examples of your own mother’s zeal have come to mind by now. My mom’s takes form as unrestrained giving. If you mention in passing that you like chocolate-covered cherries, you will receive several boxes of chocolate-covered cherries from her for every occasion for the rest of your days. As another example, she gave me a printer’s tray for my birthday, which I planned to fill with little souvenirs from places I visit in the future. I won’t have the chance: A month later, I got a box in the mail full of dozens of little trinkets she’d found somewhere. In one fell swoop, she filled my entire printer’s tray herself. She invents new family traditions every time I see her. She talks more and faster than anyone I know and laughs hysterically at things no one else finds funny. She is a talented florist and she insists on making the casket piece for any member of the family who should, unfortunately, require one. You look at these jaw-dropping masterpieces she’s spent hours creating by herself in the middle of the night, despite her mourning, and you know she has infused them with her soul. She works herself to exhaustion at family holidays so that everyone else can have a nice time even if the extra work puts her in a foul mood. She would die for her children without hesitation.

This essay is a roundabout way of thanking my own mother and acknowledging that I know any thanks I give her will always be belated and insufficient. I’ve noticed in recent years that the slightest gesture of gratitude on my part toward my mom is welcomed with an understandable insatiability. In my younger years, I mostly saw what displeased me in her and what didn’t correspond to my own values. However, over the past few years, all of her beautiful quirks, talents, sufferings, and sacrifices have become suddenly obvious, glaringly so. We will always be behind in thanking our own mothers. But thank them anyway, excessively, and thank every mother you know. While the deficit will never dwindle, we can join them as partners in excess.

Christy Wampole‘s essay collection, The Other Serious, is forthcoming from Harper, in July, 2015.

Christy Wampole is a writer, essayist, and professor of French literature at Princeton. Her essay collection, The Other Serious, is forthcoming in the summer of 2015. 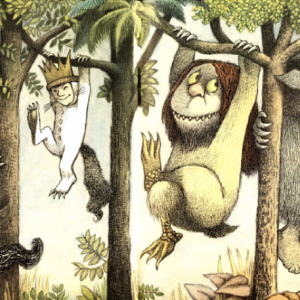 Christie Watson on trans-racial adoption: “The day I met my daughter was much like the day I gave birth: filled...
© LitHub
Back to top