You Are Ready for Takeoff 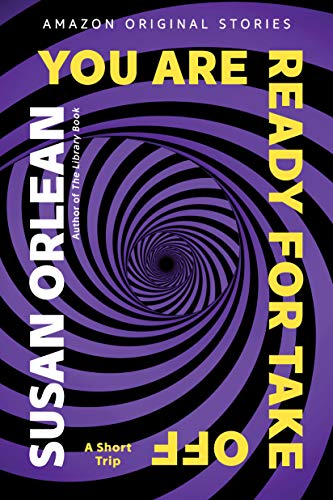 The following is excerpted from Susan Orlean's latest essay, You Are Ready for Takeoff, about old fear and letting go. Orlean is the New York Times bestselling author of The Library Book and The Orchid Thief, which inspired the Oscar-winning film Adaptation. She is also a staff writer for the New Yorker, a dog owner, a gardener, a parent, a frequent lecturer/speaker, an occasional teacher, and a doodler.

Dr. Alexei’s office is on the ground floor of an old brick building on the Upper West Side of Manhattan. You were expecting someone wifty and weird, but Dr. Alexei seems as ordinary as an orthodontist. He is wiry and tall, with a shiny cap of oily hair, a heavy brow, and a throaty Russian accent. He waves you through the door and motions for you to sit. In the dim, dusty air stippled with weak light from the sole window, you watch as he scribbles something on a pad of paper, then looks up and asks why you have come.

“That’s your first mistake,” he says, tapping his pencil on the pad. He does it very rhythmically—tap, tap, tap, tap. You watch it bounce up and down. At last he puts the pencil down and folds his hands on the desk. “Do not say that,” he says. “Ever. Say, ‘I used to have a fear of flying.’”

“I . . . I used to have a fear of flying,” you stammer. He nods, looking pleased. He asks if you have ever been hypnotized before, and when you say no, he says the first order of business is to see if you are hypnotizable. He explains that 25 percent of the population is resistant to hypnosis. There is no point in proceeding if you are in that 25 percent.

Please make me hypnotizable, you say to yourself. Then you get cynical and think: Of course he’ll tell me I’m hypnotizable, because otherwise he won’t get paid. You don’t want to be a sucker, and you don’t want him to fail, both at once, which you know is an utter contradiction.

You were expecting someone wifty and weird, but Dr. Alexei seems as ordinary as an orthodontist.

Dr. Alexei ignores whatever range of emotions is flickering across your face and directs you to lie down on the lounger across the room. You shuffle over and stretch out. You wonder if he will stand over you and swing a pocket watch, which is how you think one gets hypnotized, based, you assume, on something you might have seen on a Saturday morning cartoon a million years ago.

Dr. Alexei tells you to roll your eyes upward.

This is ridiculous, you think to yourself, wondering why you’ve come. Hypnotism is ridiculous. This lounger is lumpy.

You close your eyes and think, I hope this works.

After you stop fidgeting, Dr. Alexei asks you a series of random-seeming questions: If you imagine biting into a lemon, does your mouth water? Do you tend to cry when you see someone else crying? How long does it take for you to fall asleep? Does your left hand feel very heavy? Does your right hand feel very light?

You try to figure out how a hypnotizable person would answer so you will pass the test, but you can’t, so you answer truthfully. He finishes his questions and pauses. You hold your breath. You realize how much you want to hear him say that you are an ideal candidate for hypnosis. Maybe hypnosis is a scam, but you really want it to work.

A few minutes pass, and then he clears his throat. “Fine,” he says. “We can continue.”

Hypnosis is defined as a mental state of highly focused concentration in which the subject has a diminished awareness of his or her surroundings and is especially open to suggestion. (While this may sound like a description of doing too many tequila shots, it’s not.) Usually, one person guides another into a hypnotic state, although you can hypnotize yourself, either deliberately, using a series of relaxation exercises, or inadvertently (scientists have determined that staring at a smartphone screen for a long period of time induces a form of hypnosis). Suggestions made to a subject who is under hypnosis make a greater impact than they would if the subject were in an ordinary waking state because they reach a section of the brain that is more receptive than the conscious mind. The part of your psyche that filters and sometimes resists new information is relaxed, and whatever is introduced is able to embed itself more deeply. In the case of something like smoking, for instance, a hypnotist might encourage a subject to find the taste of a cigarette repulsive, or to transmogrify the brain’s urge for a cigarette into an urge for an apple. If effective, a subject of hypnotism might flash on the memory of having a bad taste in his mouth the next time he processes a craving for nicotine—or find himself reaching for an apple.

You try to figure out how a hypnotizable person would answer so you will pass the test, but you can’t, so you answer truthfully.

I found myself on the lumpy beige lounger in Dr. Alexei’s office in the summer of 1990, when my creeping uneasiness on airplanes had bloomed into full-on phobia. I had begun ducking out of commitments because the prospect of flying made me so miserable, or driving when that was an option. The inconvenience was epic—I was racking up as many miles as a long-haul trucker—and when flying was absolutely unavoidable, I was wrung out like a wet towel for days before and after. That spring—a lifetime ago, when you still could see the lower half of people’s faces and you were more worried about airline food than viral spread—I had finished my first book, and my publisher wanted to send me on a book tour, which would require me to fly once or twice a day for several weeks. Horrors. I suppose I could have stocked up on Valium, but that didn’t seem like a sustainable option. I could have gone into psychoanalysis to excavate the roots of my anxiety, but I didn’t have time. In truth, I wanted to solve the problem more than I wanted to analyze it. A friend suggested hypnosis, and, back then, without knowing much about how it worked or why, I decided, despite some skepticism, to give it a try.

Excerpted from You Are Ready for Takeoff by Susan Orlean with permission from the publisher, Amazon Original Stories. Copyright © 2021 by Susan Orlean.

In the market for an illuminated manuscript? Got £8 million? 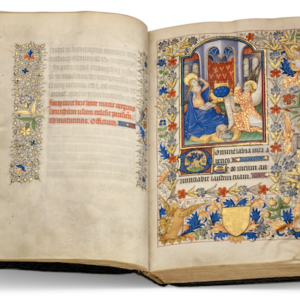