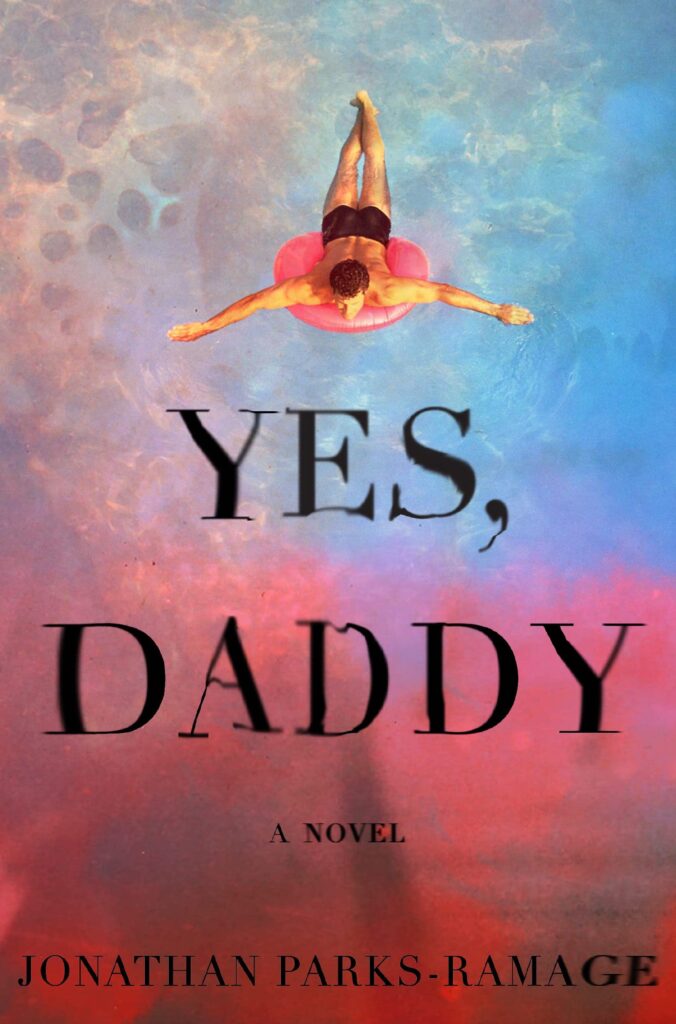 The following is excerpted from Jonathan Parks-Ramage's debut novel, Yes, Daddy, an ambitious young man who is lured by an older, successful playwright into a dizzying world of wealth and an idyllic Hamptons home where things take a nightmarish turn. Parks-Ramage's writing has been widely published in such outlets as Vice, Slate, Out, W, Atlas Obscura, Broadly, and Elle. He is an alumnus of the Bread Loaf Writers' Conference.

I never set out to write a play about Richard.

It was more like I realized I was already writing one.

The morning after our first date, Richard cooked me a massive breakfast before sending me out into the bright West Village streets. I shielded my eyes from the sun as I stumbled out of his building. Despite my stale suit and unwashed hair, I felt incredible, buoyed by the promise of new romance. It was a stunning spring morning, one of those rare New York days when the weather is so idyllic that it washes away all memories of previous meteorological abuse.

My radiant mood even survived reentry into my scuzzy apartment. I ripped off the previous night’s clothes, slipped into a pair of gym shorts, and plopped onto my mattress. I pried open my laptop, planning to waste a few hours on the internet before I had to change for work. There on my computer screen, in a window I’d neglected to close the previous night, was my “Notes for Future Conversations” document.

I scrolled through it idly and came across the section where I’d imagined the moment I’d bring up my estrangement from my mother with the goal of triggering a similar confession from Richard. I studied my work, noting the discrepancies between my fantasy and the reality. Why not make a few corrections? I thought, and I plunged into the document and began revising. I fixed the dialogue to more accurately reflect our conversation, added a few embellishments, and noted the particulars of the setting. After an hour, I sat back to reread my work. That’s when it hit me: what I had on the page was a scene.

I was writing a play.

The more I thought about it, the more it made sense. All the plays I’d written in grad school were inaccessibly experimental—long on bizarre, esoteric ideas and short on relatable human experience. I’d always felt like nothing much had happened to me in my life (other than my familial trauma, a wound too raw to write about), and as a result, I was unable to produce the “deeply personal works” that garnered praise for my MFA classmates.

But now, life was happening to me—Richard was happening to me. I realized that Richard could not only be a source of love and stability but also an excellent source of material. I continued writing into the afternoon, riding the wave of inspiration, invigorated by my work in a way I’d never been before.

And at the center of it all: Richard. Before I met Richard, fate was a concept to which I’d never given much credence. After I’d abandoned God in the wake of my family’s ruination, chaos had seemed to be the best explanation for the arbitrary machinations of an indifferent universe. But that afternoon as I pounded at my keyboard, filled with hope, I was gripped by a newfound belief in destiny. Little in my life was certain, but of this much I was sure: Richard Shriver was my future.

I sat with Richard in the back of a cab, sweating. Eighth Avenue was a parking lot and we were late to the opening of his play. Our tardiness was not my fault—an accident ahead had created the gridlock—but that didn’t stop Richard from issuing a passive-aggressive sigh, as though I’d engineered the collision to spite him.

“It’s the opening of your play,” I said. “They can’t start without you.”

Richard shot me a scathing look before returning his gaze to the traffic outside.

“I met Charles, by the way,” I continued with labored enthusiasm. “He visited me at my restaurant.” I thought this might be a natural segue to the matter of the Hamptons trip. Richard still had not extended an invitation to me, and I hoped that if I hinted enough, he would realize his error of omission. Oh my God—of course you’re invited, Richard gushed in my fantasies. It’s crazy—you’ve become such an integral part of my life, I simply assumed you were coming. How stupid of me to forget to actually ask you.

“I know—he told me.” Richard grunted. My hopes were crushed by his scowl.

“Well, I’m mentioning it now,” Richard snarled and then went quiet, restoring the cab to a stuffy silence. The windows fogged against the cool night air. I scoured my brain for new topics, anything to lift the weight of Richard’s agitation.

“I e-mailed you some of my work, you know.” After our fight outside the MoMA, I’d decided to share a draft of my play with Richard. It seemed a necessary concession if we were to continue our relationship. Despite his assurances otherwise, I feared that he still nursed some resentment from the episode.

“I haven’t had a chance to read it yet.”

“Can we ride in silence for one second?” Richard snapped.

“What the fuck is going on out there?” Richard yelled to the driver, pounding on the partition for emphasis.

“Nothing I can do, buddy,” the cabbie said, shrugging.

Richard reeled back in anger. Suddenly, he slammed his fist against his door. I jumped.

“What the fuck, man?” the cabbie yelled.

“Wait —” I pleaded, unwilling to surrender our ride just yet.

“I said, I’m walking. I don’t know what you’re doing. But I’m going to walk the seven blocks to get to the Broadway opening of my play on fucking time,” he yelled and took off. I fumbled with my wallet, shoved a couple of twenties at the cabbie.

By the time I emerged onto the street, Richard was half a block ahead. I ran to catch up, hoping he would glance back to confirm that I was following. Maybe he’d even stop, soften his expression, and wait for me. Maybe he’d hold out his hand, let the foot traffic swarm around him, and stand sentinel until my palm was firmly in his grip.

Much to my dismay, he did no such thing. Richard’s gaze remained fixed on the sidewalk in front of him, his shoulders hunched and stiff, his gait steady. I chased him up Eighth Avenue, dodging dumbstruck tourists, fighting back tears, desperate for any acknowledgment from the hurrying figure ahead.

At that moment, it hit me: I loved Richard Shriver. Maybe that’s why it hurt so much when, minutes later, after I finally caught up, he slapped me across the face.

Richard’s play was entitled Flesh and Blood, and the story goes like this: Royce and Amelia Laughton are cofounders of a successful Wall Street firm, an invincible empire that keeps them flush with enough cash to buy second, third, and fourth homes. The aging couple has only one child, a gay son named Stephen, whom they’d placed in a top executive role at their firm once he was of age and possessed the requisite business degrees. The blissful ecosystem of their family is destroyed when Stephen discovers that his parents have been using the firm to operate a massive Ponzi scheme. Soon, the FBI makes similar discoveries, and the couple is arrested. Key to his parents’ defense is the testimony of their son, but during prep for the trial, a dark family secret comes to the surface: Since he was fourteen years old, Stephen has been engaged in an ongoing incestuous relationship with his mother. It is this admission, not the federal investigation, that finally shatters the family. Still, despite the horrific revelations preceding the trial, Stephen promises to testify in defense of his parents, displaying a twisted sense of familial loyalty. But when he gets on the stand, Stephen makes a spontaneous decision to sabotage the trial, testify against his parents, and ensure that they spend their lives in prison. The final scene of the play features Stephen visiting his mother in jail, unable to surrender his sick love for the woman who both gave him life and destroyed it. As the stage lights dim, the weeping son kisses the partition separating him from his mother and whispers: “I love you.”

The language of blurbs, decoded. 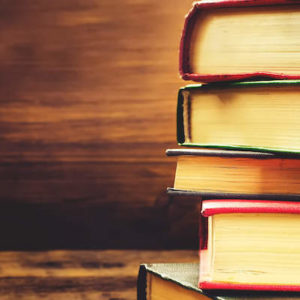 The language of blurbs, decoded. Unflinching: This book is written in the present tense, which I told the author multiple times was a choice I disagreed with...
© LitHub
Back to top