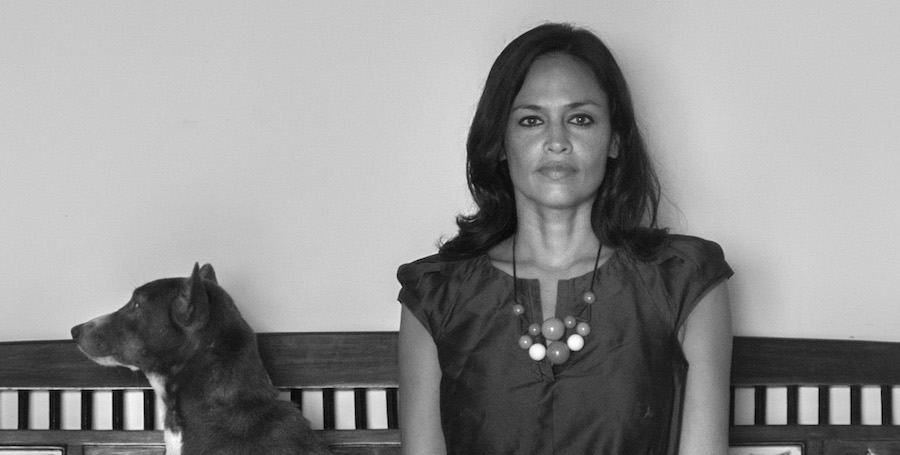 Writing a Battle Cry for #MeToo, Before It Was a Movement

For this installment in an interview series with contemporary poets, Peter Mishler corresponded with Tishani Doshi. Doshi was born in Madras, India in 1975. She received her Master’s in writing from John Hopkins University and worked in London in advertising before returning to India in 2001. At the age of 26, an encounter with the legendary choreographer Chandralekha led her to an unexpected career in dance. In 2006, her book of poems, Countries of the Body, won the Forward Poetry Prize for best first collection in the UK. She is also the recipient of an Eric Gregory Award for poetry and winner of the All-India Poetry Competition. Her first novel, The Pleasure Seekers, was published to critical acclaim in 2010 and has been translated into several languages. It was long-listed for the Orange Prize and the International IMPAC Dublin Literary Award and short-listed for the Hindu Literary Prize. Doshi now divides her time between a village by the sea in South India, and elsewhere.

Peter Mishler: In your new collection, you explicitly address the reader in the first poem, and I wonder if you’d share your thoughts about the relationship between your readers, the words on the page, and your personhood. What drew you to developing a kind of contract with the reader as an opening to this particular collection?

Tishani Doshi: Because it’s hard to survive as a poet in most countries, because it’s hard to know who your readers are, because you sometimes wonder what the point of poetry might be even though it has changed your particular life. There’s a mystery involved in poetry—writing it, reading it—and much of this collection has to do with those mysteries of poiesis, and what the poet’s role might be beyond that, if any?

When people put the words “poet” and “responsibility” together I laugh because I think of someone like Arthur Rimbaud or Dylan Thomas or Kamala Das—debauched brilliant characters, not known for moral rectitude, and yet, they had a contract with poetry. My contract was instigated because I wanted to redefine my relationship with the reader by offering the most direct poems I could, to perform these poems so there could be a dimension off the page—I’ve created a 25-minute performance piece that I’ve been touring with for the book—all of which increases the already pretty high level of vulnerability involved in poetry. And in return, I want you, reader, to follow me, love me, allow me to buzz eternally into your auditory canals. The contract is an act of desperation but also optimism. Can we renew ourselves to the possibility of poetry? Because for all the obituaries that are constantly being written for poetry, it seems to me that poets are still the legislator —the most alive and agile in responding to an ever-changing, ever-same, bonkers world.

PM: Could you share with us your experience or thinking regarding the writing of the remarkable, powerful title poem? What kind of life has this poem taken on now that you’ve completed it? What do you see in this poem now that perhaps you did not see while writing it?

TD: I wrote “Girls Are Coming Out of the Woods” six months after Jyoti Singh was raped on a bus in Delhi in December 2012. I remember being on a bus in Ireland, passing these immense forests and I had a vision of girls and women streaming out of these woods, armed and mutilated. The poem was written as a battle cry, an anthem.

There is a serious dichotomy of how women are viewed in India. On one hand the very powerful female principle from which all life is supposed to have emerged, roadside shrines, warrior goddesses, cult of mother etc. And on the other hand: it has been voted the most dangerous place in the world for a woman with regards to rape, trafficking, sexual assault and harassment, female foeticide and infanticide… and the violence, despite changes in legislation, is increasing rather than abating. So how do we reconcile this country that pretends to worship its women but doesn’t? The poem came out of that dichotomy for me, but it has been co-opted by people for several other causes—#MeToo, the abortion referendum in Ireland, Eurydice Dixon in Australia, and I am glad that it has these many lives.

PM: One thing I really admire about your work is that you have been able to harness clarity without sacrificing an uncanny imagination. Do you have any thoughts on what it means to write a clear image in the context of writing the preternatural?

TD: When people say about poetry—oh, you know, it means whatever you get from it, a poem is open to many interpretations, I agree—only tentatively. But, essentially, no. The writing of a poem is such a mysterious act, who knows what the triggers are, how it works, but it is in the writing of it that clarity arrives. I want the reader of my poems to have a sense of that immediately. I’ve always loved Marianne Moore’s poem “Poetry”—how it is about making imaginary gardens with real toads in them, and I think that sense of the uncanny is what the poem should hint at without sacrificing any of the clarity of the emotion behind the poem.

TD: There are periods when I haven’t written a poem in months, (I am in such a period now), when I look at a poem, whether it’s mine or someone else’s, and I’m overcome by a sense of wonder. How does a poem begin? How does it grow? How does it come to be? Will one ever come again? And it’s this mystery that occupies me, that thrills me. The belief that a poem can make the invisible visible. A poem is the perfect magic trick, and that is the strangest, most beautiful thing I know to be true about the art of poetry.

PM: Do you recall a moment from your upbringing or childhood that when you remember it now seems to presage for you a life in poetry, in writing?

TD: I do, actually. I remember sitting in damp mud over a stone wall in the garden. It is the summer of 1987. Kodaikanal—a hill station in Tamil Nadu, which is a place of recurring summers for my family. This year is a cruel one. The children of my parent’s friends are taunting me and I feel no kinship with anyone or anything except the mud and the small prickles of grass tickling my bottom. I am writing in a leather bound calendar that my father gave me. The pages have gold edges and there is a ribbon which works as a bookmark. My hand moves fast over the pages. It is an outpouring and it is undoubtedly sentimental and self-pitying, but I’m enjoying the wallow. It is a secret between me and the mud and the prickles and the pages, and it is a kind of happiness.

PM: Could you talk a little bit about what your writing-life looks like? Where, how, and when do you work? Are there particulars you’d be open to sharing?

TD: Mornings are everything to me, so when I’m in a regular writing routine, I try to wake as early as I can. I spend most of my time in a village called Paramankeni on the coast of Tamil Nadu, South India. It’s quite rural and isolated. Most of our neighbors are goat or cattle herders and fisherfolk. My husband and I have to drive half an hour to buy supplies and an hour to dispose of our garbage. We don’t receive any post, we don’t have a television and the 3G signal works in only two spots in the house.

If I’m sitting at my desk and turn left, I can see the Bay of Bengal—which can be a mean gray ocean or a placid lovely blue, depending on its mood and season. All this is when I’m staying still. The other part of my writing life involves long sections of movement. It’s never fixed. This year I would have been on the road for five and a half months. It’s a long time to be away—discombobulating—but it also fills me with necessary life and estrangement. I’m a bit camel-like, I suppose. I store up on conversation and adventures and other landscapes and then go back home and chew on them.

PM: You have me thinking about the final poem in the collection, “When I Was Still a Poet.” Is there something lost—artistically, psychologically, or spiritually—in finding yourself several collections into your work as a poet?

TD: All poetry for me is a negotiation of loss somehow, and trying to reinstate joy, wonder, beauty, despite that loss. I recall very well the afternoon I wrote that poem. It was one of those lost summer days when you feel trapped by time, and I had this idea that life would be simpler if I weren’t a poet. A dog barking could be just that. A bark, a howl. Not the sound of a man and a woman falling out of love. But even as I wrote the poem I knew I was lying. Not because I know I will never give up on poetry, but also because poetry isn’t just about the uncanny, it’s about elevating the most mundane emotions. To hold all that dark and celebrate it like a fistful of carrots.

The Other South of France: My Year(s) in the Pyrenees 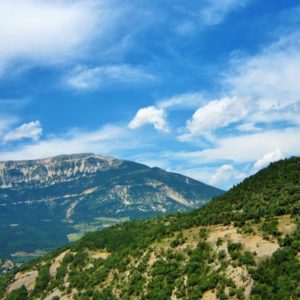 The Other South of France: My Year(s) in the Pyrenees