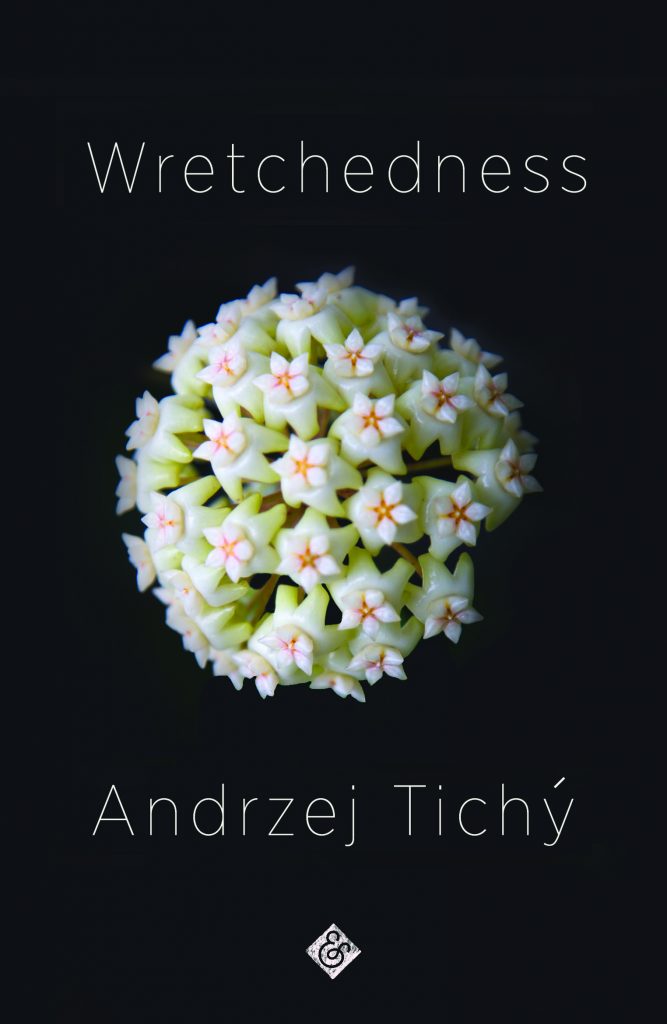 The following is excerpted from Andrzej Tichý's novel, Wretchedness, newly translated by Nichola Smalley. The author of five novels, a short story collection and a wide range of nonfiction and criticism, Tichy is widely recognized as one of the most important novelists of his generation. Wretchedness was shortlisted for the August Prize 2016, Sweden’s most prestigious literary prize.

. . . . Back then we were brothers, right, bratku, punks and hard rockers, brats, kids, snotty little kids with fags and hash and marker pens in bumbags, we ran around at night with butterfly knives and stilettos, Reeperbahn, Altona, Karoviertel, right digga, broke into places, stole, when we were little, went to gigs at Die Fabrik, Docks, Große Freiheit, Markthalle, Störtebeker, saw Fugazi, Cypress Hill, Sick of It All, Strife, Unsane, moshed stoned in sweat, blood and spit, adrenalin-racing little animals, that whole white-trash thing, fucking hostile, bumfluffed little boys, steeped in that American shit, and we watched the films, looked at the records, slammed here and pogoed there, just another victim, kid, with our bloody noses clotting, but whose blood is that, kid? Isn’t that what you say, Cody? Sat up late at night watching video after video, Suicidal Tendencies and War Inside My Head, but also Psí Vojáci, the dog soldiers, and later on their song about razor blades too, razor blades on the body, razor blades in the body, and our dads who’d both cut their arms, such brothers, and his mum who said she’d heard it was the sweetest thing, when your body drains of blood, when the life runs out, better than the best drugs, better than crack, better than a speedball, but what happens? we asked, it’s like you rise and sink at the same time, and we creased up, we laughed, drank powdered ice tea and went on little trips to the sea, I remember that guy who’d never seen the sea, went to Heligoland, stole little bottles of spirits in the shop and hid in a cubbyhole under a stairwell on the ferry, down it, neck it, creasing up like idiots, Sweden doesn’t exist, Denmark’s going under, Germany we love you, Yugoslavia’s burning, Europe is the future, the Eastern European kids fuck themselves in the arse with turquoise double-enders, their tender, oozing dreams flowing like pure shit, what’s happening, man, how hard can life be, really, if we’re honest, and how tender is it to die by your own hand, just how, how focused do you have to be, yeah, yeah, it was screwed up, and being screwed up was something to aspire to, so we fucked off down to Bambule, floated about between the scabby caravans, the mud, the planks, the rubbish, the smoke and the fires in big rusty barrels, in shopping trolleys, the rags, fighting words, flags, it was anarchy for idiots, we said to each other.

Excerpted from Wretchedness by Andrzej Tichý, translated by Nichola Smalley. Reprinted with permission of the publisher, And Other Stories.

Sir Jonathan Bate on His Journey to Ted Hughes 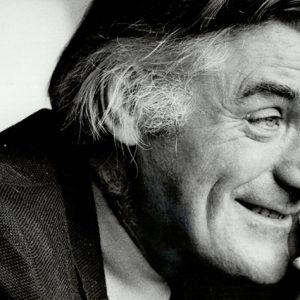 Sir Jonathan Bate on His Journey to Ted Hughes To mark 21 years of rewarding the best non-fiction writing, The Baillie Gifford Prize has launched a new podcast generously...
© LitHub
Back to top