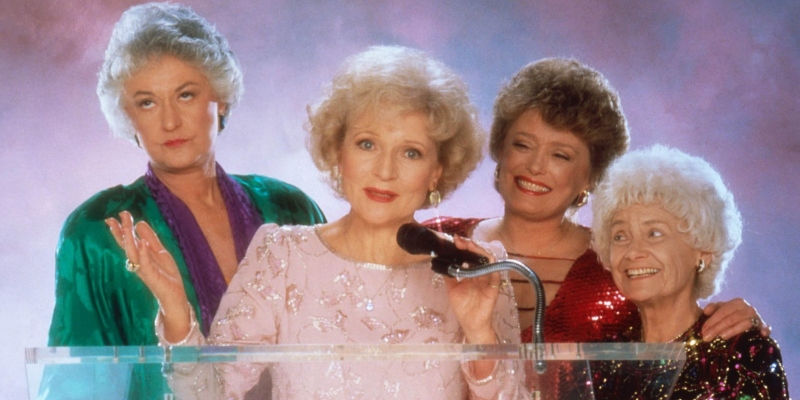 Words to Live By: The Collective Wisdom of The Golden Girls

“Rose Nylund’s mother always said back in St. Olaf,” Joanna tells me as I make her a turkey sandwich, “that you older you get, the better you get, unless you’re a banana. Unless you’re a banana. Which is very funny. Rose Nylund says that in the Golden Girls episode called ‘And Then There Was One.’ It’s true, Maggie. I’m not lying.” Joanna is 57 and neurodiverse. When her mother, Sunny, died four years ago, my husband and I became her caretakers and I took on the role of her legal representative.

Joanna first came into my life 12 years ago, shortly after my husband met her and Sunny while they were panhandling in front of the charbroiled chicken franchise Koo Koo Roo. Jim gave the women five dollars and jokingly told the women not to spend it all in one place. Sunny laughed and told him he should write comedy for a living.

“You have talent. You might have a shot,” she said.

Jim told them that, if fact, he did write comedy for a living. When Sunny asked how he got his start, Jim said that his first real job was writing for The Golden Girls.

And that’s how it started.

We found out the two lived in a small apartment which they paid for with a combination of disability and social security checks and that during the days they walked around Hollywood, looked at billboards, checked out holiday decorations, read bits of magazines at the newsstands, rode busses to the mall, and occasionally took in a movie or had lunch at Papa John’s.

The four ladies at 6151 Richmond Street are a comfort, an inspiration, and an offering of hope for our later years.

Once a month, Jim and I began taking the duo to lunch at Koo Koo Roo. Then one summer weekend, we invited the two women over to watch a Golden Girls marathon on Lifetime, then one Halloween to help pass out candy, and then somehow, in drips and drabs, the women became part of our lives.

Four years ago, Sunny died unexpectedly, and Joanna was left alone, without resources or life skills. Jim and I quickly learned we were the only people she and Sunny had a significant relationship with, and that Sunny had always taken care of the basics of both women’s lives. It was a rough road, to say the least, but Joanna is now—with the help of many services, especially Good Shepherd Catholic Charities—healthy, living on her own, taking care of life necessities without her mother. She shops and cooks for herself, keeps her apartment clean, rides the bus around town without any help, and, this is my favorite, buys small gifts at Rite Aid for the children in our shared lives.

The Golden Girls is indeed Joanna’s favorite show. Like she said that first day, she is not lying. Joanna can tell you everything about Blanche Devereaux, Rose Nylund, Dorothy Zbornak, and Sophia Petrillo. She knows their maiden names, their hometowns, their ex- and deceased husband’s names, their singing abilities, their tolerance toward animals, their favorite movies, their favorite songs, and their first loves. I mean, she KNOWS these women.

But more than just knowing facts of their personal history, Joanna knows their spirit. And she takes their advice. Here are some of mine and Joanna’s favorite golden wisdoms from The Girls:

“The point I’m trying to make is what’s going on here is living. Just because you have some rough times doesn’t mean you throw in the towel. You go on living. And eating.” –Sophia Petrillo

“It’s not whether you agree or disagree with somebody. It’s whether you can be there for that person when they need you!”  –Sophia Petrillo

“It’s not easy being a mother. If it were easy, fathers would do it.” –Dorothy Zbornak

“I live by one simple rule. Share your love with people today ’cause they may be gone tomorrow.  –Blanche Devereaux

“People waste their time pondering whether a glass is half empty or half full. Me, I just drink whatever’s in the glass.” –Sophia Petrillo

“Age is just a state of mind.” –Dorothy Zbornak

“No matter how bad things get, remember these sage words: You’re old, you sag, you get over it.” –Sophia Petrillo

“We’re not embarrassed. We’re not uncomfortable. We are not humiliated. We’re going to walk outta here today with our heads held high, secure in the knowledge that what we have done is morally and socially responsible. Isn’t that right, girls?” –Blanche Devereaux

For Joanna, the Golden Girls were, on a deeply subtle level, her extended family. Just like for many others across time and space, the four ladies at 6151 Richmond Street are a comfort, an inspiration, and an offering of hope for our later years—years filled with friendship, romance, adventure, new beginnings, and, of course, lots and lots of cheesecake. 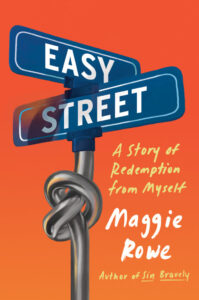 Maggie Rowe’s Easy Street: A Story of Redemption from Myself is out now from Counterpoint.

Maggie Rowe has written for television shows including Arrested Development and Flaked. For film, she penned the screenplay, with Andersen Gabrych, Bright Day: An Exposé of Hollywood's Fastest Growing New Religion. Rowe is the author of Sin Bravely: A Memoir of Spiritual Disobedience, an NPR Best Book of the Year. 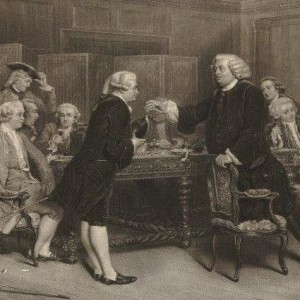