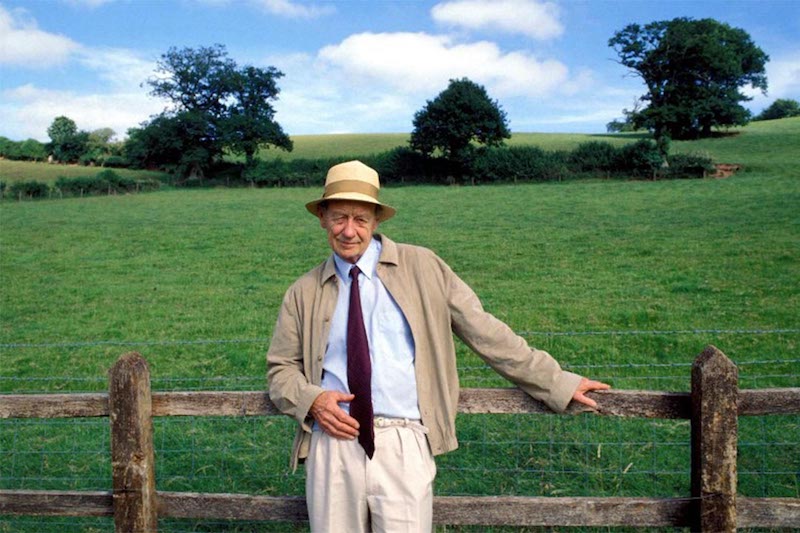 Patrick Cox on his father's travels across the USA

My father, William Trevor, liked to tell a story about the first time he visited New York. It was in the 1960s when he was employed as an advertising copywriter for a London firm. He was attending some kind of convention along with several colleagues from the firm. Quite why he was chosen for this international assignment was never explained. He was not a serious advertising man; his working hours at the office were largely spent covertly writing fiction.

In New York he shared a hotel room with a colleague. On the final night of their stay, their business done, my father’s roommate suggested they take a night out in the “real” New York, uptown. Dad declined the offer, opting instead for an early night. Close to dawn, his colleague returned in a bedraggled state; he’d made friends with “some locals,” as he put it, who at some point had turned on him, roughed him up and stolen his wallet. The man vowed never to return to the United States.

The episode had the opposite effect on my father. For one thing, it made a great story. Also, he knew that such things happened at home too, in Dublin and London. Most of all, it added to the aura of America, not so much a dangerous place as one that could will people to put themselves in danger.

The America that my father wrote about was always a conjured place. It had its roots in the picture houses of his County Cork childhood, brought to life by James Cagney and Bette Davis. Later, it became an imagined destination for his fictional characters, a glamorous place where fortunes could be made and sorrows forgotten. Despite the talk, it was rare that anyone actually emigrated.

But then, I did. In 1987, I packed my bags and took a one-way flight from London to Anchorage, Alaska. It wasn’t a planned emigration; like most people who end up in the United States, I didn’t think I’d be staying. But stay I did, and over the years, my parents visited me, first in Alaska, then Oregon, California, Massachusetts. Along the way, bits and pieces of the visits popped up in my father’s stories.

There were other relatives of my father in North America, uncles and aunts and cousins whose parents, unlike my father’s characters, had emigrated to the New World. Now they lived in Florida, Ontario and British Columbia. With me as his American anchor, my father began looking them up. I met them, sometimes with him, sometimes without, and together we tried to piece together how they had become part of the Irish diaspora. There was talk of a family farmhouse in Roscommon, the stoniest county in all of Ireland it was observed more than once. The fate of the farmhouse had been determined over a marathon poker game, the deed handed over to a victorious neighbor. Hearing this and other possibly apocryphal stories— even if they weren’t the true motives of my relatives’ migration— helped me make sense of my own confounding decision to move to Kenai, Alaska.

When I found my feet in America and enrolled in graduate school in the Bay Area, my parents again came to see me. They stayed at the Washington Square Hotel in San Francisco, waking up each morning to the sound of Chinese dialects, the square filled up with the elderly, “their tai chi movements as elegant as dancers’.” My father’s sketch of San Francisco, later published in an essay collection, found common stories of desperation and drive among migrants from Ireland, China, Italy and Mexico.

New York, though, was his favorite city, a place he understood to be a home for all. It’s where I most enjoyed his company in America. Where in London he might have shied away from brash attempts at myth-making, here he embraced them. We spotted movie-star faces in Central Park, sipped whiskey sours at the Algonquin’s Blue Bar and ate oversized meals everywhere. He enjoyed New York so much, I think, because it wasn’t the home turf of his fictional settings, provincial Ireland and post-industrial Britain.

In the Summer of 2016, my father made a final public appearance, of sorts, in New York. The nature of it was in keeping with his penchant for anonymity. Some friends and I were recording a podcast in front of an audience at the New York Public Library. The subject was revitalizing dying languages. I played audio excerpts from a conversation I’d recorded with Dad some years earlier. I had asked him about learning Irish at school. He’d studied the language for ten years or more, but like many of his generation in the early days of an independent Ireland, he never learned to speak it fluently. One phrase in Irish he did remember: “Please Miss, may I be excused?” When I played that, it produced the biggest laugh of the evening.

As the tape rolled on we flashed up a giant image of Dad, a photo I had snapped at our Devon home. No one in the audience had any idea this was William Trevor. He was just my father. His last appearance in New York, blissfully anonymous.

Patrick Cox is a host of the podcast, The World in Words. He is a reporter and editor with the public radio program, The World. He lives in Cambridge, MA. 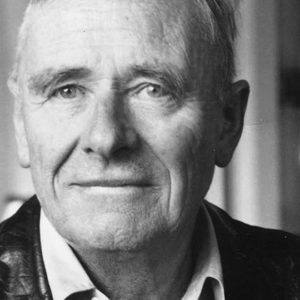 Since age 20, I’ve had a crush on Christopher Isherwood, both his books and his person, or my fantasy of him. I met him—his...
© LitHub
Back to top