Will Self: Claire Foy Will Always Be My Queen

Watching the Royals on TV vs. Watching The Crown on TV

I am not now, and never have been, a royalist. I am, however, to some extent a Foyalist—and it’s in this light that the most significant event to be occur in these isles since Queen Elizabeth II ascended the throne in 1952, must be regarded. I refer, of course, to Claire Foy’s succession by Olivia Colman in the leading role of the Netflix series, The Crown, the third season of which will air globally on November 17th. People who don’t either live in Britain, or understand the country well, can be forgiven for having confused Peter Morgan’s lavishly produced and beautifully performed monarchical show for the real thing—but then so can those of us who bear Queen Elizabeth’s coat of arms on our passports, thereby marking us out as subjects of Her Highness’s  increasingly mad realm.

The Royal coat of arms (which is also that of the nation) is instructive in this regard: “Evil on him who thinks it,” is a fair translation from the French of the motto inscribed on the banner held aloft by the rampant lion and unicorn, while at their feet reposes the foundational principle of absolutism: “Dieu Et Mon Droit,” effectively a posh sort of challenge to anyone who would dispute the House of Windsor’s legitimacy, one that would be rendered in the Cockney demotic as: “Come on and have a go if you think you’re hard enough.” Again: foreigners may assume our famously tight-lipped Sovereign regards the show as lèse-majesté—but the truth is that its originator, Peter Morgan, has probably done enough for the Royals, almost, to offset both their legion historical calumnies and sleaze-bag Prince Andrew’s dogging around in Jeffrey Epstein’s shitty footsteps.

The British monarchy have a long tradition of this—indeed, it might be fairer to say their traditions are a fiction confected by popular farceurs. The ceremonial birth of the British monarchy is widely held to have taken place in and around the state visit of George IV to Edinburgh in 1822. Obese, and widely unpopular for his mistreatment of his wife and his political chicanery, the King was persuaded that making nice with Caledonia would be good for his image—and the spin-doctor was to be none other than Walter Scott, author of the hugely popular novel Waverley, a romanticization, no less, of the Highland Scots, who, a mere 70 years earlier had represented an existential threat to the Crown, in the form of the Jacobite rebellion. Scott had met the future King in 1816, but by 1822, when he confected a series of tartan-bedecked pageants so as to show off the Monarch in the most flattering possible light, he’d been knighted for his services to flummery.

Morgan—who was made a CBE (Commander of the British Empire) in 2016, coincident with the airing of The Crown’s premier season—was known in our milieu as Pete-the-Schnozz, on account of his impressive hooter; and, if he reads this, I hope he’ll thank me for recalling his humble beginnings, hustling about Shepherd’s Bush in west London with the rest of us bo-bo n’er do wells. After all, he has yet to ascend to the august heights of Walter Scott—or Julian Fellowes for that matter (aka Baron Fellowes of West Stafford), who also factored mere gentility into—albeit non-heritable—nobility, purely by writing screenplays and books (Downton Abbey, Gosford Park, Snobs) predicated on the inexhaustibly ironic delights of the British class system.

There’s this convolvulus of fact and fiction to explain the mutual support of the Crown and The Crown—but there’s also the way merely middleclass Brits such as me, usually know at least one of the fine supporting cast of character actors. Pip Torrens, who played Tommy Lascelles, used to be on my charity quiz team—so watching those scenes where he smoothly rights the ship of state after one or other of the Windsor dunderheads has nearly upset it, I experienced a strange sense of being doubly privy to the onscreen events. This despite being known as something of a republican—which in Britain means an opponent of the monarchy, emphatically not a supporter of the GOP.

The reigning queen of the British screen and the reigning British Sovereign are brought together in one glorious—if evanescent—incarnation.

I say “something of a republican,” because while firmly believing that people should be citizens not subjects, and that heads of state should be made not born, when I contemplate other Western democracies, I find myself singularly unimpressed by those helming them. Besides, even if you get rid of the hereditary principle, the office remains wreathed in mummery and swagged in flummery.

I well remember an American—a bien pensant type, usually no respecter of personages—telling me how, after attending some banquet at the White House, he’d accidentally got in the wrong lift, and found himself face-to-face with the then President, who was smiling and relaxed, in an open neck shirt and slacks. “He was entirely natural!” My friend spoke in tones of shocked awe, “And carrying a chicken sandwich on a plate in one hand and a glass of milk in the other! I think they might’ve been for Hilary!” Setting one side the almost cosmic solecism of being impressed by the physical reality of Bill Clinton, for me there remained a faint suspicion that for my friend this was an actual instantiation of Pluribus Unum: as he realized the great Leviathan of the US Presidency was indeed fashioned out of the many little chicken-sandwich-eating and milk-slurping Americans who elected him.

Of course, no one has voted for Colman to succeed Foy—but her ascension has been confirmed by popular acclaim long before the third season actually airs. It’s not hard to understand why: in the trailer, Colman is pictured sitting for her postage stamp portrait, while mini-Morgans flutter about, reassuring her that while the new image shows a significantly older woman the transformation has been achieved with consummate legerdemain. Colman/Queen is having none of this, and with a nod to the dewy eyed and pert-lipped actor who once played her part, she snaps: “There have been a great deal of changes—still, nothing one can do about it, one just has to get on with it.”

The clipped, upper-nasal tone is right—the regal delivery impeccable. Even with a scant few seconds of screen time, I realized that Colman had, like some thespian Napoleon, crowned herself. Yet how could this be, because the facts are staring us all in our loyal faces: Olivia Colman looks nothing like Claire Foy at all! The answer I think, explains both the enduring popularity of both the Queen and The Crown. In common with her sovereign, Colman has managed an extraordinary coup de theatre: she has become a true leading actor in this sense; rather than playing a character, she plays a version of what we can only assume to be… herself. Yes, just as in the past it was possible for men of the John Wayne or the Michael Caine phenotype to simply go on playing themselves in film after movie after TV series, while aging to the point, where, if naturalism were in play, their female leads would laugh in their wrinkled faces, so it’s now possible for a middle-aged woman actor to do the same thing.

For Colman is no stranger to British TV, having been a regnant there for some years now—most notably in two long running series, the comedy Peep Show, and the thriller, Broadchurch. In the former she played a grumpy, seemingly permanently middle aged woman; while in the latter she played… um, a grumpy, seemingly permanently middle aged woman. Then there’s her Oscar-winning performance in The Favourite—granted, Colman seemed a little more frail and hysterical as Queen Anne than she’ll undoubtedly be as Queen Elizabeth, but nonetheless there was a pleasing consistency to her grumpy screen presence—and so it is that with each role she tackles, I become increasingly reassured.

Now the reigning queen of the British screen and the reigning British Sovereign are brought together in one glorious—if evanescent—incarnation. Frankly, it’s just as well that Colman is now Queen: she’ll need all the grumpiness she can muster to deal with what lies ahead for her in the virtual world of the Crown, not least her eldest son’s shenanigans, and her daughter-in-law’s untimely death and subsequent enthronement as the Queen of Brit Hearts. Meanwhile, in the real world, the real Queen is misled by her parliament-proroguing Prime Minister, while the Acts of Union her predecessors signed in 1707 seem increasingly not to be worth the parchment they’re inscribed on. Still, if Great Britain actually does fall apart while season three of The Crown is airing at least one person stands to massively benefit: Peter the Schnozz, whose show may thereby be able to avoid jumping the shark in season four, the way so very many Netflix ones do.

The Elusive Lure of Peace and Reconciliation in Northern Ireland 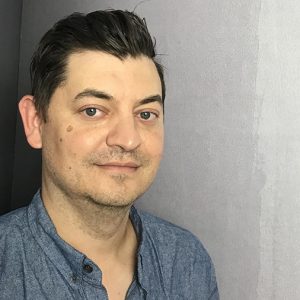 This week on The Maris Review, Kevin Wilson joins Maris Kreizman to discuss his latest novel, Nothing to See Here, now available...
© LitHub
Back to top