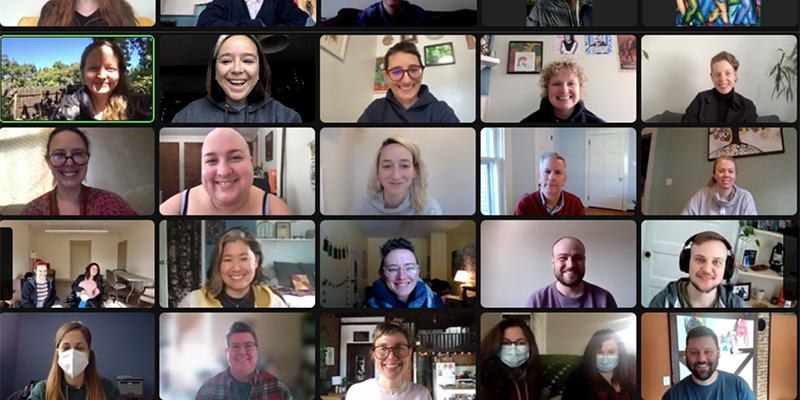 Will Our Bodies Know What to Do at the End of the World?

Introducing the Queers at the End of the World Podcast

By Queers at the End of the World

Queers at the End of the World is a thoughtful, nerdy, and very queer conversation on the apocalypse. On the podcast, we discuss classic and contemporary novels, poetry, comics, games, tv-shows, and films that help us understand our dystopian moment—and imagine what could come next.

Nat and Nino interview Sarah Stockholm, the National Network Strategic Campaigns Director for Showing Up for Racial Justice (aka SURJ). In the Spring of 2020, as the pandemic spread in U.S. prisons, Sarah organized white folks to support prison abolition in a campaign that got folks committed by asking them to tell their stories. We talk about storytelling and narrative as a way to bring white folks to action in the movement for racial justice, along with homecoming, escape, practice, rivers, and finding the people who can stand by you. Learn more about SURJ at SURJ.org.

Sarah Stockholm: This theme of like apocalypse sparks a lot because back in the 2008 financial crisis, if you can transport yourself back to that moment, my friends and I were fantasizing about this theme of apocalypse. That’s when the sort of apocalyptic thinking for me really began, and it was in that context of financial collapse. that we really had this feeling that we need to get ready because shit’s going down.

And then it’s like, fast forward to 2020. You know, we have the pandemic. We have multiple climate disasters, the uprising, the organizing to get Trump out of office, so much at stake that was feeling so visceral. For so many people, this experience of the pandemic is global. It’s the one thing that has touched every single person’s life. It’s not just an isolated thing in one part of the country or one part of the world.

So all of these things are happening, and I think we really felt this collective impending doom and we didn’t know how everything was going to play out. There’s this really unwritten future. So I think right now there’s a much broader felt sense that that capitalism is actually ruining our lives. I see this because across the country and around the world, there’s increased food insecurity, there’s lack of affordable housing, increased cost of living. But the bosses aren’t increasing the wages. The government isn’t responding with collective solutions, with social solutions. I mean, we’re really living in a neoliberal nightmare. That’s the apocalypse, right?

People have been creating institutions have been funding policy. You know, think tanks have been have been organizing to create the world that we live in. So I think pulling back into the moment, regarding the pandemic, the government gave us once again individual solutions. They told us wear a mask, stay home, social distance. But that’s not enough to address the compounding existing crises that are hyper visible and further escalated in the pandemic.

So when you ask me, what are the resources that people need? Like what? What do people really need? A Labor leader recently told me in a group of people,usually we hear this rhetoric of “when we fight, we win.” And she said, no, when we fight, we have the right to win. So it is this shift of, we may not win, right? We are up against many things, but we actually have to begin that fight for even the chance for the opportunity to win.

Subscribe now to Queers at the End of the World on iTunes, Spotify, or wherever else you find your podcasts!

Sarah Stockholm is the National Network Strategic Campaigns Director for SURJ (aka Showing Up for Racial Justice). They are an organizer, popular educator, Theatre of the Oppressed practitioner and writer from rural working-class communities in South Dakota with over a decade of experience waitressing and working for collective liberation. She has worked on a variety of organizing issues including Palestinian & Indigenous solidarity, tenant protections, climate justice, police accountability, and U.S. militarism. Sarah loves spending time with her sisters, dancing to live music and rock climbing in the Pacific Northwest where she currently lives.

Queers at the End of the World

Queers at the End of the World is a thoughtful, nerdy, and very queer conversation on the apocalypse. On the podcast, we discuss classic and contemporary novels, poetry, comics, games, tv-shows, and films that help us understand our dystopian moment - and imagine what could come next.

Jacinda Townsend on What It Means to Mother

“Nobody in the Water,” a Poem by Tayi Tibble 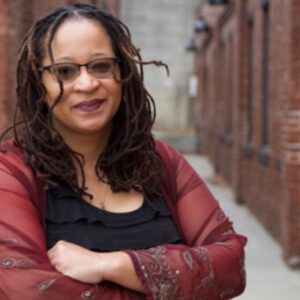 Jacinda Townsend on What It Means to Mother