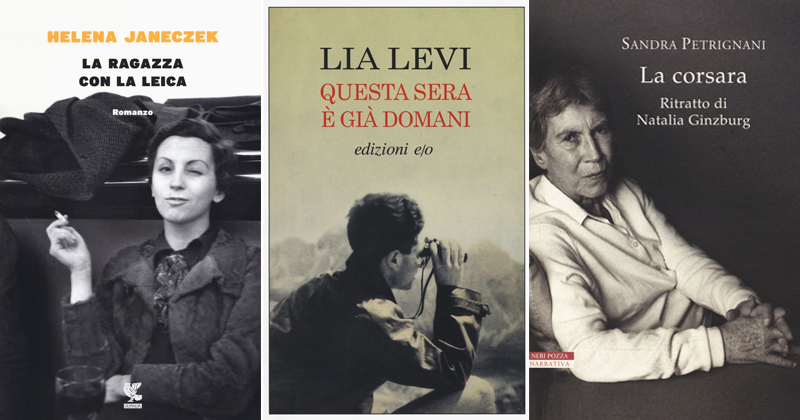 Will a Woman Writer Win Italy’s Strega Prize This Year?

All manner of crimes have been revealed in this new #MeToo era in which privileged, overreaching males have been put on notice. And given the nature of some of the offenses, it’s no exaggeration to say that as a society, literary “crimes” should worry us the least. And book prize omissions that have occurred in say, Italy, won’t rank at all for most people.

But anyone who follows Italian women writers is watching to see if on July 5th one of them will win Italy’s most important book prize, the Premio Strega—if for no other reason than a woman writer hasn’t won in 14 years.

To be sure, women winning literary prizes is less important than women working without fear of sexual harassment or rape.

And yet, given the number of Italian women writing and publishing books (including, yes, that global juggernaut, Elena Ferrante), is it really believable that no woman has been worthy of winning the Strega since 2003?

Yep, that’s the last time a woman won the prize (it went to Melania Mazzucco).

Here are a handful of the books women writers have published in Italy since then: The Lost Daughter by Ferrante, plus her Neapolitan series of novels (which spurred one Strega nomination); I Am the Brother of XX, by Fleur Jaeggy; Bella Mia by Donatella di Pietrantonio; Figlio dello stesso padre, by Romana Petri, (which is not available in English); Swimming to Elba by Silvia Avallone, which was published under the title Acciaio in Italy; Eva Sleeps by Francesca Melandri; Adua by Igiaba Scego; and Accabadora by Michela Murgia.

And yet none of those books have been good enough to win the Strega. In fact, many of those books weren’t even good enough to make it into the first or second round of finalists. While #FerranteFever ruled on Twitter (and at bookstores in the US), the actual Ferrante and her fellow women writers continued to be shut out of many prestigious prizes.

This year, three of the five Strega finalists—known as the “cinquina” from the Italian word for five—are women. They are Helena Janeczek (for her book, La ragazza con la Leica); Sandra Petrignani (for a biography of Natalia Ginzburg called La corsara); and Lia Levi, author of Questa sera è già domani. (Two men are also nominated: Marco Balzano and Carlo D’Amicis. Now there’s something that never happens in Italian letters—the male contestants are an afterthought relegated to a parenthetical aside.)

So could this be the year a woman wins the Strega?

It very well could, since Janeczek received the most points in the first round of voting, which produces the slate of five finalists. (Janeczek is a German-born author who writes in Italian). Yet one feels bound to add that last year, another woman—the author Teresa Ciabatti—was favored to win the Strega but ultimately lost—to a man.

“Literature in Italy is seen through a critical gaze that is for the most part masculine,” Alessandra Sarchi, an Italian novelist, told me.

She said the cliche that women write books that are intimate, confessional and wordy “if not downright sentimental” is difficult to dismantle, and “it infiltrates how critics consider the books.”

She added that women’s struggle to gain recognition in the Italian world of letters is an age-old problem, affecting even such accomplished writers as Grazia Deledda, who won the Nobel Prize for literature in 1926.

To be sure, in either case, simple math tells us women have won half the prizes in neither country, although they comprise half the population and are successfully publishing books in both places. Italy is certainly not the only country where women writers are not as prominent as their male counterparts.

What’s interesting, however, is not so much that more women have won the Pulitzer but that five have won since 2003 alone, while no Italian women won the Strega in that period.

Indeed, the plight of women writers in Italy is enough of a phenomenon that even men have begun noticing it, most notably Luigi Spagnol, a well-known publisher. He’s written passionately about the issue, arguing for the recognition of women writers.

“Why do we persist in not wanting to read about the world through the eyes [. . .] of important artists who have the single defect of belonging to a sex other than our own?” he asked in a 2016 editorial for the Italian literary magazine Il Libraio.

“The issue of female inequality is a stubborn one in part because women are already present everywhere in Italian publishing, which may give the impression of equality even if the math behind the awards tells a different story.”

And he backed up his plea with analysis: he found that in the last 30 years, women won the world’s major literary prizes, including the Nobel, the Strega, and the Booker, among others, only one-third of the time. Then he added that the situation is much worse if you remove the Pulitzer, which more women have won.

“In Sweden, France, Great Britain, and Italy, nothing has changed,” he wrote. “Men’s odds of winning are still five to one.”

But still, that means the gender that comprises at least 50 percent of the population has often had in recent years only a one-in-five chance of winning the Strega.

This year, some Italian women authors are cautiously optimistic. Sarchi, for example, points to not only the female finalists for the Strega, but also those for another important Italian literary prize, the Campiello. Last year Donatella di Pietrantonio, a Southern Italian writer of enormous insight and promise, won the prize, which in the last decade has been bestowed upon women authors (dare I say “a whopping”?) five times.

“It makes me think that change is afoot, and slowly critical appreciation and recognition is shifting to be more equitable,” Sarchi, who herself was nominated for the Campiello prize last year, told me in an email.

The Strega recently fine-tuned its rules to remedy the prize’s institutional—and controversial—slant away from independent publishers. That may end up benefitting women writers. Ferrante, in fact, was nominated two decades ago for her book Troubling Love, but in an editorial published before her most recent nomination, she said her entry had no chance of winning because it was published by a small company with little influence over Strega award voters (i.e., no budget to woo them).

The issue of female inequality is a stubborn one in part because women are already present everywhere in Italian publishing, which may give the impression of equality even if the math behind the awards tells a different story. While few women run major publishing companies in Italy, there are many women in key editorial roles throughout the industry. In addition, women’s books sell well and female authors often appear on best-seller lists.

They are typically not, however, the ones that are critically acclaimed, they are not the must-reads. They are there, playing critical roles in the selection of texts as well as overseeing editorial imprints, as one author told me, but they are nonetheless less visible than their male colleagues.

Of course, a drought in female winners may not necessarily mean deserving women were overlooked. And many Italian women writers shirk from what they see as a Feminist approach to parsing women’s success in the literary world. The male authors who won, moreover, wrote important books.

Beatrice Masini, an editor at Giunti, one of Italy’s top publishing companies, points to the bestseller lists as proof that women authors, both foreign and Italian, do well in Italy. She says there’s no doubt about the lack of women Strega winners and its effect, but she, too, says many women authors have won the Campiello prize (Masini was a nominee for the prize in 2013). Indeed, she said the problem may be something else.

“Italy has had in the past few years and continues to have many fine women writers who are storytellers but few female literary authors,” she said, adding that this year’s women nominees are in the latter category.

Anne Milano Appel, an American translator of Italian books by such authors as Claudio Magris and Roberto Saviano, also resists seeing books through a prism of gender.

“My hope is that the best book wins, not the best woman or man. In my view, I think literary awards should be based on quality, not gender,” she told me.

She added, “That said, there is no denying that bias would seem to exist.”

The issue of women’s voices and their prominence—or lack thereof—has finally spilled out into the open in the adjacent world of Italian journalism, where many book authors in Italy contribute regularly to the country’s newspapers.

Michela Murgia, a novelist who has been nominated for the Strega in the past, has taken to marking up the front pages of the major Italian dailies each day, and then posting pictures on Twitter that show the authors’ names circled—a graphic display of how many women journalists have a hand in the country’s most important news stories. (Murgia, for her part, refuses to take part in the voting for the Strega prize.)

In one tweet, she criticized Italy’s most important daily newspaper, Il Corriere della Sera, for having “zero women writing about politics.” The following day’s edition was “better,” she wrote, citing reports by two women correspondents, but she added, “It would have been hard to get worse.”

On July 5th, we’ll find out if this is the year the Strega voters break with their unspoken, hopefully accidental, 14-year tradition of declining to bestow its top award on a woman. It won’t erase the decade and a half they didn’t choose for the top honor one of the many fine Italian women writers in their midst. But it’ll be cause for celebration for many.

Jeanne Bonner is a writer and journalist based in Connecticut. She is the 2018 winner of the PEN Grant for the English Translation of Italian Literature, given by PEN America. Her essays have been published by The New York Times, CNN Travel and Catapult. She studied Italian literature at Wesleyan University and has an MFA in Creative Writing from Bennington College.

Life on a Moving Skyscraper, Crossing the Great Lakes 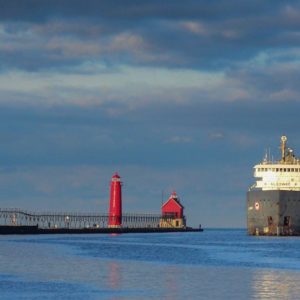 Life on a Moving Skyscraper, Crossing the Great Lakes

The room was moving when I woke. The propeller’s rotation shook the toilet, chipboard closets, desk, bed, couch, doors....
© LitHub
Back to top