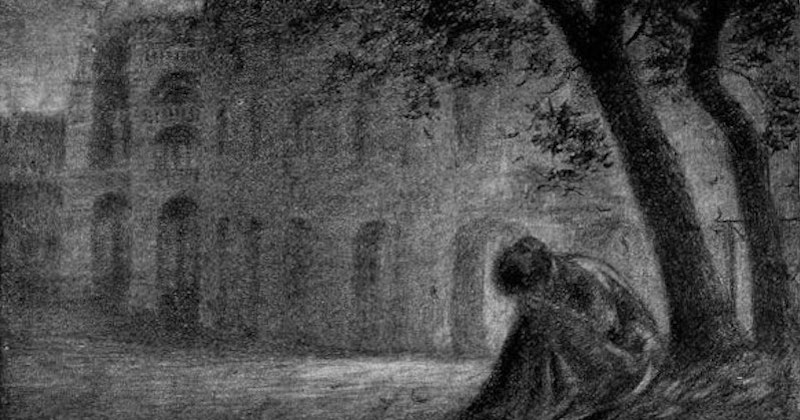 As the pandemic raged on, losses of all kinds were piling up for people. The barber down the street, a family man, lost his business; a prominent restaurateur lost his restaurant; and dozens of smaller eateries and shops have shut their doors. The term “closure” was heard routinely as the pandemic closed many small businesses, many forever. While the term fits for describing businesses that close their doors, closure does not fit the experience of losing someone we love.

In the popular vernacular, closure is unfortunately used to describe the ending of the grief that comes after loss. The assumption is that you’ll be “over it,” done with your sorrow once you have closure. Not true. When Mitch Albom writes about death not ending a relationship, he knows that his visits with Morrie every Tuesday formed a bond that continues even after death. There is no closure, nor does there need to be.

As a family therapist, I worked primarily with people suffering from unexpected and traumatic losses, most of them full of ambiguity. What I learned is that even with the most extreme cases of loss, having no closure does not have to be devastating.

Sarah was a traumatized 19-​year-​old woman who was the survivor of a horrific small plane crash that killed her father and brother and left her mother with third-​degree burns. It’s been over a decade now since we ended our therapy work together. She completed her bachelor’s degree with honors, married, had two children, then finished her master’s degree, and moved with her husband and children across the country to work as a marriage and family therapist. On the tenth anniversary of her losses, she wrote to me:

When I lost Dad and Zachary, the pain and suffering from the experience forced me to stare at the closed door. I couldn’t believe what had happened; there were still conflicts between my father and me, and the disbelief that my brother was gone was too overwhelming… However, as the ten-​year anniversary approaches, I am grateful that the energy that flows between us continues, not on a physical level, but now as a highly emotional and spiritual experience. These relationships have actually continued to evolve, especially with my father. Forgiveness has occurred between my father and me and acceptance that my brother was killed at such a young age happened. Forgiveness and acceptance. These two acts have expanded my heart in ways that I could not possibly imagine. I now have the ability to empathize with others who are suffering and genuinely be in the moment with them. People ask, “Have you found closure in their deaths?” Honestly, no. However, I have accepted what was—​what has happened, and what will be. Because in the end, I actually have NO control over other people’s destinies, but I can continue to accept and grow in mine.

And then there is Donna. Her loss was, and still is, more ambiguous. In 2007, her husband vanished at sea. He has not been seen since, nor was any debris from his red sailboat found. Donna has struggled deeply with the ambiguity of this loss and now, 14 years later, is enjoying her life in a new way. She moved back to her hometown, a city in the Midwest, and returned to her early talent of writing poetry. She also wrote about closure and the hurt it causes: “People wanted to call me a ‘widow’ right after he disappeared… They would say, ‘Oh, Donna, just call yourself a widow. It will make your life easier and no one will know the difference… ​’”, except, she said, she would know the difference. It is not unusual for others to want closure more than the person experiencing the loss.

What I learned is that even with the most extreme cases of loss, having no closure does not have to be devastating.

Donna continued, “To call myself a widow was diminishing my life experience. It was another way of tucking away what happened under the cultural veneer of a closure word.” Later she wrote:

People are often so uncomfortable being in the room with loss. With strangers, I am very careful not to mention the word “disappeared,” for all sorts of reasons, including not wanting to see their discomfort about my missing husband or go into the world of voyeurism with them. Alzheimer’s is handled a bit easier, I think, because of its frequency now, but even so, there is a “hush” in the room when it is discussed, as though if we talk in a hush about this loss of a living person, it might be less horrible. It might not happen to us.

It was from people like Donna and Sarah that I learned again and again that closure is a myth. I saw repeatedly that keeping loved ones present in one’s heart and mind, even after they have disappeared or died, helps one to hold the loss and its grief without seeking an absolute ending. Yes, they accept the loss as real and, at the same time, move forward with new hopes. They take a risk to change and do not wait for things to go back to the way they were. Instead of seeking closure, they find ways to hold the ambiguity and live with it.

For Sarah, while referring to her father and brother as “a part of my soul that will remain for eternity,” her story gradually changed over the years from one of immense trauma and loss to one of higher purpose—​raising her own children now in a healthier environment than she experienced and honoring her deceased father, who always wanted her to go to college, by becoming a licensed family therapist who can help others.

Donna found meaning in more artistic ways, becoming an accomplished poet, making friends in the arts community, and becoming a wise and compassionate head of her extended family. Neither Donna nor Sarah believes today that closure is possible or essential. They are both at peace with a “continuing bond.” Donna may wish for more certainty, but that has not stopped her from living life in all of its fullness. 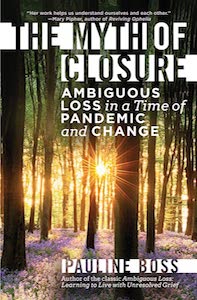 Excerpted from The Myth of Closure: Ambiguous Loss in a Time of Pandemic and Change. Used with the permission of the publisher, W. W. Norton. Copyright © 2021 by Pauline Boss.

Pauline Boss, PhD, is emeritus professor at University of Minnesota. She is known worldwide for developing the theory of ambiguous loss and as a pioneer in the interdisciplinary study of family stress management. Dr. Boss is the author of Loss, Trauma, and Resilience: Therapeutic Work with Ambiguous Loss and The Myth of Closure: Ambiguous Loss in a Time of Pandemic and Change. 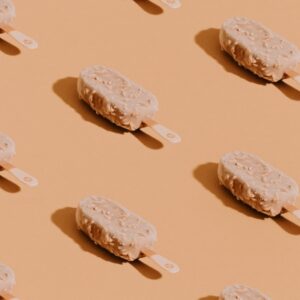