Why We Love
Untranslatable Words

David Shariatmadari on the Allure of Undefinable Concepts

Goya. A small word, but one that contains multitudes. It is one of those mythic beasts, the “untranslatables,” the foreign words that supposedly lack any equivalent in English. Lists of them spread virally online. Someone may have shared one with you on social media: it might have included utepils, sgrìob and saudade—of which more later. But for now, let us examine goya.

Urdu speakers know the meaning of goya in their bones; for the rest of us it is a mystery. When a native son or daughter of Pakistan hears it, whole worlds are conjured—scenes of tales told around a fire as the smoke rises into the crisp air of the Hindu Kush, of being dandled on a grandmother’s knee, of being told a cautionary tale by a village elder as a child and remembering it for the rest of your days. “Goya,” as one breathless internet account has it, “is an Urdu word that refers to the transporting suspension of disbelief that happens when fantasy is so realistic that it temporarily becomes reality . . . usually associated with good, powerful storytelling.”

Goya. Almost a mystical experience in itself. But look it up in a dictionary and you’ll find “as if,” “as though” and “as it were.” One Urdu speaker I asked translated it as “as though”; another, “and so.” It’s used to make or clarify a point—the sentence might be structured as “and so (goya), as I was saying.” Based on this, it seems to function as a discourse marker, which the Cambridge A–Z of Spoken and Written Grammar defines as “words or phrases like ‘anyway,’ ‘right,’ ‘okay,’ ‘as I say,’ ‘to begin with.’ We use them to connect, organize and manage what we say or write or to express attitude.” That’s it. No mystical campfires here. No “transporting suspension of disbelief that happens when fantasy is so realistic that it temporarily becomes reality,” unless the Hindu Kush you’re thinking of is the strain of cannabis. Whoever came up with this translation even seems to have got the grammar wrong: their explanation suggests a (very) abstract noun, whereas goya is an adverb, formed on the stem of a Farsi verb meaning “to speak.” (In that language, the ultimate source of the Urdu word, gooya means “as it were,” “as you would say” or “apparently.”)

So how did this happen? There is something deeply seductive about the idea that other languages contain codes that are impossible to crack, as I know from first-hand experience. When I was a kid, I used to sit in the hallway and listen to my dad speak Farsi on the phone to his relatives in Tehran. I had no idea what he was saying, and nor did my brother and sister. But we learned to recognize certain phrases, two in particular: tarjimmykonee and azbezutumkay. We used to repeat them, over and over. Like “abracadabra,” they seemed to be incantations. Dad was a magician. When, as an adult, I learned what these phrases actually were, I realized the extent to which we had filtered them through our English-attuned ears, distorting the sounds and syllables. And the meaning was more prosaic than I imagined, too. Tavajoh mikonee can be translated as “Are you paying attention?,” a conversational filler like “Do you see?” or “D’you know what I mean?” Arz be hozuretan ke is a polite stock phrase similar to “May I say, . . .”

I was a child, but adults should know better than to believe that other cultures speak in spells. The concept of “untranslatable words” preserves the idea that the world can never be fully mapped out and expunged of mystery. That’s a comforting thought. It keeps alive the possibility of escape—of something surviving far beyond our everyday experiences.

The concept of “untranslatable words” preserves the idea that the world can never be fully mapped out and expunged of mystery.

It is also an easy replacement for the hard tasks of em­pathy and understanding. The campfire in the mountains is a beautiful fantasy of Pakistan that does two things: it allows us to imagine that we don’t have very much in common with the average Pakistani. It puts them at one remove, which fits with the strange stories we hear about them: that they’re by turns esoteric, warlike, fanatical, eccentric and primitive. It also saves us having to learn what the circumstances of life might actually be like there. The difficulty of getting credit in order to afford a washing machine, the poor production values of daytime TV. If all that seems fairly harmless, think about it this way: when you believe people are unfathomable because they speak a different language, you’re just as capable of thinking that they’re inferior or evil, instead of charming or other-worldly.

The cult of untranslatables goes beyond orientalism. They spread, meme-like, with the same misleading explanations repeated. Often, they hew suspiciously closely to stereotypes about the culture in question. Cheerfully eccentric Nordic types, when they’re not in the sauna, like nothing better than utepils: “Norwegian for to sit outside on a sunny day enjoying a beer.” How quaint. And how informative about Scandinavian culture. Except, utepils isn’t a verb, it’s a compound noun, from ute meaning “outside” and pils, “beer” (after the Czech town Plzen, which produces one popular type). So it means “outside-beer”—a concept hardly foreign to British people, for example, whose pubs frequently come equipped with beer gardens.

Author Bill Bryson tells us that “Gaelic speakers of Scotland . . . have a word for the itchiness that overcomes the upper lip just before taking a sip of whisky. (Wouldn’t they just?) It’s sgrìob.” The modern dictionary definition is in fact a scratch, or scrape. Bryson was probably columnist Allan Brown’s source when he wrote in The Times of “the Gaelic word describing the tingle of anticipation felt in the upper lip before drinking whisky.” He went on: “The fact that Gaelic has a six-letter word for this while English has a twelve-word phrase reveals a lot about Gaelic ways and priorities.” The linguist Geoffrey K. Pullum wrote this withering response to Brown’s column for his website Language Log:

Is Bryson at least right about the meaning, though? His definition can be traced back to an illustrative example in a dictionary of Gaelic compiled by Robert Archibald Armstrong and published in—wait for it—1825. The primary definition here is still “scratch, scrape.” It can be used, we are told, to describe “an itching of the lip, superstitiously supposed to precede a feast or a kiss from a favorite.” The phrases given are sgrìob poige (itching preceding a kiss) and sgrìob dibhe (itching preceding a dram). Given that dibhe just means “drink,” we might gloss sgrìob dibhe as “drink-itch,” a perfectly translatable, if idiomatic, term which brings to mind something like “gagging for a drink.” I think it’s a stretch to define any part of that expression as uniquely, mysteriously English.

Another popular untranslatable is Age-otori, Japanese for “the state of looking worse after getting a haircut.” It’s sometimes quoted as Age-tori, which caused confusion for my Japanese informant because that is one way of saying “fried chicken.” Age-otori, on the other hand, is something modern Japanese people have to google, because they never use it. There’s a reason for that. The Kojien dictionary tells us that it has been used with the meaning of “formally styling one’s hair for a coming-of-age ceremony, with the contrary effect of making oneself look worse than before,” but notes that this is attested in The Tale of Genji, a literary work from the eleventh century that describes in detail the mores and ceremonies of the Japanese imperial court. What does “untranslatability” mean exactly when the phrase requires explanation to speakers of the source language?

Then there are words like saudade, which most patriotic Portuguese speakers will be happy to explain is untranslatable. They often go on to immediately translate it as “a nostalgic feeling of missing someone or something you love.” This, granted, is not a single, pithy word, but it’s a concept that feels anything but alien. You could also argue that “homesickness” in English, while it mostly refers to missing the place you usually live, can be used metaphor­ically with a much wider meaning. The phrase “homesick for yesterday,” if a little whimsical, doesn’t sound nonsensical to me at all. (Tobias Becker, a historian of popular culture, has used it as the title of a research project on nostalgia.) The short-story collection by Ottessa Moshfegh, “Homesick for Another World,” has a title that conveys something more than simply the desire to be where you once were. Saudade’s scope might actually be more restricted than “homesick”—one native Portuguese speaker assured me it can only be used about things that have been experienced—so “saudade for another world” wouldn’t make sense. 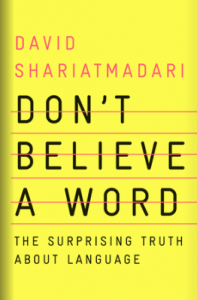 David Shariatmadari is a writer and editor at the Guardian. He studied linguistics at Cambridge University and the School of Oriental and African Studies in London, where he now lives. 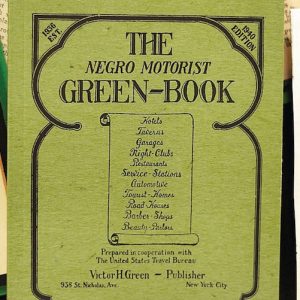 It was places such as Fantastic Caverns that made every mile of Route 66 feel less like a fun adventure and more like a minefield....
© LitHub
Back to top
Loading Comments...