Why The Futurist Cookbook Was the First Lifestyle Blog

On November 15th, 1930, leading Italian Futurists sat down to a 12-course dinner at Milan’s Penna D’Oca restaurant that brought about an alarming epiphany: Italy was in need of a culinary renewal, and this need was urgent. Acclaimed Chef Bulgheroni had served the men courses like “consumato of roses and sunshine” and “tears of the god ‘Gavi’”—courses meant to be the “gastronomic eulogy of Futurism,” but ones that poet F.T. Marinetti, the movement’s leader, and his followers deemed to be only “timidly original.”

“I hereby announce the imminent launch of Futurist Cooking to renew totally the Italian way of eating and fit it as quickly as possible to producing the new heroic and dynamic strengths required of the race,” Marinetti announced in a notedly fascist speech in the middle of the dinner, as quoted in The Futurist Cookbook (La Cucina Futurista), his manifesto that masquerades as a cooking manual. Part right-wing Futurist propaganda, part avant-garde exploration of the blurred line between food, art, and ideology, the book reads less like Alice Waters’s The Art of Simple Food and more like Joris-Karl Huysman’s À Rebours. Simply put, The Futurist Cookbook feels like one of the century’s biggest artistic jokes. That is, until you consider that we live in a time where cookbooks have become lifestyle guides and the plating of food is considered an art form, making Marinetti feel comically prophetic in a way, leaving you wondering, are we in the true age of Futurism?

While Marinetti didn’t turn his focus toward food until the late 1920s, the movement extends back to February 20th, 1909, when he published “The Founding and Manifesto of Futurism” on the front page of Le Figaro, France’s most widely circulated paper. Triggered by Italy’s unstable political atmosphere under the corrupt Prime Minister Giovanni Giolitti, and the 20th century’s rejection of feelings-first Romanticism, Futurism was born out of a passion for speed and technology, the liberation of traditional art, and an all-encompassing repudiation of prior conventions. Misogynist, fascist, and devoted to novelty and shock, Futurism is, by the standards of a modern-day sane being, deplorable.

“We establish Futurism because we want to free this land from its smelly gangrene of professors, archaeologists, ciceroni and antiquarians,” Marinetti writes in The Futurist Cookbook, which, despite its lasting reputation, was a late manifestation of the movement, published in 1932.

In early 20th-century Italy, it was Pellegrino Artusi’s La scienza in cucina e l’arte di mangiar bene (Science in the Kitchen and the Art of Eating Well) that was the country’s most sacred cookbook—a 650-plus page cooking manual that would sell more than 52,000 copies between its publication in 1891 and the author’s death in 1910, and would sit alongside olive oil and cured meats in kitchens across the country. Unlike the majority of cookbooks before it, geared toward professional chefs, Artusi’s addressed housewives. It championed family-style dining and the history behind dishes, and included his light-hearted personal anecdotes—it wasn’t rigid, but instead unintimidating and welcoming.

So naturally, Marinetti hated it. He hated the idea of “the family table,” classic yet unoriginal recipes, and Italy’s universal notion of what made a meal great. More than anything, Italy loved pasta, and Marinetti hated pasta.

“We must stop the Italian male from becoming a solid leaden block of blind and opaque density,” he writes of the man who eats the “passéist food,” a habit he declares an “absurd gastronomic religion.” Worded less chidingly, such phrases would go unnoticed in any modern day low-carb or paleo cookbook.

But the abolishment of pasta was only one of Marinetti’s fundamental changes outlined in The Futurist Cookbook, as he delves into redefining the true art of consumption. The book documents new proposed ways of consuming, the grand Futurist banquets, the movement’s definitive meals, and even recipe formulas intended for restaurants. Except the formulas don’t feel so formulaic, and instead feel more like Sleep No More-inspired dinner parties, if you disassociate food from dinner and consider parties a form of performance art.

To Marinetti, the perfect meal is about absolute originality and harmony in taste, presentation, aesthetics—it mustn’t just excite the mouth, but all five senses. There should be recited poetry, music in between courses to “reestablish gustatory virginity,” food molded in sculptures, perfumes sprayed about the room or even directly into your food. Meals don’t even have to include food!

Perhaps the meal the most telling of the Futurist diet is the dish “Aerofood,” a course formulated by Luigi Colombo Fillìa, a second-rate artist who worked most closely with Marinetti on The Futurist Cookbook. On the plate, the dish was simple: a slice of fennel, one olive, and a kumquat. But those components were merely gustatory, and as any good Futurist knows, meals aren’t just about eating. Next to the plate were strips of cardboard with pieces of velvet, silk, and sandpaper that diners were to “finger with [their] right hand to provide prelabial sensations” while simultaneously eating with their left. During all of this, waiters sprayed the guests’ heads with “capillary ablutions”—tepid, it should be noted, as the Futurists didn’t want any bald men to catch cold.

“[I] would not recommend [the dish] for the hungry,” the editor of Italy’s L’Italia Giovane newspaper wrote in the paper’s review, after attending a Futurist dinner at which Aerofood was served. He did, however, relay that “good digestion [was] safeguarded,” which is an accurate statement, as diners’ stomachs had nothing to digest.

Nearly 85 years old, The Futurist Cookbook is inherently dated, yet its outline—this is our lifestyle, this is what you have to eat to adopt our lifestyle and be one of us—is now what’s expected of modern-day cookbooks. Readers no longer turn to cookbooks to learn how to cook, but instead how to live. “Men think, dream, and act according to what they eat and drink,” Marinetti writes in The Futurist Cookbook, which is not so far off from “you are what you eat.” Gwyneth Paltrow doesn’t just tell you what to put in your green smoothie, but also what creams to smear on your face and how to do your kegels. Furthermore, while you could laugh at Marinetti’s suggestions to plate your food as intricate landscapes, have you never taken an Instagram of your perfectly plated meal?

Ignoring the deplorable politics and conventions, I set out to review the Futurist lifestyle by testing a dinner. Some were easy to rule out, like the “Autumn Musical Dinner,” which required of me a hunter’s cabin and a peasant woman whose “convalescent son” would play the violin while I dined on capers, liqueur cherries, and chips. As I am partnerless, the Bachelor Dinner appealed to me at first, but the meal involved crafting characters like “a dark man-friend” and a “beautiful nude” out of random foods, which I concluded would make me feel both sad and weird. 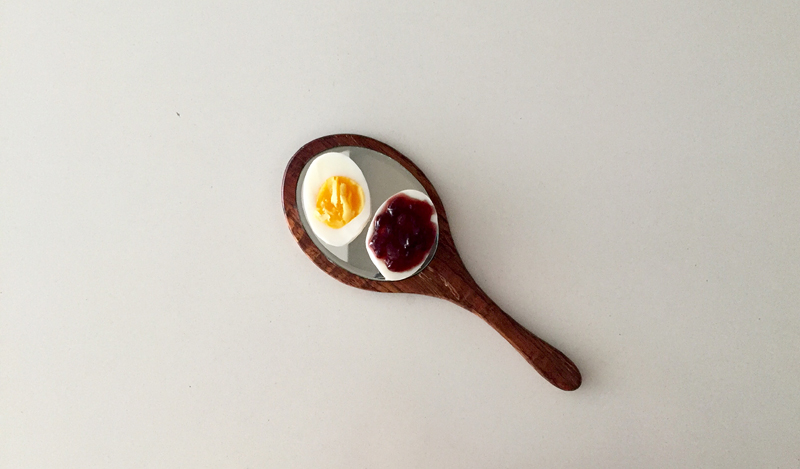 I landed on the Declaration of Love Dinner, which I decided to serve to myself because I thought it’d be nice to remind myself how much I love me. I focused on one course: Flesh Adored. It called for sliced chicken, perfumed with amber, and a layer of cherry jam, to be served on a shining mirror so that the diner could admire herself as she ate her food—by Futurist standards, a relatively tame dish.

To be transparent, I chose it because I had a jar of cherry jam in my fridge, and I figured that because I had eaten duck with cherries, this couldn’t be too bizarre a combination. But knowing that Futurists championed originality and shock value, I didn’t want to follow the rules—I wanted to futurize the dish. So, as someone who believes the world could be eating less meat, I used eggs instead of chicken; and as a staunch advocate for lowering America’s food waste, I decided to not ruin the dish with amber oil, so I instead dabbed Dior’s Poison perfume onto my wrists, which lists amber as one of its notes.

Perhaps the best way for me to relay my evaluation of the dish, which was essentially a hardboiled egg with cherry jam on it, is that while I only plated one half of a hard boiled egg, I voluntarily consumed both halves, jelly-smeared. It was, without mincing my words, quite good. Though the dish was at first unappetizing, when I reminded myself that eggs aren’t high on the umami scale and that beloved desserts like custards and creams are egg-heavy, it seemed less wrong. In fact, the only bizarre aspect of the dish was its texture, as I’m more apt to salting my eggs than sugaring them; but flavorwise, it tasted like deconstructed clafoutis. And while I experienced no notable olfactory excitement from my perfume, and I struggled to admire my beauty on the tiny little mirror, Marinetti would be happy to know that he did in fact shock me and make me rethink my conventions. I most certainly would’ve gone my entire life without giving thought to pairing a hard boiled egg with jelly. If you loosely define exciting, the experience was just that.

As for its projection into the future, I’d also add that is has staying power. If black bean brownies can make it in this godforsaken world, so can jelly eggs. 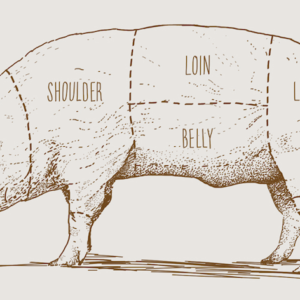 Three years ago, I found myself in a shed in Campagnola Emilia, Italy, surrounded by dozens of cute nonni, confronted with...
© LitHub
Back to top
Loading Comments...