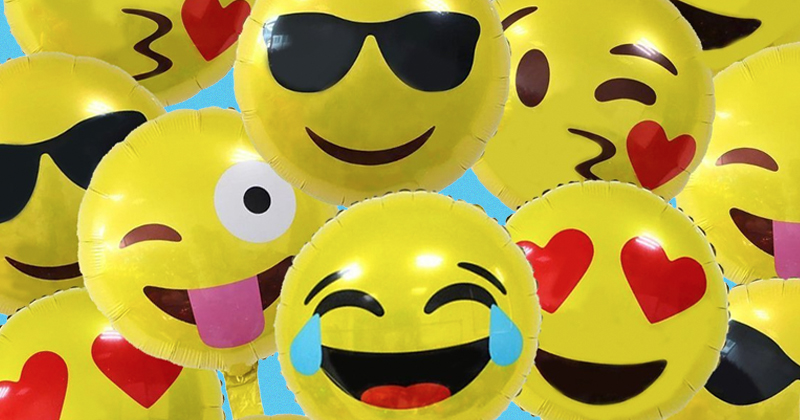 Why I Struggle To Relate To Relatability

Likability in Fiction Isn't the Same Thing as Empathy

At the beginning of each semester, I joke with my students about forbidden words in workshop classes. In their poetry class, they tell me, they can’t use the word “flow.” In my classes, they tease, they know they can’t use “relatable.” And yet they do use this word, again and again. “I know I’m not supposed to say ‘relatable,’ but I can’t help it,” they say. “It’s how I feel.” “What does it mean,” I try. “When you say ‘relatable,’ what are you really saying?” And they have many answers: I like this character. I see myself in her. I can relate to his anger. I can relate to her dynamic with her mom. I have social anxiety too—I can relate to his panic attacks. My students find a lot of different characters and situations “relatable”—they use this word when we discuss narratives that explore sexual identity and trans characters, stories that take place in dystopic futures, stories about serial killers, stories about girlhood and boyhood and parenthood. There seem to be no limits to relatability, so why does the word irk me so much?

Rebecca Mead, in her article in the New Yorker, gets at something I sense I’m feeling when she writes:

. . . to demand that a work be “relatable” expresses [an] expectation: that the work itself be somehow accommodating to, or reflective of, the experience of the reader or viewer. The reader or viewer remains passive in the face of the book or movie or play: she expects the work to be done for her. If the concept of identification suggested that an individual experiences a work as a mirror in which he might recognize himself, the notion of relatability implies that the work in question serves like a selfie: a flattering confirmation of an individual’s solipsism . . . To appreciate “King Lear”—or even “The Catcher in the Rye” or “The Fault in Our Stars”—only to the extent that the work functions as one’s mirror would make for a hopelessly reductive experience. But to reject any work because we feel that it does not reflect us in a shape that we can easily recognize—because it does not exempt us from the active exercise of imagination or the effortful summoning of empathy—is our own failure. It’s a failure that has been dispiritingly sanctioned by the rise of “relatable.”

Does “relate to” suggest empathy? Mead would suggest that it does not. Empathizing requires an active stance toward a story. It involves curiosity, perhaps even estrangement, and as Mead says, an act of imagining. Empathizing suggests a stepping outside of our own experiences in an attempt to understand those different from our own, about crossing differences toward understanding, or at least interest in the unfamiliar. Relatable, on the other hand, suggests sameness and identification. But my students and their observations muddy the discrepancies for me—they seem to find traces of themselves (or at least their emotional, intellectual, and psychological experiences) in characters and situations that are often very different from their own lives, from themselves. Shouldn’t this fill me with optimism and hope?

Fondness is a great way to engage with literature. In my childhood, I was very fond of Ramona and Beezus, Laura Ingalls, Bilbo Baggins, Scout, Jo March, Cassie Logan, and Meg Murry. But once I began reading more deeply and with more curiosity and activity, the characters who lingered in my memory were the characters who challenged me, who made me uncomfortable,

who didn’t mirror me at all or who offered a mirror into my less desirable traits or attitudes, who were selfish and flawed and prickly and mercurial, who were frightened and angry and haunted and ashamed—Tolstoy’s Anna Karenina, Morrison’s Sethe, Baldwin’s David in Giovanni’s Room, many of Alice Munro’s protagonists, Patrick Melrose, Antoinette Cosway in Rhys’s Wide Sargasso Sea, Rushdie’s Saleem Sinai, Tayo in Silko’s Ceremony. These are not traditionally “likable” or “relatable” characters, but they are certainly memorable. And, for me, they forced me to ask complicated questions about desire, agency, culpability, honesty, guilt, and forgiveness.

“We are soothed and comforted by sameness, but in the process, we lose the constructive act of looking more closely.”

The debate around likability and unlikability, particularly in women’s fiction and women characters, has been hashed out again and again. Claire Messud’s comment during an interview with Publishers Weekly back in 2014 created a wave of commentary and many articles that tried to get at the heart of what a likable or an unlikable character even is, the spaces they inhabit (popular vs. literary fiction), and how limiting or expansive this kind of approach to reading might be. The debates ranged from discussions of reading practices to literary snobbery to feminist arguments about double standards in publishing. Many of the conversations came back to a central question about fondness and relatability: From Jennifer Weiner in Slate:

Messud sounds so fierce, so unassailably correct in her assertion that if you’re reading to make friends, you are Doing Reading Wrong. But while there are plenty of complicated, flawed, unlikable heroes in literature, it’s just as easy to rattle off dozens of characters who do, in fact, feel like friends . . . I don’t care if it’s supposed to be wrong. I will freely admit to reading books to find friends. I did it when I was young, and friendless.

Weiner champions the likable in fiction and suggests that the disdain many critics (and self-proclaimed literary writers) show toward popular fiction reeked of elitism. I don’t think Weiner meant to suggest that the friends she found in literature were always perfect or always did the right thing, but by attributing likability to them, it’s easy to associate other attributes—warmth, easiness, compassion, honesty, good humor, and kindness. Indeed, Weiner describes likable literary friends as funny, frank, and intimate.

At times when I’ve felt friendless or lonely, I suppose I’ve imagined companions that demonstrated most of the above traits. But are these the best kinds of friends? Edan Lepucki, in the Millions writes:

I’ve been thinking a lot about what I want to see in fictional characters, no matter the gender. I want them complex and realistic, and also surprising. And for female characters, it’s particularly important to me that they have the freedom to be whatever they need to be, whether it’s strong, or weak, or ice-cold, or vulnerable, or all of the above. After all, my real-life best friend can be all of those things, and I still love her.

I appreciate what Lepucki is saying here, particularly when it comes to female characters, but I also want to move beyond this question of fictional characters as friends (or as relatives or as bosses or colleagues or any other real-life manifestations). Realistic characters, yes. Real people, no. Perhaps relatability conflates fiction with real life too much for my comfort as a reader and as a writer.

I’ve been thinking about these questions a lot lately because my novel is a narrative about friendship, about best friends who can hurt one another even as they comfort one another, laugh together, reminisce, tease, and make meals together. They are capable of enormous acts of generosity, kindness, and love. They are also, at times, flawed, selfish, dishonest, resentful, prickly, angry, frightened, and ashamed. I think about how the relationship between the characters in my novel might somehow mirror the relationship between reader and characters—how readers might, at times, love a character only to feel betrayed by them in a later chapter when they behave selfishly or out of spite. Or how a reader might loathe a character for her spinelessness only to feel surprised and drawn in by her bravery in a later scene. Rather than a singular line of identification, some long-lasting friendships require a bit of messiness or unpredictability—and distance.

My novel focuses on the friendship between three characters—Claire, Rachel, and Charlie. After Claire contracts encephalitis and loses large pieces of her memory, the characters are forced to contend with their collective past, the love and anger and regrets they all carry within them. Their friendship was not born out of ease; instead, they bonded out of a shared sense of loss and loneliness. Many of us can probably “relate” to this kind of friendship—intense, dependent, passionate, vulnerable, needy. There is comfort and solace to be found in these types of relationships, at least in the short term, but there is also the possibility of injury and betrayal. Claire, Rachel, and Charlie declare their house “The Orphanage,” suggesting both their untetheredness and their shared sense of space and experience. They are each lonely in their own way and are in desperate need of family. In a sense, the characters relate to each other too much, collapsing their own experiences onto others, so they no longer see the gaps between them, the differences, the misunderstandings.

When we start to think we know each other so well, almost like a second self, a certain kind of laziness or complacency can set in. We are soothed and comforted by sameness, but in the process, we lose the constructive act of looking more closely. Our curiosity might dim. Our critical distance shrinks. In our search for ease and identification, we escape rather than actively pursue. Of course, I am both speaking about my fictional characters as well as our behavior as readers. What does it mean when we say we want to lose ourselves in a story? Do we mean that we go looking for a reflective mirror that refracts ourselves and our experiences back at us in an endless loop of identification? Or does it mean that we go on an active hunt of figuring out, where we bump up against surprise and difficulty and unfamiliarity, where perhaps we are made to feel uncomfortable, displeased, estranged, angry, and frustrated, so that we become entangled by a narrative, not merely lost.

Mohsin Hamid offers a more productive and hopeful attitude toward finding the likable and relatable in the fiction we read:

Perhaps, in the widespread longing for likable characters, there is this: a desire, through fiction, for contact with what we’ve armored ourselves against in the rest of our lives, a desire to be reminded that it’s possible to open our eyes, to see, to recognize our solitude—and at the same time to not be entirely alone.

With this kind of reading, maybe my students and I can have it both ways. We can find the comfort and pleasure to be had in feeling less alone, but in the process of recognition, we don’t have to lose an active stance of looking, of questioning, of engagement, of contact with worlds both familiar and unfamiliar. We can treat fiction like fiction—narratives that say something about our lived experience without confusing them with our actual lives, without relating them so much to our own experiences that we no longer hear what they are trying to tell us.

Joanna Luloff received her MFA from Emerson College and her PhD from University of Missouri and now lives in Denver, where she teaches at the University of Colorado. Her earlier stories have appeared in several journals, including The Missouri Review, Western Humanities Review, and New South, and she edits the journal Copper Nickel. Her short story collection, The Beach at Galle Road, was a Barnes & Noble Discover selection. Remind Me Again What Happened is her first novel.

My Dinner with Denis Johnson 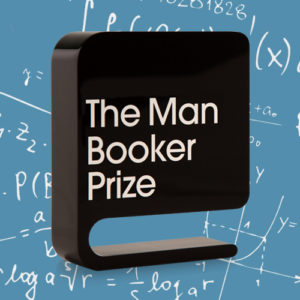 The Man Booker Prize is turning 50. Established in 1968 and first awarded in 1969 (as the Booker–McConnell Prize), the Booker...
© LitHub
Back to top