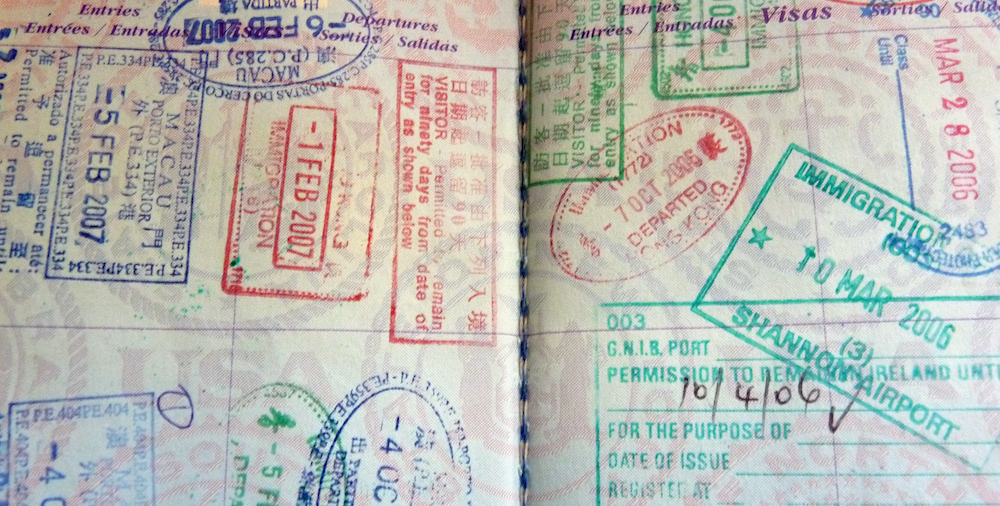 John Gimlette on Doing the Not Very Sensible Thing

Somewhere, tucked away deep in the vaults of the BBC, there’s a tape of an interview between me and the indomitable Libby Purves. I shudder to think about it. The interview is all going well, and I’m chatting away about some escapade with a bear or a tribe of cannibals, and then she asks: “Why did you become a travel writer?” Weirdly, this question absolutely floors me, and I can hear myself struggling for words. “I don’t know,’ I gasp. To my wife (herself a veteran of radio), it’s a response of such fabulous stupidity that, even now, it makes her howl with scorn. “If I’d been Libby,” she says, “I’d have pelted you with rancid fruit.”

Well, such a sticky fate I’d rather avoid, and so I’ve been giving the question further thought. Embarrassingly, I’m not sure I’m any nearer the answer. But at least it’s fun, raking through the ashes of my burnt bridges and boats. After all, what normal person neglects a decent legal practice, in order to wander the world like a minstrel, sleeping in trees, and communing with pimps and guerrillas and all the other low-life you meet on the road. I mean, it’s not very sensible, is it?

And that’s the problem, I suppose: wanderlust and writing have such visceral origins, they seldom make sense. I can’t remember a time when I didn’t want to write. I suspect most authors are like that, and that it’s just a question of opportunity. Mine came one night in 1997, as I was coming back from work. I saw an ad on the train for a travel-writing competition, with a closing date the following day. I wasn’t in court so I wrote a piece about Paraguay, rushed it across the city by taxi, and caught the deadline just in time. It won, and—after that—I was able to get a few newspapers to take my work, and things took off from there.

As for the wanderlust, that’s almost harder to explain. I’ve always imagined it’s a congenital condition. On my mother’s side, there were doctors who traveled up the Labrador coast, and who were in Peking during the Boxer Revolt. On my father’s side, they were doctors too, but with the army in India, Malaya and Nepal. Books always emerged from these adventures, and George Gimlette’s history of the Nepali royal family, published in the 1890s, is still printed in India today. Meanwhile, in Singapore, John D. Gimlette’s Malay Poisons and Charm Cures (1915) remains in hot demand, the unsurpassed textbook for poisoners.

Like writing, however, wanderlust needs opportunity and a little encouragement. I didn’t have to wait long. My parents were keen travelers, and thought nothing of sending us out on our own. They first let me loose aged 12, putting me on the plane to Ireland where I’d spend my summers on a farm. Then, five years later, they bought me a ticket for the Trans-Siberian Railway. It was such an extraordinary journey, lasting eight days, that—after that—I felt anything was possible. During a single journey I’d been watched, monitored, admonished (for talking to the locals), and half-pickled by the Soviet soldiers, and I’d neither washed nor eaten hot food. For all that, it was one of the most enjoyable experiences imaginable. After this, travel held no fears, and I was hooked.

The wanderlust has changed a bit over the years. There was once a time when I wanted to go everywhere and see everything. But now, I’ve become a bit more surgical about it, wanting to explore places more methodically and deeply. I’ve realized too that some things interest me more than others; tribes; conflict; writers; river-life, carnivals, customs, medicine and the urban poor. Essentially, it’s about people. Perhaps that’s why I’ve never really cared much for forests, and I know I’d hate Antarctica.

The writing’s always been a part of my journeys. I was filling in journals long before I ever thought of publishing anything. That’s often made me wonder who I’m writing for, and I’ve realized it’s myself. Other authors often tell me they hate reading things they wrote years ago, but I never feel like that. For me, travel is such a remarkable experience, that I’m perfectly happy reading my own memoir. Sometimes, I feel I’ve had a privileged glimpse of a disappearing world. For Panther Soup, I spent my time amongst war veterans (including a wily old GI), all of them long-since dead. Places too have been transformed—like Libya and Syria—and only on the page has their beauty survived.

Even stranger, I’m often surprised by what I’d written, as if it confirms that what I remember is real. Life is so much stranger that fiction, and sometimes I need to re-assert the details. It might be the tiny houses in a village of runaway slaves (Suriname); or the great whale, the size of a train, sliding under my boat (Mexico); or the ex-SS officer I once met, with his two springer spaniels (Paraguay); or a battlefield still covered with over 25,000 burnt-out vehicles (Sri Lanka).

As I say, it’s usually people who are the most thrilling aspect of my journey. I like to think that everyone in this world has something interesting about them, and that it’s up to us to find out what it is. Sadly, the great and the good—the generals, the sportsmen, the ex-presidents—have always made the least interesting companions, being so well-versed and defensive. It’s the surprising encounters that have often been richer: the drunks and bums, the Sri Lankan rebel, the philanderers, the bear-trappers in Labrador, and a homeless tramp in the Scottish Highlands. I remember one critic commenting that the only people I ever seemed to meet were oddballs and hucksters. Well, try being me; these are the people I meet on the road.

I no longer try to understand everything. During my most recent journey, recounted in Elephant Complex, I knew from the start that comprehension was an elusive goal, and that Sri Lanka was a country to be enjoyed in perplexity. How can an outsider ever truly understand the caste system, or the concept of “losing face”? And is it serenity you see, or rage suppressed? For me, the diversity of the human condition is not just essential, it’s also a joy, and I don’t feel any great need to sort it all out.

Low country. Elephant in the Kelani Ganga. Courtesy of the author.

That’s not to say I’m always at ease. I feel culture shock acutely, however well I’ve researched a place and however much I think I know what to expect. Often that means I don’t really enjoy the first week of my travels, and I just hope the feeling will pass. Even Paraguay—which I adore—does this to me, and I feel horribly alien and out of place. But the feeling does pass, or I get used to it. That leaves just loneliness. I can’t stand being by myself for more than a day or so, and begin to crave company—almost any company. Perhaps that explains some of the stranger people I encounter on my travels.

I can’t pretend that the writing’s always easy either. I love the research. The only difficult bit about it is that—at some stage—have to stop absorbing the detail, and start painting the picture. But getting it all down on paper is even harder; some days it flows, but other times I have to take a break. The sheer effort of wringing out the imagination is exhausting, and yet—at the height of it all—I can’t sleep. That’s when I have to go back to being a lawyer for a while, and sleeping like a baby.

But the legal job is much more than merely sedative. I’ve never given it up, and nor would I want to. I specialize in clinical negligence, work that’s surprisingly rich in altruism and human interest. So I like what I do and—whether they’re doctors or patients—I like the clients. But I need the money too, to fund the travel. It terrifies me the thought that, even though you can write a book that’s up there with the New York Time’s “Books of the Year,” the financial returns are slender. I can’t therefore imagine that there will ever be a day when I give up plodding round the courts, and that’s fine with me.

So, yes, I can’t wait to be out there, traveling again. Particularly satisfying are those eureka moments, when my research bursts into life. Usually, it’s the discovery of an eye-witness, a person who can describe momentous events like the Jonestown massacre (Guyana), or the assassination of the Yugoslavian king (Marseille). But the discoveries aren’t always animate. Recently, I was researching the Japanese raid on Trincomalee, on April 9th, 1942. I’d heard that a kamikaze plane had crashed into a British fuel dump deep in the jungle, and so I set off to see what I could find. It was all there, a mass of melted metal, and I still have a lump of black, vitrified sand, a reminder of the passions of that day.

Happily, I don’t see any end to this strange double life. When I’m out “in the field,” I can hardly imagine my other life, and it’s the same the other way round. That has to be good, doesn’t it? For all that, I’m realistic about the books. Although the prizes (Dolman, Shiva Naipaul and Wanderlust) have been very encouraging, and it’s flattering to see your writing in print, it’s a transitory thrill. There’s no doubt that the best bit of any book is the travel itself. I’m not going to lie on my death-bed and say I wish I’d never been to any of those places (although I’ll probably skip North Cyprus next time. It looks almost derelict).

So, there you are, Libby Purves, there’s my answer. I’m sure I’ll never be asked on radio again, but at least I’ll be spared the incoming fruit.

John Gimlette has won the Shiva Naipaul Memorial Prize and the Wanderlust Travel Writing Award, and he contributes regularly to The Times (London), The Guardian, The Telegraph, The Independent, and Condé Nast Traveller. When not traveling, he practices law in London. 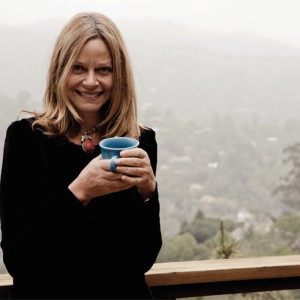 Joyce Maynard has lived her life in the public eye since 1971 when her essay, “An Eighteen-Year-Old Looks Back on Life,”...
© LitHub
Back to top
Loading Comments...