Why Every Aspiring Writer Should Go See Paterson

Indulge in a rare bit of artistic realism

Most movies about artists tend to fall into one of two categories: they are either stories of success or stories of failure. Well, sure, you might think. What other story is there? Okay, there’s the one where a psychotic fan kidnaps an author and forces him to write for her, which might actually be in both categories, depending on how you view success and depending on how you view failure. But you get my meaning.

Take, for instance, the recent and apparently divisive La La Land (if you must know, I loved it, because I, unlike some, have a soul), which introduces us to two down-on-their-luck artists: Mia (Emma Stone), a barista who dreams of becoming an actress, and Sebastian (Ryan Gosling), an unemployed jazz pianist who dreams of opening his own club. Times are hard. Mia can’t get cast. Sebastian gets fired again. It’s LA. There’s a meet-cute or two. Sebastian takes a soulless but high-paying gig. Mia quits for good. They try again. Etc.

Spoiler Alert: in the end, they both make it—she becomes a movie star and he gets the jazz club he’s always wanted, where he’s the star of his own particular show. (Actual spoiler alert: they also give one other up for their art, which is a refreshing [if, in practice, rather gutting] twist—they don’t actually get to have everything, which makes the film feel, among other things, quite modern.) On the artistry front, it’s all very heartwarming and satisfying. And hey, there are some frankly adorable dance numbers.

In the other category, you have films like the Coen Brothers’ 2013 effort Inside Llewyn Davis, which follows a relentlessly bleak week in the life of its eponymous aspiring musician (Oscar Isaac), who lives in Greenwich Village in the 1960s. When I say relentlessly bleak, I mean it—I saw this film with a squadron of writers who all stumbled out of the theater clutching their notebooks and sobbing. Well, not really, but it might as well be true. Llewyn experiences artistic disappointment after artistic disappointment, rejection after rejection, and ass-kickings both emotional and physical until the film—which pointedly leaves off where it began, the final scene an echo of the first, except that time has gone by, what little money Llewyn once had has been spent, and everything is a little worse—mercifully ends. The only character who has a remotely happy ending is the cat. Don’t be an artist, this film counsels its viewer, because you’ll fail, and not only will you fail, but while you do you’ll probably have to watch someone ostensibly just like you, but not actually you (in this movie, it’s Bob Dylan) succeed.

Enter Jim Jarmusch’s Paterson, which is about neither hitting the big time nor about failing miserably. It is neither hopeful nor hopeless. It is, in fact, the most realistic movie about an artist that I have ever seen—despite its spattering of surrealist Jarmuschian elements (the twins Paterson sees everywhere, the Japanese stranger’s final salvo). The film follows a young man named Paterson (Adam Driver) who lives in Paterson, New Jersey, and who loves William Carlos Williams, one of Paterson’s famous residents, whose epic poem, also called Paterson, appears in numerous scenes in the movie, which, just as a reminder, is called Paterson. Paterson is a bus driver, and he is also a poet. His poems are neither good nor terrible. Some have their moments. He lives with a woman, Laura (Golshifteh Farahani), who is by turns trying and wonderful, and who creates art with abandon. Her art is neither good nor terrible. It has its moments. Her cupcakes look delicious.

In this film, Paterson does what most writers—not most writers whose names you know, although those too, but actually most writers—do: he writes. For himself. In obscurity. He writes before work, during his lunch break, and sometimes after work. He writes in the moments that he has available to him, the moments that are not consumed by his job, or by his relationship, or by the sometimes-wonderful, sometimes-unsatisfying day-to-day business of his life. He does not seem to want to do anything with his poems. He does not want to publish them, or share them with anyone other than Laura. He just wants to write them. He just wants to write them, and have a beer in the evening, and wake up next to the woman he loves in the morning.

Spoiler Alert: Paterson does not wind up with a book contract at the end of this movie. He does not even receive any external appreciation for his poems, other than from his partner, who, as the movie frequently reminds us, has an extremely low bar for beauty. (But there is something important to learn from Laura too, a character who finds satisfaction and even joy, sometimes absurd, stupid joy, in the mere creation of art, and who believes honestly not only that both of them can do anything but that they will.) Though this is a quiet film, things do happen: there is a moment of crisis that sends Paterson into a state that seems sort of like despair—although he’s stoic enough that it’s hard to tell. There is a moment where a stranger restores him. Time passes.

Like Inside Llewyn Davis, Paterson leaves its protagonist more or less where he started. But unlike it, while watching Paterson, you get the sense that all of Paterson’s days writing poetry for himself are, in fact, adding up to something, even if it’s nothing that would be called “success” by an external judge. This is a much better story for the aspiring writer than either the rags-to-riches tale or the doom-and-gloom one, because this is a story that posits that the work can be, and should be, enough. You probably won’t get famous. You’ll probably have to keep your day job. Often your days will be boring. Often your poems will be bad. Sometimes they will be good. And all of that’s all right. That’s how it should be. More importantly, that’s how it is. 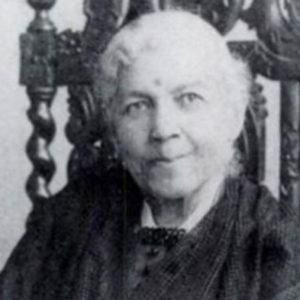 What's your favorite work of resistance literature? That's the question that launches this year's NBCC Reads series, which...
© LitHub
Back to top