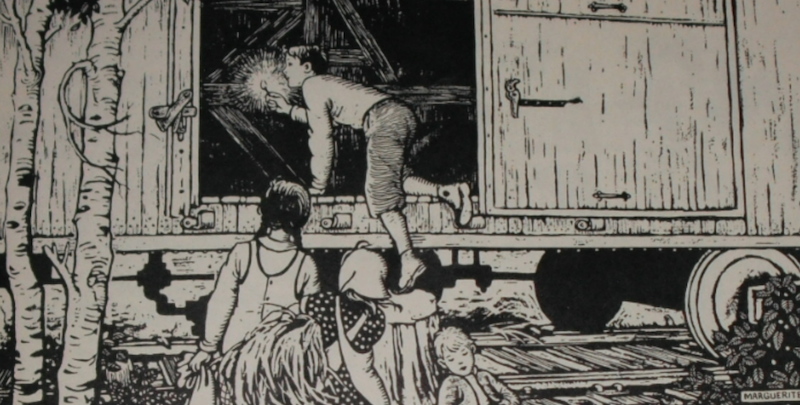 Why Do We Write About Orphans So Much?

Until I was about eleven years old, I was plagued by one upsetting, obsessive thought: it was that, at some point in my childhood, I was doomed to become an orphan. In the week leading up to an evening out for my parents—which, of course, meant a babysitter for me—I would begin to make preparations for their inevitable death by automobile. I don’t remember where I got the idea that they would perish in this way, but I was convinced of it. I always wept bitterly upon their departure; and I always spent most of the rest of the evening in their bedroom, lying on their bed or sitting in their closet, clutching a keepsake that reminded me of my mother (a scarf, a jacket, the book she was reading). I shrugged off the poor babysitter’s attempts to lure me out and awaited the telephone call or the knock on the door that would bring with it news of the accident—which, I imagined, was preordained, fated, as certain as the turning of the hour.

Now, of course, my sympathies lie with the babysitter, and with my parents—who were not, by the way, frequent socializers, and who must have dreaded my dramatics as much as I dreaded their departures. But then, I thought only of myself, and of the world as I would know it once I had finally become an orphan.

I’m not sure when or why this started. But recently I’ve been wondering if it may have been the fault of the children’s literature that I liked best.

I loved The Secret Garden—first the Frances Hodgson Burnett novel, and then the televised 1993 BBC production that featured one of Beethoven’s satisfyingly morose Nocturnes as its theme song—but the part in which Mary’s parents die sudden and violent deaths of cholera (which is housed within a chapter titled, incidentally, “There Is No One Left”) implanted itself firmly in my imagination.

A parade of other orphans followed. Anne Shirley, of course; and Dicey from the Cynthia Voigt series about the Tillerman children; and, before them, the Boxcar children; and just about every character that Noel Streatfield ever invented for her wonderful Shoes books. And then some of the many Dickens novels that center on orphans, and then Jane Eyre, a book I stubbornly read when it was too hard for me, determined to get through it, ultimately scarred by the terrible treatment of poor Jane, the orphan, who had no one in the world to protect her. This, I knew, would be my fate too, once my parents were finally out of the picture. “There Is No One Left,” I would murmur, stoically, as I was carted off to the workhouse.

To my surprise, I made it out of childhood with both parents intact. But my youthful fixation has, I fear, become a writerly one in my adulthood, as so many youthful fixations do. Without meaning to, I have included an actually or functionally parentless character in each one of my three completed novels. (And, if I’m being honest, I’m in the very tentative beginning stages of a fourth with a similarly parentless adult protagonist.) Of course I’m not the only author to use orphan characters regularly, but I’ve begun to question why it has become, in a sense, my personal trope.

I could ascribe it, I suppose, to a sort of Generalized Anxiety Disorder that began in childhood (like many writers I know, I am possessed of a tendency to catastrophize, along with a somewhat melancholy disposition and a quick startle reflex whose upside is that I can usually catch a falling drink before it hits the floor). What, after all, is the worst fate a child can imagine? The loss of her parents is up there. And my current artistic interest in orphan characters may just be a relic of that time. I sometimes think that everything that inspires me to write was cemented for me by age thirteen.

Another theory: for many writers, including myself, I think there is a practical or functional component to writing about orphans. The orphan character—especially one who is an orphan before the novel begins—comes with a built-in problem, which leads to built-in conflict. And, as I am constantly telling my creative writing students, conflict is all.

Melanie A. Kimball, in a 1999 article in Library Trends titled “From Folktales to Fiction: Orphan Characters in Children’s Literature,” begins with an excerpt of an Algerian folktale:

Once there was a child wandering about on the earth who was an orphan. He had neither father nor mother, and he was very sad. Nobody paid any attention to him, and nobody asked why he was sad. Though he was sad, the child did not know how to weep, for there were no tears yet in the world.

When the moon saw the orphan child going about, he felt compassion: since it was night, the moon came down from heaven, lay down on the earth in front of the child and said, “Weep, orphan child! But do not let your tears fall on the earth, from which people get their food, for that would make the earth unclean. Let your tears fall on me. I shall take them with me back to the sky.”

The orphan child wept. Those were the first tears in the world, and they fell on the moon. The moon said: “I shall now give you the blessing that all people shall love you.” After the child had wept his heart out, the moon went back to the sky. From that day on the orphan child was happy. Everyone gave him whatever delighted and gladdened him. To this day people can see on the moon’s face the stains of the orphan child’s tears, which were the first tears in the world.

This idea that the orphan’s tears are the “first” and therefore most important tears in the universe, that the pain of the orphan occupies a place of precedence among all other types of pain, feels instinctively true, and makes writing about orphans tempting for a novelist. It is the solution to a technical question; it propels both the author and the reader into the story.

My question—one that’s on my mind as I begin my next novel—is whether it is facile to rely on this trope. Am I simply using the easiest problem that exists? And is this problem—more troublingly—even mine to write about? It does not escape me that there are people in the world, many of them, who did lose both parents in childhood: whose real pain dwarfs any youthful anxiety I might have experienced.

If I can attempt to make an excuse for myself, and for all the writers from Charles Dickens to J.K. Rowling who find themselves drawn, over and over again, to the orphan trope, it might sound like this: For me, at least, writing about orphans is a way to write through the terror of being alone in the world. My characters offer a vision of a future beyond a catastrophic event. Whether these characters are better-off or worse-off at the end of my books, they have, at least, moved beyond their orphandom. It is no longer the central, controlling problem in their world. And generally they have become empowered in some way.

In my last novel, Heft, one of the main characters contemplates his alcoholic single mother’s mortality while sitting in a hospital waiting room:

My mind goes toward places I don’t want it to go. I feel superstitious about letting it go there. Skipping ahead toward scenes I don’t want to imagine. When I was a boy I did this sometimes. In elementary school I imagined her dead and then pinched myself to prevent it from happening. Always the same way: I imagined being called out of gym class, called to the principal’s office, where Mr. Carty would sit me down to give me the news. I would react stoically at first and then run from the school. These were mixed fantasies. There was some pleasure in them someplace. The pleasure of feeling sorry for myself. The pleasure of making a clean break into misery after always dangling above its canyon. Then the pinch: stop it, I told myself. And this I also tell myself now.

In the soon-to-be-published The Unseen World, a twelve-year-old character begins to come to terms with the idea that her single father’s mind may be failing him:

He still ate dinner with her each night but recently had seemed abstracted, or in a fog: she tried to engage him with questions about history or physics or mathematics, but the answers he gave were short ones, not the usual lengthy monologues he formerly delivered with such gusto, and these days he never asked her questions afterward to make sure that she had understood. But her lessons were still regular enough, and interesting, and with very little effort Ada could easily persuade herself that he was fine. She told herself that he must be working on something quite important, something he didn’t yet feel ready to share with anyone, even her. Convincing herself of this was in every way an act of self-preservation, because her world revolved entirely around her father, and any disturbance in this orbit threatened to send her spinning into space.

Both characters contemplate, at one point or another in their respective novels, the possible death of their parents with a mix of terror and perverse anticipation. To at last be plunged into what they deem the inevitable, after worrying about it for so long, offers them—and seemed to offer me as a child—a kind of sick relief. It also offers them, later in their novels, the chance to exert their independence. I sometimes wonder if underlying my obsession with the death of my parents was a wish to become somehow self-actualized, no longer in the thrall of the same perpetual fear. As Kimball writes, “Because orphans are without the natural protection of family, they must stand on their own to conquer their problems.”

I spent a long time, when I was younger, worrying about the moment when I’d have to stand on my own to conquer my problems. The fear at the front of my brain was my parents’ deaths, but I wonder if underlying this fear was anticipation of a different, less tragic fate: was I simply anticipating adulthood? And is this what all of us innately fear—the state of being in charge of our destinies, the only ones responsible for our own actions and decisions?

Perhaps this—more than literal orphandom—is what I am obsessed with writing about: the first fumbling attempts at self-actualization for my characters. Perhaps this is what obsesses me personally, too.

I was always awake when my parents returned at the end of the night. I never, that I recall, fell asleep before their return. Instead I lay in my child-sized bed, a ball of knotted muscles, and listened for their car in the driveway, and then their key in the door. I listened for the low murmured transaction—paying the babysitter, checking to see if she needed a ride home. Only then could I fall asleep.

In the morning, I greeted them as if seeing ghosts.

Liz Moore is the author of The Unseen World, available July 26, and the acclaimed novel Heft (2012). A winner of the 2014 Rome Prize in Literature, she lives in Philadelphia.
http://www.lizmoore.net/ 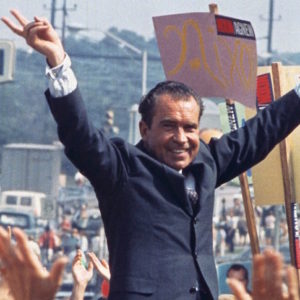 Campaign writing has a bit of sports journalism about it—from the vivid depictions of victory and defeat, to the martial...
© LitHub
Back to top