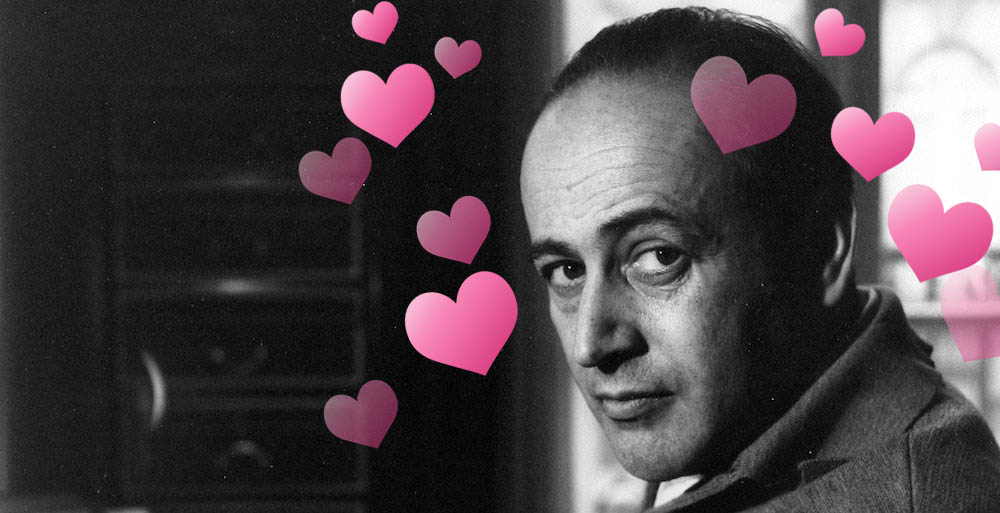 Why Do I Recite the Same Paul Celan Poem to All My Dates?

Or: Don't Hate the Player, Hate the Game

You were doing it again, my roommate Renee accused me one morning, turning off the hairdryer, sticking her head out the bathroom like a hand-puppet. I heard you Corona-ing last night through the wall.

We all have material that works; sparkling coming-of-age stories about thumb warts exploding on prom dates or thinking your dad is Bruce Springsteen. But “Corona-ing” is a little different. It means reciting the Paul Celan poem, “Corona,” to someone you’ve gone on a date with, picked up at Snake & Jake’s, or busted out of their halfway house. However you say it.

This poem, in my experience, makes the receiver feel special. Too special, my roommate would argue. False special. Social-experiment special. Renee had approached me months earlier concerned that I was abusing the poem because she heard it… All. The. Time. In our apartment. She strongly urged me to give up my “Corona” crutch and try dating without it.

I’d agreed I should stop reciting it so much, even though I knew she reused material too, like that time she really did find a needle in a haystack. But it was hard to resist; I had no idea “Corona” would compel the way it did. Maybe it’s time for a new poem, I said to her that morning.

I was coming from the MFA world of poets who hated poetry readings! And someone from that world was always quoting Eileen Myles quoting Joe Brainard on his deathbed saying the best thing about dying was surely going to be no more poetry readings. But here was a poem that made very different kinds of people say, sing it again, sing it again.

From a barely literate sailing instructor to a dude who plays a barrel cactus to a snarky, sober marine biologist to a former Abercrombie & Fitch manager, this poem was carving out a dreamy shared experience outside of normal social time and space for people who would never actually fall in love. Celan himself once described poetry as “a chance meeting in language-time nobody can foresee.” Language Time. Precisely.

This was a poem for committing to memory. Also, I had some time on my hands: I was on hiatus from my waitressing job because I had to temporarily wear an eye-patch.

After reading every English translation of “Corona” I can find and reciting this poem so many times, I unintentionally recite a slightly altered version of the John Felstiner translation I originally memorized. I consider this outcome less a failure of my memory or disrespect towards his translation but rather a celebration of translation and oration. Reciting “Corona” has been an opportunity to experience, on a micro scale, two traditions which have infused the world with truth and magic.

Here it is, slightly deviated from John Felstiner’s translation from 2000:

Autumn nibbles its leaf from my hand.
We are friends.

We shell time from the nuts and teach them to walk.
Time returns into its shell.

In the mirror is Sunday.
In dreams come sleeping–
the mouth speaks true.

My eye moves down to my lover’s loins.
We gaze at each other and we speak dark things.

One heart beat for unrest.

We stand at the window embracing.
People watch us from the street.
It is time people knew. It is time
the stone consented to bloom.

It is time it came time.
It is time.

The first time I read “Corona,” I perceived Celan’s hope, urgency and romance. I had never memorized a poem before and it occurred to me, after that first read, that his was a poem for committing to memory. Also, I had some time on my hands: I was on hiatus from my waitressing job because I had to temporarily wear an eye-patch.

“Corona” is an outlier within Celan’s poetry. This poem is quite different from his defining works like “Death Fugue”—“he looses his hounds on us and grants us a grave in the air”—or “Ashglory”—“the drowned rutterblade / deep / in the petrified oath.” If you’re not familiar, Celan’s poetry is pretty dark. Celan’s writing contains explicit ties to the trauma of World War II; he spent his early twenties being forced to burn Russian literature in Bukovia and was later imprisoned in a Romanian labor camp. He was separated from his parents, who were sent to a separate camp, and was the only member of his family to survive the Holocaust. He would allude to this survivor’s guilt in the thousands of letters and poems he wrote over the course of his life until, at the age of 49, he died by suicide.

I didn’t write “Corona.” I didn’t translate “Corona.” I performed “Corona.” It allowed me to think I was trying to connect with people, when really, I was giving them something beautiful but impersonal.

I didn’t write “Corona.” I didn’t translate “Corona.” I performed “Corona.” It allowed me to think I was trying to connect with people, when really, I was giving them something beautiful but impersonal. My roommate was right that the poem had become a kind of compulsion. Instead of perceiving appropriate instances for “Corona” to be recited, I was undiscerning. I blanketed first dates with it to ensure that the experience felt special to them. I wanted each date to think they had inspired the recitation of “Corona.” That it reminded me of them. Even though we didn’t know each other. Not really.

The payoff of this practice for me was in the power of being able to predict that they would love the poem. That they would gush! That they’d probably want to make out. The power of knowing, even a little, how a social interaction is going to unfold, is exquisite. Couple that with the power coming from a poem? Insane.

I still love this poem. Down to daydreaming possibilities of the title’s meaning. Corona: The atmosphere around a star. Corona: the best beer because their commercials are basically silent. Corona: that town in the Chico Mountains of California I’ll never go back to after Mia Carli broke my heart and started watching Stepmom while I packed.

I haven’t retired “Corona” completely, but a recitation of it comes with this story now. How I got carried away with this incantation and used it as a seduction tool for five years but, do you want to hear a poem? 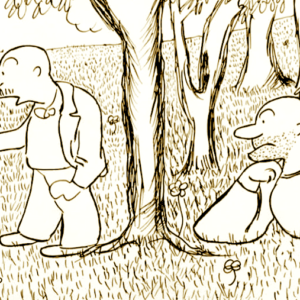 The following originally appeared as the introduction to James Thurber's 1932 book The Seal in the Bedroom and Other Predicaments. * Once...
© LitHub
Back to top