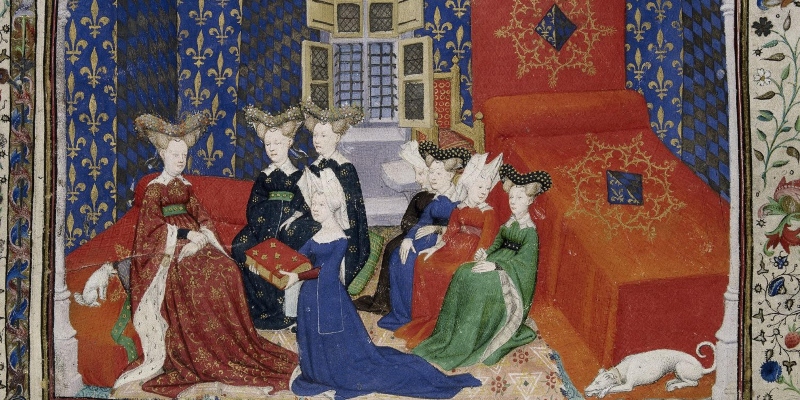 Why Center Historical Fiction on a Real-Life Person?

Tania Bayard in Conversation with C. P. Lesley on the New Books Network

There is a great temptation, when writing about the past, to sanitize its circumstances and attitudes to make the characters more palatable to present-day readers. Tania Bayard, who has written four mystery novels set in 14th-century France, does not make that mistake. Her Paris is filthy and smelly, with muddy streets and refuse lying in heaps, horrible diseases, stray dogs, and dead rats in the gutters. Her characters, too, wallow in prejudices and superstitions of all sorts. And those streets are filled with beggars, prostitutes, thieves, cheats, and would-be sorcerers and witches, ready to prey on upstanding citizens.

Yet 14th-century France, in these novels as in real life, also contains farsighted thinkers, gifted artists of all sorts, and would-be scientists. One of the shining lights is Christine de Pizan, a scribe at the court of Charles VI “the Mad” who will soon establish a name for herself as a poet and early feminist. Contrary to the stereotypes of medieval women as passive and obedient, Christine works hard to support her family and resolutely challenges the prejudices of the men around her, especially her frequent bête noire and sometime supporter Henri Le Picart.

In Murder in the Cloister, the sudden death of a young nun causes the prioress to summon Christine, who has already solved three crimes affecting the royal family, to find out what happened. On the surface, Christine has been hired to copy an important manuscript, but her investigations turn up not only secrets and lies but ongoing sources of tension among the nuns. And even as she races to untangle the mystery before more deaths occur, she must counteract Henri’s efforts to protect—or is it undermine?—her and what she fears is his undesirable influence on her young son.

Bayard has taken some flak for her decision to adopt a historical person as her fictional detective, but as she notes during this interview, any character she could have invented would have been less complex and less credible than Christine, who defied both her own society’s expectations and our own limited view of medieval women. So relax, don’t worry too much about the details of the crimes being fictional, and enjoy parachuting into a fully imagined past that you can hope never to experience in real life.

CPL: Given that you decided to write a historical mystery series, why center it on a person who actually lived?

TB: I began to be interested in Christine de Pizan many years ago when I saw an exhibition by Judy Chicago at the Brooklyn Museum called The Dinner Party, where there were 39 places for 39 mythical and historical famous women. I was intrigued to find that one of the guests was Christine de Pizan, who lived from around 1364 to 1430. I didn’t know much about her, but I decided to learn more. And here was this 14th-century woman who challenged the men around her. She wrote a book called The City of Ladies, where she tells the story of many famous women throughout the ages who made important contributions to society. So I decided, why make up a character when nobody whom I made up would be half as interesting?

CPL: Where is Christine at this point in her life, from 1393 to 1399, when she is in her late twenties and early thirties?

TB: She’s about 28 years old in 1393, and she’s recently lost her husband. She’s just getting back on her feet after a long illness, and she needs to support her family. She knows how to read and write, which is unusual for a medieval woman; her father had taught her, over her mother’s objections, and she becomes a scribe. In the first novel, In the Presence of Evil, she’s copying a manuscript for the queen that the queen wants to give as a wedding present to one of her ladies-in-waiting. To do this copying, Christine has to go to the palace, which gives her an opportunity to observe all the exciting things that are going on there.

CPL: A rather shady character is Henri Le Picart—who, in addition to expressing the outrageous sexism of medieval society, is a self-identified alchemist and a very wealthy man. Share your impressions of him as a character and his relationship with Christine.

TB: He’s such an interesting character, and I’m not sure I completely understand him myself. He’s always around when Christine is involved in a crime, and he always taunts her and says she’s incapable of solving the problem. He’s a perfect foil for her, and underneath it all I think she really enjoys sparring with him. Henri was a friend of her father’s, and one of the things Christine has against him is that he got her father interested in alchemy. Indeed, the real Thomas de Pizan did lose a lot of money in this vain pursuit of making gold out of base metals. No one knows where Henri gets his money, but Christine always suspects it’s because he’s discovered how to make gold. He’s mysterious and suspicious, he looks evil, and Christine constantly suspects him of being the murderer, even though at one point he saves her life.

CPL: That brings us to Murder in the Cloister. What is the situation at the priory during the opening scene?

TB: The story takes place in 1399 at the Royal Priory of St. Louis at Poissy, which is fairly near Paris. As the story opens, it’s the middle of the night, around two in the morning, and a young nun is lying in bed. Ordinarily she would be in the choir, chanting the offices of Matins and Lauds, but she just came back from a journey and the prioress said she could stay in bed because she’s very tired. She’s unhappy and disturbed, but we don’t know about what. She’s having trouble falling asleep, and she sees a mysterious light that causes her to get out of bed and follow the light out into the cloister. There, she’s murdered.

Tania Bayard is the author of four novels featuring Christine de Pizan, as well as the nonfiction works A Medieval Home Companion and Sweet Herbs and Sundry Flowers: Medieval Gardens and the Gardens of The Cloisters. Find out more about her at https://www.taniabayard.com. 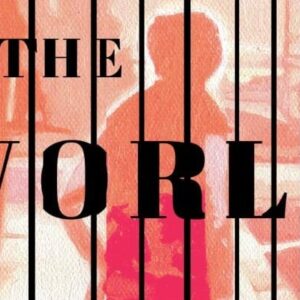