Mark Blyth, Co-Author of Angrynomics, is on Radio Open Source

Mark Blyth, co-author of Angrynomics, is our pal in the portable Scottish pub. The game is: stump the political economist from Brown University, at the end of Joe Biden’s first year. The basic question, of course: why are the Democrats so glum, with pretty low unemployment and good-enough growth? Why does the majestic command of Franklin Roosevelt seem such a distant memory? Are the Democrats doomed when they’re serving two masters or maybe three: the woke left, the working poor, and the low-tax capitalist class? You have to listen fast with Mark Blyth because he talks so fast—about the Great Resignation trend; about inflation; and, by the way: is hydrogen the fuel of the future? He likes to say the answers are simple, but you have to check that he’s made them clear. Here we go with Mark Blyth; he’s in the pub just in time.

Mark Blyth: You have to remember that 70 percent of Republicans seem to believe—in surveys, at least—the election was stolen. It’s really hard to get past that . . . Imagine we’re talking about Europe, and I said, “You know, there’s a country in Europe where they’re really, really in trouble.”

Well, imagine that there’s an election that’s pretty close. Really high turnout. Seems to be totally above board, all the international observers say it’s fine, but the guy who lost is like, “No, that was stolen,” and he’d been seeding the ground for months for it being stolen. And there’s this whole information infrastructure out there saying it’s stolen, and 70% of the people who voted for that party actually think it was stolen. What do you think is going to happen the next time they have an election? Do you think they’re going to be OK with the result if they lose again?

Mary O’Donoghue on Removing Comfort in Her Writing 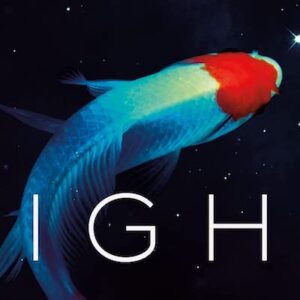