Why Are Famous Writers Attending the World’s Most Important Security Conference?

On the Significance of the Munich Security Conference's Literature Panels

From February 17 to 19, the world’s powerful will gather in the south of Germany for the Munich Security Conference (MSC), a key event on the global political agenda. Over 100 ministers, 30 heads of state, and key decision makers including Mike Pence, James Mattis, Angela Merkel, and Bill Gates will attend the conference at the 5-star hotel Bayerischer Hof. Anyone not security cleared as part of the conference will be unable to set foot on the premises. But this year, the doors to the conference have cracked open to permit a few new participants: writers.

For the first time in its 53 year history, the MSC will include literature panels as part of its program. In a series of public talks entitled “The Cassandra Phenomenon,” world class writers Herta Müller, David Grossman, and Wole Soyinka will add their voices to the debate about international security challenges.

While the inclusion of writers at this high-profile forum at a time that, according to the Munich Security Report 2017, “is arguably more volatile than at any point since World War II,” might seem surprising, it is also understandable. With the rise of illiberalism, post-truth politics, and transatlantic uncertainty, the very pillars of the West are being shaken. In times of turmoil, people often look to literature for illumination.

It is no coincidence that George Orwell’s 1984, a novel about a totalitarian regime that employs phrases such as “doublethink” and “newspeak,” has become a best-seller since President Donald Trump’s inauguration and senior adviser Kellyanne Conway’s use of the term “alternative facts.” Or that Margaret Atwood’s The Handmaid’s Tale, a dystopian vision of an ultra-conservative US where women are stripped of their civil rights, has seen a similar recent spike in sales. Interestingly, the San Francisco Chronicle reported that mystery benefactors had given away copies of both novels in bookshops this month, accompanied by a sign stating, “Read Up. Fight Back.”

Like Cassandra, who warned of disaster during the Trojan War, writers often take a longer view of issues. They are uniquely placed to examine and critique society from a removed perspective—as Don DeLillo once said, “The writer is the person who stands outside society, independent of affiliation and independent of influence.” All three writers involved in the MSC talks are known for their incisive, often critical, engagement with the politics, history, and cultures of their milieus.

Nigerian playwright and poet Wole Soyinka, the first African to be awarded the Nobel Prize for Literature in 1986, has been a strong critic of Nigeria’s numerous military dictators and other oppressive regimes. Fellow Nobel Literature winner Herta Müller, who experienced Nicolae Ceaușescu’s repressive regime in Romania, advocates for dissidents resisting similar systems. Much of her work undermines the official communist narrative of modern history by representing perspectives from Romania’s German minority and encompasses themes of violence, terror, and the impact of the political on the personal. Finally, Israeli author David Grossman has been critical of his country’s policy towards the Palestinians, and addressed the Israeli-Palestinian conflict in his 2008 novel To the End of the Land.

No doubt, these writers are well-equipped to discuss the issues of the day within the context of the MSC. But will the talks have any real impact? Even if writers can foresee the consequences of a society dominated by “newspeak” or  controlled by men, do they have the power to make a difference, or fight back?

Writers, who convey complex ideas through a combination of reason and emotion, have lost their currency in an age where the 24-hour news cycle, sensationalism, and the simplistic rhetoric of mainstream politics dominate. Their ability to influence and shape society has declined. To quote Don DeLillo again, who famously expressed the growing ineffectiveness of writers in Mao II: “I used to think it was possible for a novelist to alter the inner life of the culture. Now bomb-makers and gunmen have taken that territory. They make raids on human consciousness.”

The move to include writers at one of the most important forums dedicated to “international cooperation and dialogue in dealing with today’s and future security challenges” could therefore be seen as an irrelevant one. After all, the defining thing about Cassandra is that no one listened to her. And indeed, the writers at the conference will be on the outside, engaging in public talks, instead of inside the private rooms where real decisions will be made.

On the other hand, these writers panels could signal a resurgence in the ability of writers to tackle the concerns of this year’s conference.

In 1976, German constitutional judge Ernst-Wolfgang Böckenförde wrote: “The liberal secularized state lives by prerequisites which it cannot guarantee itself. This is the great adventure it has undertaken for freedom’s sake.” In other words, the paradox of liberal society is that everyone must believe in it in order for it to succeed, while at the same time it cannot, by its very nature, force everyone to share its values.

As evidenced by the current political climate, this problem is more relevant than ever. The western world, which was some years ago seen as a stable bloc, is fragmenting, with the rise of far right populism and anti-intellectualism. But perhaps a solution to this so-called Böckenförde dilemma, the key to holding the liberal ideal together, is literature.

Literature and enlightenment are fundaments of liberalism, but there has been a gradual sidelining of writers and the humanities in favor of technocratic capitalism. Just look no further than the shift from Obama, an avid reader and writer, who has said that books helped him “get perspective” at the White House, to Trump, who has said that he does not read extensively because he can reach the right decisions “with very little knowledge,” plus “common sense” and “business ability.” Involving writers in important political conferences such as the MSC is a clear rebuttal to anti-intellectualism, and reinforces key liberal values like freedom of expression and plural discourse.

In addition, as the term “humanities” aptly implies, writers are invested in engaging human considerations—moral, ethical, emotional—of issues. Although the rise in populist movements in the US and Europe is in part due to economic factors, much of it is also a consequence of fear and self-preservation. For example, in the US, analyses show that although economics were important, it was “not economic hardship but anxiety about the future that predicted whether people voted for Trump.” Literature can help untangle the complexities of people’s lives and emotions and, as studies have shown, foster empathy: books are a key ingredient in an open, pluralistic, democratic society.

Literature provides a ripe forum for discussion and the exchange of ideas, which is being encouraged by this year’s MSC. As Habermas once proposed, public, critical discourse is imperative to a functioning, pluralistic democracy that is perceived as legitimate by its citizens.

Although the US and certain countries in Europe (Poland and Hungary) have already swung to far right populism and illiberalism, this year will be decisive for the rest of the continent, with upcoming elections in the Netherlands, France, and Germany. So it is heartening to see the MSC welcoming writers into the fold—and maybe Muller, Soyinka, and Grossman will have some ideas about how to swing things back to the middle.

Madhvi Ramani writes articles and essays as well as children's books, short stories, plays and screenplays. Her work has been published by The New York Times, Washington Post, Asia Literary Review and others. She grew up in London and now lives a thoroughly bohemian lifestyle in Berlin.
http://www.madhviramani.com/ 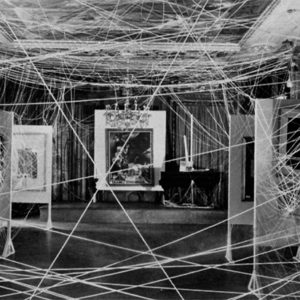 America is an experiment. Thomas Jefferson thought that there needed to be a rebellion against the existing government...
© LitHub
Back to top