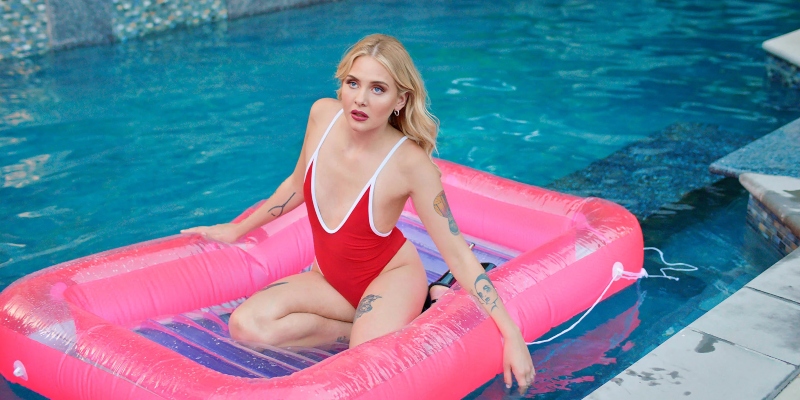 Laura Valenza on Pleasure, Power, and Visions of the Future

Pleasure is a serious business—one that Ninja Thyberg’s feature debut, which goes behind the scenes in the pornography business to explore issues of gender roles and power dynamics, reminded me to take seriously, too. Pleasure made the festival circuit for the past couple years, showing at Cannes in 2020 and Sundance in 2021, and it was released in select theaters in mid-May. I recently caught it at the Angelika Film Center in New York.

One of the most unique aspects of Pleasure is that its opening scene is not actually part of the movie. Actress Sofia Kappel and director Ninja Thyberg introduce the film by explaining the measures taken during production to ensure Kappel’s safety, the importance of feminism to the film, and how Kappel was deeply affected by the opportunity to both act for the first time in her life while also learning about feminism. While the film has been lauded for its verité neutrality, the introduction frames the film in a specific feminist lens.

As Pleasure’s ambitious protagonist pursues her goals to reach the top of the industry, we watch her fight against (and sometimes succumb to) issues all too familiar for ambitious women in any industry: the way men are quick to put women down or to make them invisible when they no longer serve a use to them; the objectification; the sexual abuse; the centralization of male pleasure, desire, and power; the inability for a woman to define her own limits for her own body; the way that ambitious women are treated as “cute”; the gaslighting.

In light of the Supreme Court’s decision against Roe v. Wade, Thyberg’s project—to bring attention to women, power, ambition, sisterhood, sex work, pleasure, sexual abuse, and, above all, the freedom to do what we want with our own bodies—feels even more essential.

Pleasure follows Linnéa (Sofia Kappel), a 19-year-old woman from Sweden who arrives in LA with ambitions of becoming the top performer in adult films. Linnéa, who uses “Bella Cherry” as her professional name, lives with a group of other performers whose friendship she at first scorns. She becomes captivated by the haughty Ava (Evelyn Claire), the new “Spiegler Girl,” who is represented by real-life agent Mark Spiegler and whom Linnéa sees as superior to her roommates.

Ava’s ultra-competitive attitude ignites Linnéa’s own ambitions, but as Linnéa climbs the ladder of her career, she develops a bond with the roommates she had previously dismissed, especially Joy (Zelda Morrison). Taking increasingly drastic measures to become like Ava or better—including expanding her limited repertoire to do “rough” scenes—Linnéa finds her integrity, values, and friendships at stake.

While Linnéa is willing to manipulate a patriarchal system in order to get ahead, she sacrifices her new friends in the process. Thyberg’s deep-dive into the pornography industry offers a refreshing take on the conflict of trying to be an empowered woman in a man’s world, especially since a lot of what Linnéa puts up with are the kinds of frustrations and setbacks that women deal with in any male-dominated workplace. However, Thyberg navigates the nuances of ambition’s costs without falling into the trite pitfalls of a cliché career-versus-friendship narrative.

Thyberg’s deep-dive into the pornography industry offers a refreshing take on the conflict of trying to be an empowered woman in a man’s world.

Some critics have lauded the film’s aesthetic as “clinical” or “documentarian.” I personally tend to be attracted to maximalist, highly stylized films steeped in nostalgic glows, telling slice-of-life stories that manage to feel larger than life. Pleasure is so stripped down and minimalist that it is the opposite of the type of film I’m usually drawn to, yet its attention to detail and commitment to ultra-realism makes it utterly engrossing. Paradoxically, by taking a minimalist approach, what seems like an incredibly specific story is stripped down to the essentials: sex work is a job like any job, and Linnéa, like any woman in any workplace, must deal with condescension, gaslighting, and harassment from certain men.

Though Thyberg strips down the aesthetic, the plot, and even the character development to the absolute essentials, she does take a moment to indulge her characters’ dreams.

In one scene, Linnéa hangs out with Joy and their friends in a dingy industrial part of the city. They sit on a grimy couch and laugh and imagine running their own production company someday, where it’s all about the women and they can gain as much weight as they want. It’s a funny moment and also one of the film’s most poignant scenes, yet it feels like such an unrealistic fantasy—so precious, fragile, girlish, heartbreaking.

This vision of a women-run production company reveals a different type of ambition. Linnéa’s friends have dreams and goals, too, but their goals are based on sisterhood, empowerment, and gender equity in adult films. At first, Linnéa had seen these women as inconveniences and distractions as if she were destined for bigger and better things than them, but in some ways, they think bigger than her by thinking together and more inclusively.

Pleasure could have easily condemned Linnéa, but even at her darkest moment, when she commits the abuses that have been committed against her, her character is spared from moral judgment by that earlier, hopeful scene with her friends. Her friends’ vision of a world—one in which they are in control of production and can guarantee their own pleasure—offers an alternative path of ambition to Linnéa’s. Their women-run pornography studio sounds like a fantasy in the film, but as the New York Times recently reported in an article about how Erika Lust’s production company offers an “alternative vision” for new kinds of pornography, their daydream isn’t actually unrealistic. 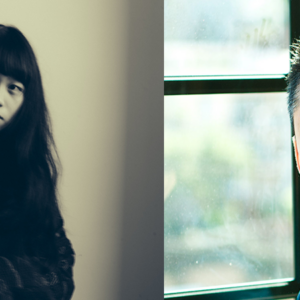 On May 26, Viet Thanh Nguyen and Abbigail Nguyen Rosewood sat down to discuss Rosewood’s new novel Constellations of Eve....
© LitHub
Back to top