Angela Stent in Conversation with Andrew Keen on Keen On

In this episode, Andrew is joined by Angela Stent, the author of Putin’s World: Russia Against the West and with the Rest.

Angela Stent is director of the Center for Eurasian, Russian and East European Studies and a professor of government and foreign service at Georgetown University. From 2004 to 2006, she served as national intelligence officer for Russia and Eurasia at the National Intelligence Council. She is the author of The Limits of Partnership: US-Russian Relations in the Twenty-First Century, for which she won the American Academy of Diplomacy’s Douglas Dillon prize for the best book on the practice of American diplomacy. 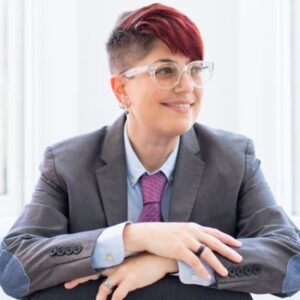 In their new novel, The Terraformers, Annalee Newitz leaps 60,000 years into the future, redefining ideas of peoplehood,...
© LitHub
Back to top