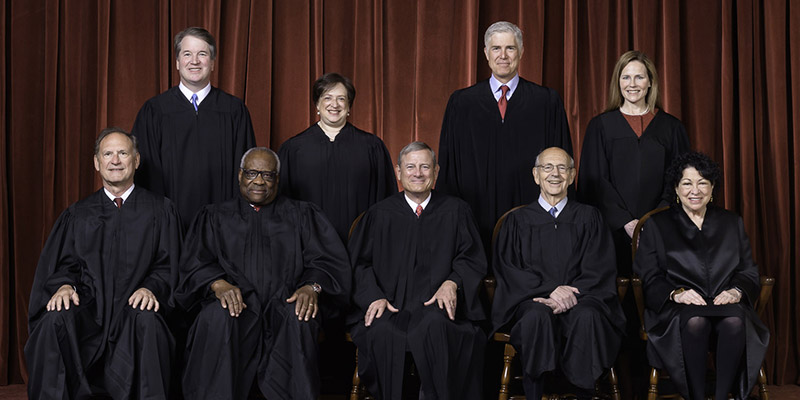 Linda Greenhouse on Just the Right Book with Roxanne Coady

In this episode of Just the Right Book with Roxanne Coady, Linda Greenhouse joins Roxanne to discuss her new book, Justice on the Brink: The Death of Ruth Bader Ginsburg, the Rise of Amy Coney Barrett, and Twelve Months That Transformed the Supreme Court, out now from Random House.

Linda Greenhouse: The rise of religion as the preferred right is really a theme of this [Supreme Court’s] term.

The Texas [abortion] law is an affront to the sovereign interests of the United States because Texas is flagrantly defying constitutional law as interpreted by the Supreme Court….And so the government, as the government in defense of the federal system, which assumes that states are bound by federal law under the supremacy clause, went into court on that basis.

Let’s say hypothetically, a blue state that doesn’t like where the court’s been doing on guns says, OK, we don’t care what the court has said about guns. We don’t want that to apply here. And so any one of our citizens is empowered by us, the state, to sue whoever they know has a gun. So that seemed to get the attention of Justice Kavanaugh [who] asked about it. The whole thing is so bizarre and totally unprecedented. It’s in a brand new landscape.

At the time that the court decided Roe V Wade, the Gallup poll indicated that there was overwhelming support for the notion that the decision for an abortion should be between a woman and her doctor [and to keep] government out of the picture.

The latest poll shows about 80 percent of the public does not want the Supreme Court to overturn Roe V Wade.

At the end of the day, a woman has the right [to decide.] Once you get rid of the viability of what I call the Firewall, where are you? What’s the guiding principle? 15 weeks? OK. Why not 12 weeks? Why not six weeks? Like in Texas? Why not zero weeks as some states are trying to do, you know, ban abortion at the moment of fertilization. So it’s crucially important to maintain that Firewall and the principle behind it. And if the court does away with it, it’s very hard to think that the right to abortion is still is still there.

The establishment clause has been essentially effaced and the free exercise clause has been given a much wider feign than it had traditionally been. On COVID rules the question was, could the government in trying to stop the spread of the pandemic issue capacity limitations on indoor gatherings of all kinds and all different kinds of places? To the extent that it ran up against the number of worshipers that a church would like to be able to accommodate, does that violate the free exercise of religion? And the court before Ruth Ginsburg died, before Amy Barrett came on the court, the court said NO. The court upheld those regulations by votes of five to four, with Chief Justice Roberts joined by the then four liberal justices, then within weeks of Amy Barrett coming on the court another case like that presented itself the case from New York and the court flipped and five to four. Religion prevailed over public health. That was a very significant turn of events.

In the Shelby County case the majority opinion by Chief Justice Roberts said things [discrimination against voting rights] have changed. Things are better now, there’s no obstacle to black people voting. And so this list of jurisdictions [regading historical discrimination at the voting polls] …is really outdated and it hasn’t been changed for a long time So Chief Roberts was saying that history is no longer applicable. There are no longer historically discriminating practices. There’s not enough to justify the heavy boot of the federal government and we have to give permission to these [local] jurisdictions to make any changes.

Arizona law said that if somebody votes in the wrong precinct by mistake, their entire ballot is thrown out. Even the votes for statewide offices where it shouldn’t matter what precinct you voted in. That was found to have a disparate effect on minority voters because it just happens that Arizona changes the precinct lines in those neighborhoods more often than in white neighborhoods. And so it’s quite common that people show up to vote where they voted last time and it turns out they’re in the wrong place.

In the Heller case of 2008, the court held for the first time in a reading of history that has never been read that way before that the intent of the Second Amendment was to empower individuals to keep a gun at home for the purpose of self defense.

In the last term that I write about, the court decided to hear a case, a challenge to a New York law that makes it quite difficult to get a license to carry a concealed weapon outside your home….New York has one of the stricter laws where you have to show that not only are you a law abiding citizen who knows how to handle a gun, but that you have a special need for self-protection outside your home and need that distinguishes you from all the rest of the population. The law was upheld by the lower court but now that the Supreme Court has taken the case they really have to think long and hard about what it’s doing. The week that the court agreed to hear the New York case, there were three gun massacres somewhere in the country.

What will the Roberts court look like, or will it turn into the Trump court? Is it the Roberts court in more than name? Or is it the Trump court? That is really the question that kind of runs through my book? …We don’t quite know the answer yet, but I think what we saw in this term is a reversion to where the court was. When I started covering the court, there were three or four justices kind of in the middle. If you were going to say, who’s the leader of the court, you’d be very hard pressed to name one. And I think that’s where we’re going right now. John Roberts’ name is on the door. He has many skills, and he deployed many skills in this last term that I describe and he cares about the court. But what kind of running room he’s going to have with the five seriously conservative people to his right? You know, he’s only one vote.

I’d like to see the court not set its docket in service of a conservative agenda. To take the cases as they come. Take the cases that involve splits in the circuits where you know, federal law means one thing in the Ninth Circuit in California and a different thing in the Sixth Circuit in Cincinnati. Take those cases that the court needs to take and don’t reach out to take cases that serve the agenda, that would give me a fair amount of comfort.

Linda Greenhouse has reported on and written about the Supreme Court for The New York Times for more than four decades, earning numerous accolades, including a Pulitzer Prize. She currently writes an opinion column on the court and teaches at Yale Law School. She lives in New Haven, Connecticut, and Stockbridge, Massachusetts.

Fuccbois, Despots, and Nuns: 5 Book Reviews You Need to Read This Week 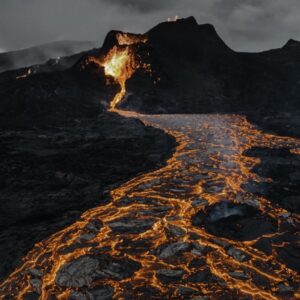 Volcanoes have a terrible reputation. When most adults think of volcanoes, especially adults that don’t live particularly...
© LitHub
Back to top