Where My Heart Used to Beat 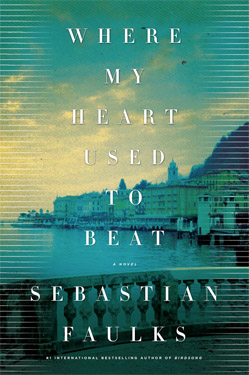 The following is from Sebastian Faulks' novel, Where My Heart Used to Beat. Faulks is a British novelist, journalist and broadcaster, best known for his historical novels. He also authored a James Bond continuation novel and a continuation of P.G. Wodehouse's Jeeves series. He is the author of 11 novels, including Birdsong, which has sold more than 3 million copies and has been adapted for the stage.

Donald Sidwell, recovering from his own wound, joined me on leave in the summer of 1944. In the second week, we drove down the coast in a car we had borrowed to a fishing village beside the Tyrrhenian Sea. We each had the regulation batman, or servant, with us. Donald’s was Private Onions, and mine was still Private Winter—a tall, lugubrious man who looked after me like a nanny. Neither he nor Onions could swim, so we left them to their beer under the awning of a café while we walked over the sand and down to the water. There was no one else on the beach.

A couple of skiffs were moored to a raised wooden jetty that stuck out over the shallows. The water beneath it was just deep enough to allow for a dive from the end of the platform. We had been at it for a few minutes, daring each other to run back further or to make a steeper entry, when we noticed a group of three women coming over the sand. One was about forty, dressed in a striped robe and a wide straw hat, both of which she discarded on the beach; the other two were nearer my age and wore only bathing costumes. They waved to us as they waded, all three, into the warm, clear water and ducked under the waves. Unlike English girls, they didn’t push their hair under rubber caps but let it stream wet down their backs. About fifty yards out to sea was a floating platform, where they hauled themselves up and lay in the sun to dry. Donald and I did some more diving for their benefit, though my shoulder was beginning to hurt.

“Shouldn’t we go and join the ladies?” said Donald, preparing to dive.

“I didn’t know the opposite sex was one of your enthusiasms.” “Oh, yes. Near the top of the list, between J. S. Bach and the

Hillman Wizard.” “The what?”

“A little six-cylinder convertible I once had.” “Can you speak Italian?”

“A bit,” said Donald, blinking. “I was sent to study in Rome for three months after school. And you?”

“I can understand if they speak slowly. Preferably with an

English accent. But I could try some Latin. Horace, perhaps.” “Isn’t he rude?”

We dived in and swam out to the floating platform, where we clung onto the edge and introduced ourselves. The older woman was American. Her name was Lily Greenslade, and she came from Con- necticut. She had volunteered for war work with the Red Cross and had been sent to Naples before being moved to our town along the coast. The other two were sisters: Magda and Luisa. I was too intrigued by the way they looked to take in exactly what they were doing in the south, though I understood that they came from Genoa. Magda in any other company would have been striking, but she was heavier in the thigh than her sister and the hair beneath her arm- pits was thick, whereas Luisa’s was fine, like a boy’s first moustache. They were both black-haired with the beauty of the Ligurian coast and looked at ease in their near-nakedness. All the Italian women we had met on leave had been uninhibited. At first I didn’t know if that was the national character or if war had made reticence absurd. Later, I was told that two-thirds of the female population in the south of this pulverized country was available for money. It was hard to believe that either sister had had to resort to such things, but for that moment I didn’t care.

“I was telling them you were a hero,” said Donald, who had been speaking Italian. “Show them your wound.”

He pointed to the scar on my shoulder, which looked insignifi- cant in the bright sunlight. Donald had been more badly wounded than I had, but all mention of it was forbidden.

Magda asked how we had managed to defeat Kesselring, the master of southern Italy. I told them in English that Donald had single-handedly driven the Generalfeldmarschall back to Florence, kicking him repeatedly in the breeches as he went. Lily translated and Magda laughed, but I could see that Luisa, while for some reason pretending not to, had already understood. She smiled and looked away.

I suggested we take them all to dinner at the officers’ club in town.

“The girls and I were going to go to their uncle’s for dinner,”

said Lily. “He has a villa on Capri.”

A consultation followed, but it was brief. The uncle’s villa could wait. We arranged to pick them up from their pensione at seven and headed back towards Winter and Onions in the café.

Donald had left his glasses there when we went swimming, and I was hoping to settle beyond doubt that Luisa was “mine” and Magda “his” before he had a chance to put them on again.

“What do we do about Ms. Prism?” I said, as we trudged up the sand.

“The governess. The American chaperone.”

For a moment I wondered if I had missed a trick. Being older and American and probably not Catholic, might Lily be the best bet? It was too late. I was already thinking beyond this evening.

By the time Donald and I arrived at the pensione—showered, shaved, and in pressed tropical uniform of khaki shorts with long socks—the three women were waiting outside. They wore cotton dresses and lipstick, and their dried hair was held in place with slides and combs. Donald’s knowledge of cars made him the natu- ral driver. We put Lily up front with him while I sat with the sisters in the back, the wind blowing over the windscreen and through our hair. They squealed as Donald’s driving caused us to slide to and fro across the shiny leather. Magda was next to me and seemed happy about the contact of our thighs as Donald threw the car into the long curves above the bay; Luisa laughed but held tight to a strap on her side. Her cotton dress had a print of red hibiscus flowers.

The officers’ club was near the middle of town in a crumbling pink palazzo with palm trees in front. We went into a cavernous room with tables and easy chairs beneath a ceiling fan of great age. The house had been requisitioned from a rich family; the wooden bar and shelves had been installed overnight by two REME sergeants. Supplies were erratic, but the cooking, by Italian chefs, was usually of a high standard. We bought American cigarettes and ordered vermouth.

There were perhaps fifty people there, of whom less than half were British officers. Their guests included Americans, Canadians, French, and Italians, all of whom seemed intent on drinking as much as possible.

Lily Greenslade had a voice with a hint of the South; it rose and fell with a quizzical melancholy. She wore shoes with an opening at the toe, through which you could see a scarlet nail.

“Do your people have connections in the United States?” she asked us.

“My father has done business there, I think,” said Donald. “And what is his business?”

“Oh, really? I wonder if he knows the Carnforths.” “Who?”

“Edgar and Mae, an old Virginia family. They’re friends of my parents.”

“I couldn’t say. Perhaps. Is this your first visit to Europe?”

“Oh no. I came when I was at college. Most of us did. Paris and

“Did you come this far south?”

“I wanted to, but there wasn’t time. And our guides didn’t rec- ommend it. Edgar Carnforth was at Caporetto in the last war, in the field ambulance. He had a low opinion of the Italians.”

“No, I loved the culture and the people. I jumped at the chance to come here with the Red Cross.”

“I’m unmarried.” She made it sound like a decision, not an oversight, as she held up a ringless finger. “Unless you could say I’m married to my work.”

“Indeed,” said Donald. “I’m surprised that a ladylike you . . .” I thought it was time to end his stumbling gallantries. “And how do you three know each other?” I said.

Glancing to the sisters, I finished by looking at Luisa for an answer. Reluctantly, she gave voice: “We all work for the Red Cross. Magda is a nurse in a hospital; I work in the office with Lily. And many other women . . .”

She spoke English with an accent but quite naturally. When she had finished speaking, she looked down at her hands before daring to raise her eyes again and engage the rest of us with a smile. There was something about the three-part procedure that made you want to see it again.

There is a way in which some men appraise women—and for all I know the other way round—in which, while talking and laughing, they are also making rapid calculations. How old is she; how many men has she slept with; what sort of man does she admire; will her belly be flat or round when she takes off her dress; will the flesh at the top of her thighs be firm or puckered; will it be worth it; and if so, how much time am I prepared to invest?

There was no such silent assessment going on when I spoke to Luisa. I was intent only on watching her eyes, hearing her voice, which spanned an unusual range, from bell-like high notes to the fading contralto when she looked down: “And many other women . . .” As for the sensual audit, maybe I’d already done that, in an instant on the floating platform in the sea. If so, I was unaware of it. All I knew was that I wanted to hear her speak again.

From WHERE MY HEART USED TO BEAT. Used with permission of Henry Holt and Co. Copyright © 2016 by Sebastian Faulks.

Jhumpa Lahiri: On Family, Banality, and the Art of Conversation 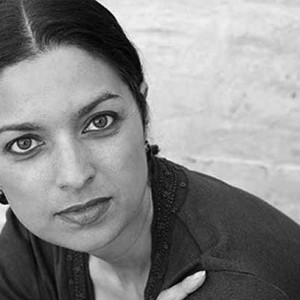 Jhumpa Lahiri: On Family, Banality, and the Art of Conversation In part one of Jhumpa Lahiri's conversation with Paul Holdengraber, the two discuss old-world family units, the banality...
© LitHub
Back to top