Where is Climate Change in This Election?

On the Ongoing Peril of Ignoring a Caribbean at Risk

These “winds, whose pity… did us but loving wrong,” Shakespeare wrote of hurricanes in The Tempest, could make sailors cry, “Hell is empty, and all the devils are here.” Earlier this month, as Matthew raged up the Caribbean and then marched with menace toward our shores, it seemed that the devils were back (and who knows what other demons with gentle-sounding names but fierce intent are coming next). In the Caribbean, where the Bard set his play, the native Tainos, who originated the word “hurakan,” were well aware of these storms’ danger: so buffeted were they by the winds and rains that ripped through the Greater Antilles (Cuba, Jamaica, Hispaniola, Puerto Rico), that most of their subsistence was drawn from hurakan-resistant root crops they were forced to depend on. After Columbus turned up in 1492, and the Spaniards began to colonize the larger New World, those ventures’ essential chronicler, the priest Bartolomé de las Casas, wrote that “the worst storms of all the world’s seas are those of these islands and coasts.”

As images of pancaked houses and upturned palm trees, and of city streets turned into muddy river lanes by Matthew from Haiti to North Carolina filled our screens, it wasn’t hard to agree. The storm spared vulnerable Florida a direct hit, staying just offshore: if it had drifted over Miami, Matthew would have become the kind of disaster that our media and our candidates would have been compelled to address, even amidst the storm of rhetorical sludge our election has become. (As it was, the storm wasn’t raised in the presidential debate that occurred right on its heels; the related subject of climate change, in that debate as during the third and mercifully final one, last night, got but one glancing mention).

But here in the United States, not everyone agrees with the candidate who thinks global warming is a Chinese hoax. And those of us directly north of the Caribbean have grown more aware, since Katrina drowned one of our own beloved cities, of these storms’ ravaging force. Now each year, beginning in late summer, and as the first rumblings of tropical storms named Anne or Bertha filter onto Weather.com, we look with increased foreboding at maps of the region. But in the Caribbean, it has long been so. There is even a whole “hurricane genre” of song, so to speak: a collection from across the Caribbean of songs, funny and sad, about hurricanes.

And no wonder: this arc of islands has been shaped by catastrophic storms from Columbus’ day whose fourth and final voyage saw Spain’s first attempt to send fleet of treasure boats back to Seville ended with their being swamped by a hurricane off Hispaniola; to the Great Hurricane of 1780 that killed over 20,000, in Barbados and throughout the British Antilles, helping tilt momentum in our Revolutionary War from the British; clear through to Hurricane Flora, in 1963—a storm which tore a path much like the one Matthew ripped this week across Haiti and eastern Cuba. Flora killed 10,000 in Haiti to reveal the venality of the dictator Francois “Papa Doc” Duvalier, who took no measures to warn his people or protect them from the storm—while also indirectly helping Fidel Castro, whose military successfully prepared Cubans for the storm, and removed them from harm to secure his hold on power.

Flora doubled back over Cuba without touching Florida. Since then, a host of hurricanes have intently lunged north to stomp our southeast shore—one recalls the damage wrought by Category 4 storms like Hurricane Andrew on Florida’s Dade and Broward counties in 1992, as well the terrible destruction in places like Louisiana (Betsy, 1965), Texas (Rita, 2005), Mississippi (Katrina, 2005), and even as far north as New York City: the name Sandy, since 2012, has carried a new resonance for New Yorkers because that storm felled beach-houses and poured corrosive water into subway tubes totally unprepared for such an onslaught. Thousands once far removed in distance and thought from the capricious rumblings of the Caribbean were made acutely aware of the dangers posed, to coastal cities like theirs, by the planet’s warming waters and rising seas.

How exactly a changing climate shapes these storms’ strength or frequency is a question without a clear answer. What we know for sure is that the Atlantic Ocean’s temperature has risen in the past few years and continues to climb, and with it our sea levels. To spark, hurricanes need warm surface temperatures—and they’re getting them.

Whatever disagreements we have about climate change there is no doubt that there’s an increased global awareness about how human actions are interconnected and can foster or attenuate worrying weather trends. This awareness has galvanized people around the world—we’re worried about the havoc caused by extreme weather. (After all, Florida’s governor, Rick Scott, a climate change skeptic whose administration forbids public use of the terms “climate change” and “global warming,” ordered 1.5 million people from their homes as Matthew menaced them.) Though politicians argue back and forth about the fears we should have or responsibilities we should bear for people immediately beyond our borders, addressed less often is our fear and responsibility vis-à-vis the environment past the water’s edge.

But if the Caribbean has taught us anything, it’s that we can’t think of people without thinking of their environment.

The Caribbean islands are places divided by expanses of sea, and of differences of language and culture created by their complex history borne of enslavement and battling colonial empires. But one thing the islands’ have always shared is an awareness of the storms that menace them in common. Last week as Matthew gathered steam, people across the Caribbean girded for a storm whose path was unclear. From Jamaicans urging each other, on social media, not to make the mistake of taping their windows against the storm; to Cuba’s Communist government, bad at many things but still very good at handling disaster, telling their residents to tape their windows and move livestock to high land; to Haiti’s interim president urging his countrymen to leave imperiled zones by saying “don’t be stubborn, don’t think ‘God is Good’”—each island girded for the storm in its own way, and then looked on with grave concern, as Matthew chose its path.

As the storm parted Cuba, and floated scarily toward our shores, the images of backed up trucks and cars, with people fleeing grand homes and picturesque towns perched over churning Atlantic waves, reminded us that our long-held fetish for building homes and roads right up to the sea’s edge may no longer be wise, if it ever was. Perhaps we need the wisdom of the Tainos—who like many people the world over, and for much of human history, knew that living near the sea carried risk and necessitated caution.

During this election season, there’s been some talk of rebuilding infrastructure, and some talk—not nearly enough—about climate change. Rarely, though, have these two issues been discussed together, as they must be—whether in terms of implementing laws and regulations to “protect” our shores and mitigate the risk of living near them, or if they do, to use the protections and stilts long present in the Caribbean, and appearing in places like Key West. Or of what not to do: the degradation of coastal lands and barrier reefs, in places like Jamaica, is a major problem that can only give easier passage to “winds that [do] us but loving wrong.”

The islands’ lost infrastructure is also an increased pressure on ours—through migration, for one. With the International Migration Organization (IOM) already predicting that “environmental migrants” will rise by tens of millions within the next twenty years, worldwide, those from tropical islands will be a large part of their number. In New York City, over two million people, a quarter of the city, already has roots in the Caribbean—and the heartfelt concern, and remittances, especially from those of Haitian descent, will sure be going homeward in coming weeks. But these islands’ vulnerability is also our own, whether we have roots there or not.

A fortnight after Matthew slammed over Haiti’s southern beaches, we still have no good idea how many people the storm killed, or left homeless; the official death toll has now passed 1,000, but the UN and other observers like the IOM are bracing, in the storm’s wake and amidst a worsening cholera outbreak, for a knock-down humanitarian disaster derived from lack of drinking water, and waterborne disease. These facts, like the broader poverty that make Haitians so vulnerable to such ills, have naught to do with God, and all to do with history. And they have all to do with a history that’s been tightly entwined with our own for centuries—from the crucial fact that decades after Haiti’s founding, a young United States refused to recognize the sovereignty of a nation founded by its black slaves, clear through to our support for the awful dictatorship of Duvalier, in the 1960s and 70s, that did so much to breed the corruption and poverty that still bedevils Haitians today.

Which is part of why our investment in Haiti—and our investment in a whole region that the Pentagon has long been determined to maintain as an “American Lake”—needs, in the wake of this awful storm as at other times, to go far beyond sending helicopters or soldiers when things go wrong. We need to help ensure that the infrastructure and laws of our neighbors, and our approach to environmental security as a regional and global problem, is as strong as it needs to be to contend with a changing world. We would do well, too, to remember and heed the warning recently told to the journalist Elizabeth Kolbert, by an environmental scientists in Miami, about that imperiled city: “The infrastructure we have is built for a world that doesn’t exist anymore.”

I once heard the Pulitzer Prize-winning novelist Junot Díaz, who was born in the Dominican Republic, say: “We’re all in the Caribbean, if you think about it.” Díaz’s point was that all of us who live in the Americas are the fruit of a history, at once miraculous and awful, begun when Columbus bumped into those “Indies” that he mistook for islands off of Asia. But there’s another way, now, to understand what Diáz meant. We’re becoming more like the Caribbean. And we ignore what’s happening there—and in all the seas around us—at our peril.

Joshua Jelly-Schapiro’s Island People: The Caribbean and the World, is out November 22 from Knopf.

Joshua Jelly-Schapiro is the author of "Island People: The Caribbean and the World" (Knopf/2016) and the co-editor, with Rebecca Solnit, of "Nonstop Metropolis: A New York City Atlas" (California/2016). He earned his PhD in geography at UC-Berkeley, and is currently a visiting scholar at the Institute for Public Knowledge at NYU. He's also @jellyschapiro

Margaret Atwood on Magic, Technology, and Changing the World 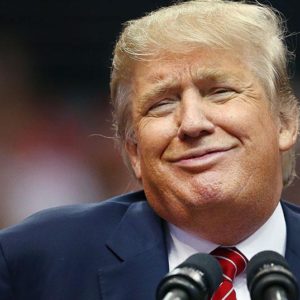 Over the weekend, roughly 200 people (out of an arena of 20,000) walked out of Amy Schumer’s performance in Tampa, Florida...
© LitHub
Back to top