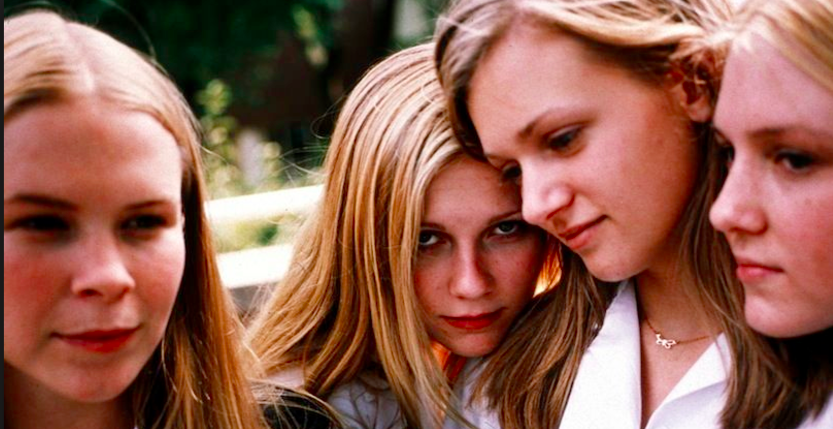 Where is All the Sibling Literature for Adults?

Katharine Noel on the Centrality of Sibling Relationships to YA

When I was seven I became obsessed with reading volumes of fairy tales, looking for stories in which the hero was the oldest sibling, like me, rather than the youngest. This search was an almost total failure, save for the discovery that in some versions of “The Twelve Dancing Princesses,” the soldier selects the oldest sister as his reward (and only because he doesn’t think he deserves better). I was too young to think about the historical context of fairy tales or about how much more belittling the “dark” or “crippled” characters’ depictions may have felt to other readers. But my sense of outrage does point to something vital about how we think of ourselves during childhood. My strongest identification wasn’t as a daughter, or a friend, or a student, or an American; it was as a sister.

It makes sense that books for children and young adults so often center on sibling bonds. In adolescence, most of us pull away from parents and depend increasingly on our friends. But siblings are two things simultaneously:  part of the family whose influence we want to shake, and also part of the age group whose opinions and acceptance we seek. Many YA books center on this complicated dynamic, and particularly on what happens when it’s threatened.

If a common trope of adult literature is being symbolically “rescued” by romantic love, in YA literature it’s often siblings who (literally) save each other. The Hunger Games trilogy is predicated on Katniss offering herself as a tribute in exchange for her sister, and throughout the novels, Katniss watches out for Prim with more ardor than she’s ever able to muster for her romantic interests. “I love her more than anything,” she says of Prim, while her feelings for Peeta ultimately stem from gratitude, guilt, and shared trauma. The threats to siblings in YA books might be realistic—Rachel searching for her meth-addicted brother in Carrie Arcos’s Out of Reach; Jamal trying to come up with his brother’s bail in Walter Dean Myers’s Scorpions—or they might be fantastical, as when Prue saves her brother from a murder of crows in Colin Meloy’s Wildwood. Some YA books go further, not merely evoking fairytales but actually rewriting them. In Cinder, for example, Marissa Mayer reimagines Cinderella’s dirty work (she’s a skilled mechanic), the reason she’s scorned by her stepmother (she’s a cyborg), the tale’s setting (futuristic China), and her relationship to one of her stepsisters (close and loving). While there’s a prince, what drives Cinder is that her stepsister is in peril. Of all the changes to the original tale, it’s the reimagining of a stepsister—making her not an enemy but Cinder’s protector, and later someone Cinder protects—that most tilts the emotional plot on its axis.

Other YA novels focus on siblings who fail to protect one another. There is even a subgenre in YA fiction concerning protagonists who feel left behind by a twin—as in Kwame Alexander’s novel in verse The Crossover, about Josh’s sense of absolute aloneness when his twin falls in love, or Rainbow Rowell’s Fangirl,  about Cath’s sense of absolute aloneness when her twin wants a break from the intensity of their bond. And in Untwine by Edwidge Danticat, Giselle experiences actual absolute aloneness as she lingers in a coma after the car crash in which her twin dies. If abandonment and rescue are pervasive themes in YA, death is the most extreme form of abandonment, the crisis from which there is no rescue.

I don’t mean to overstate the centrality of siblings in young-adult fiction. Go into the YA section of your public library and you’ll find that the largest percentage of books are about falling in love—with the new kid at school; with the heretofore unnoticed opposite-sex or same-sex best friend;  with the best friend of a dead boyfriend; with the organ recipient of a dead boyfriend’s heart; with a vampire, werewolf, shapeshifter, fairy, centaur. There is paranormal romance, Christian romance,  gay romance, trans romance (Meredith Russo’s If I Was Your Girl is a standout here), romance across racial and religious lines. But YA fiction also does a great job of showing the range of complicated relations we have with our siblings—enraging, sustaining, destructive, redemptive.

When adult books concern sibling relationships, they often still have children or adolescents at their center: Carson McCullers’s Member of the Wedding; Jesmyn Ward’s Salvage the Bones; Shirley Jackson’s We Have Always Lived in the Castle; Eric Puchner’s Model Home; Akhil Sharma’s Family Life;  most of J.D. Salinger’s Glass family stories. (If you haven’t re-read Salinger since high school, he’s worth revisiting—even though, yes, he has that gratingly romanticized view of brilliant, precocious kids that you loved when you felt like a brilliant, precocious kid for reading Salinger.) Other books don’t have sibling relationships at their center but still derive emotional depth from them: Jim Shepard’s Project X, a devastating novel about a school shooter, would lose much of its resonance if Edwin didn’t love his little brother so fiercely; without his older sister as a foil, the quirks of the narrator of Peter Cameron’s Someday This Pain Will Be Useful to You might seem to come more from nurture than nature.

Fewer books, though, take on the tensions inherent in the relationships between adult siblings. There are some good reasons for the fall-off. Most of us don’t live at home as grown-ups, and many of us shift our emotional center from our families of origin. We make for ourselves new families—a tight-knit friend group; a spouse—and then those new families are destabilized when children are thrown into the mix, or when there’s a break-up. Fiction relies on change; tectonic plates are most interesting when they shift.

To neglect sibling bonds is to imagine them as unchanging, stuck in old patterns, when in fact those relationships are living, agile, adaptive. Which is not to say always positive, in life or in books. And here, in fact, is why sibling relationships seem to me like such rich material for fiction: what other peer can betray us again and again and still have a valid claim on our loyalty?

Some of our most interesting fiction grapples with this enormously complicated bond. Sense and Sensibility, like all Austen novels, has marriage as its explicit concern—but Marianne and Elinor Dashwood’s relationship is the richest in the book by far. (Interestingly, the man who jilts Marianne expresses his regret for doing so not to her, but to Elinor.) Shakespeare was attuned to the powerful bond between siblings, using it both for humor—as when Viola turns herself into her brother’s identical twin in Twelfth Night—and for tragedy, as when sibling rivalry leads to mass destruction in King Lear. The central betrayal in Ian McEwan’s Atonement derives its destructive power from siblinghood: Briony might not have lied—and her lie would not have been so morally compromising—if she’d been able to understand her older sister as having desires distinct from her own. A Hundred Years of Solitude has a sibling relationship as its fulcrum, as do The Corrections, The Brothers Karamazov, A Streetcar Named Desire.

Charles Baxter’s First Light is a less well-known novel about siblings. The brother and sister at its center are very different from each other, in temperament and in circumstance. Hugh is a Buick salesman in small-town Michigan; his younger sister, Dorsey, a professor of astrophysics. The novel is quietly dazzling in its emotional insight and its attention to detail, but what stands out most obviously is its structure: Baxter tells the story backward. By starting First Light in a fraught and complicated early-middle age, Baxter shows us a sibling relationship that initially seems somewhat vestigial. As he unravels back, though—to Hugh and Dorsey as young adults, teenagers, children—we see the irrevocable bond between them in a way that recasts how we understand the book’s first chapters.

Other books are enriched by sibling relationships, even if they’re not centered on them. It’s easy to forget that the famous first line of Anna Karenina—that happy families are all alike, but every unhappy family is unhappy in its own way—refers to the household of Stepan Oblonsky, Anna’s brother. By weaving through the book the (minimal) consequences of Oblonsky’s affair with a servant, Tolstoy comments on the double standard that will destroy Anna. The subplot wouldn’t have the same resonance if Oblonsky were merely an acquaintance or friend; that he is Anna’s closest relative heightens the contrast in their fates.

The truth is, every happy family is also unhappy in its own ways. It took a long time for my husband and me to decide to have a second child; part of what convinced us in the end was that we wanted our daughter to have a sibling. This decision has turned out so far to have brought mostly strife. Once, I reached into the trash in exasperation and said, “You’ll fight about anything! Here, show me you can fight over this feather!” My son and daughter laughed, resetting, and began to pretend-argue, and I felt like a pretty great mom for about ten seconds, which is how long it took for the fake argument to turn passionately real.

Still, there are bright, daily moments of affection and collusion between them. And there have been a few moments like one from a few summers ago, at a wedding near a river, when no one could find my son for several minutes and my daughter began to sob hysterically, screaming his name. Even in my panic there was room to marvel at the depth of feeling there, so suddenly revealed. She seemed startled, too, still quiet and shaken long after we’d found him.

The best books about siblings draw upon the complexity of this bond, a closeness that might include friendship but also exists outside of friendship. Siblings are the people at the very beginning of our lives most likely to also know us at the end, and fiction can derive great power and depth from that extraordinary fact. Those of us with siblings may adore or despise them, we may talk to them every day or go years without contact. Regardless, they are the truest embodiment of the term “life partners”—for better and for worse; in sickness and in health; both other and self.

Katharine Noel teaches at Johns Hopkins University. Her first novel, Halfway House, was a New York Times Editors' Choice and winner of the Kate Chopin Writing Award as well as the Ken/NAMI Award. Her writing has won grants from the Rona Jaffe, Henfield-Transatlantic, and Barbara Deming foundations, and she was a Wallace Stegner Fellow at Stanford University. She lives in Baltimore, Maryland. Her latest novel, Meantime, was just published by Grove Atlantic.
http://www.katharinenoel.com/ 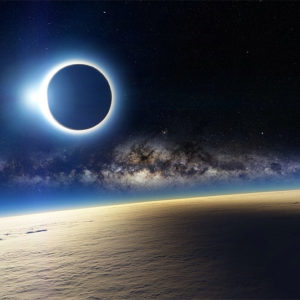 Titan is the best place for humans to colonize in our solar system. It won’t be easy and won’t happen for a long time,...
© LitHub
Back to top