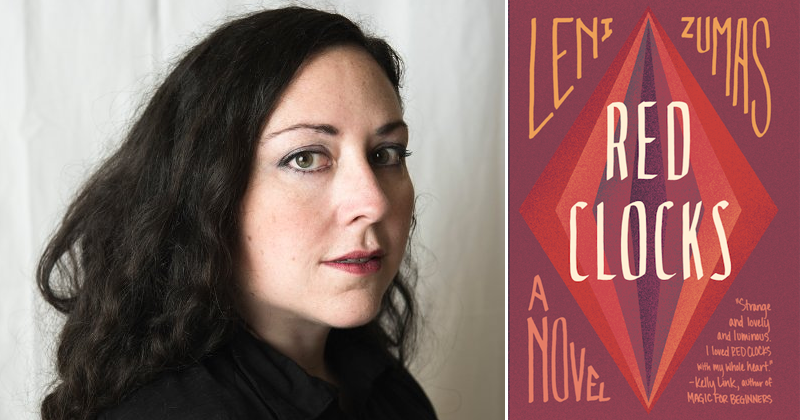 When Your Feminist Dystopia Becomes a Work of Realism

Speaking with Leni Zumas about Her New Novel, Red Clocks

Leni Zumas didn’t set out to write a novel of our political moment. But her new book, Red Clocks, has been hailed as a sort of modern-day Handmaid’s Tale, an eerily relevant story centered on reproductive rights.

While attempting to become a mother, Ro—a high school history teacher who’s writing a biography of a female polar explorer named Eivor Minevudottir—experiences few moments of hope. Her journey is obstructed by a series of increasingly alarming governmental mandates. First, an adoption agency warns her that married couples tend to take priority in the minds of birth mothers. And Ro isn’t looking to get married; she’s single by choice. Then, America’s new president passes a series of retrograde laws that he bills as “pro-family”: The Personhood Amendment, which outlaws not only abortion but also in vitro fertilization, and Every Child Needs Two, which is exactly what it sounds like. Under its edicts, only married people are allowed to adopt. At the novel’s outset, Ro is counting down the weeks until the new law takes effect.

On top of all of this, she has to contend with fertility treatment that makes her woozy and a nagging feeling that society thinks she’s too old, and too selfish, to be trying to conceive at all. But the novel doesn’t set out to catalog Ro’s despairs. She’s discouraged, yet hopeful. She’s galvanized and ready to fight back, fueled by her own private wants. There are times when she’s able to forget about her circumstances, and to joyfully imagine what her life will be like if she’s able to beat the odds and become a mother, a desire she feels acutely, even though she’s skeptical of its origins. On her running list of “Things to do with baby,” Ro writes:

The list is so affecting because it shows Ro working out a way to fuse what would be her two worlds, the world of parenting and her own, personal world. Not only does Ro possess a strong desire to care for a child’s basic needs—food, warmth, socialization via storytelling—but she seems also to possess a strong desire to do so while remaining, unabashedly, herself. Her quirks, and the ways in which she shirks our expectations of motherhood, are what make her a good

writer, a good teacher, and, hypothetically, a good parent, too. But the current administration does not support shirking expectation, and this is what Ro, and other unconventional would-be parents, have to contend with in the world of Zumas’s novel.

The connections to our current administration are certainly there: the bill that Republicans proposed last summer to replace the Affordable Care Act would’ve barred Planned Parenthood from receiving Medicaid funds for one year. This year has already seen its first attacks on the organization, with Tennessee congressional candidate Jimmy Matlock calling for defunding. But Zumas started writing the novel years before Trump was elected.

“I started writing it around 2010, actually,” she told me. “I think the initial spark came from my own questions and struggles around motherhood and fertility. I was at a point in my life where I was trying to get pregnant and having trouble doing so, but also having this kind of parallel conversation with myself, just wondering how much I’d unconsciously inherited about, ‘well, in order to feel fulfilled, this is what I should do.’”

By this time, Zumas—who now lives in Portland with her son and her partner—had published her first book, Farewell Navigator, a short story collection.

“I had been doing some research about in vitro fertilization, and in the process of doing that, came upon all of this, to me, bonkers shit that politicians, as well as grassroots conservative activists, were calling for,” Zumas continued. “The fact that the same law would ban both abortion and fertility treatment struck me as this interesting double-sided coin.”

“There are some writers who for whatever reason don’t want certain political labels on their work. But I think this is a feminist novel, for sure.”

In writing the novel’s first draft, Zumas didn’t view the book as a platform for her own belief system; she wanted to explore these ideas through the experiences of her characters. But she began the revision process during the throes of the 2016 election, and said that the fear she experienced—and is still experiencing—as a result of Trump and his administration’s behavior and policies towards women, factored into the story.

One small but crucial change Zumas made to the book post-election was to set the novel in a society that’s nearly identical to present-day America.

“I was kind of imagining this more as, not a dystopia, but a paratopia,” Zumas went on, using the Greek prefix for ‘near’ or ‘around.’ “Something about dystopia feels so solidly separate from us, and I wanted to invite the reader to experience the world of Red Clocks as, ‘This is actually happening, maybe next week.’”

The novel’s structure is intersectional, alternating between five women’s very different perspectives and detailing how each of them have dealt with the question of parenthood. There’s Ro, the aforementioned teacher-biographer, and Eivor, her subject, whose work was discredited due to her gender. There’s also Mattie, Ro’s high school student, whose best friend, Yasmine, is incarcerated after having an abortion; Susan, a woman who’s fulfilled her goal of starting a family, but who nevertheless feels unfulfilled; and Gin, a backwoods-dwelling forager who’s ostracized due to her poverty and her alternative medicine practice.

Of Gin’s character—who is subjected to a series of accusations that snowball into a modern- day witch hunt —Zumas explains that she’s been interested in witches ever since she was a child.

“In writing a book about women that centers on different roles or stereotypes or cultural mythologies around women, it felt important to bring in the figure of the powerful woman people are afraid of, whether it’s an outsider or a mystic or a healer,” Zumas said.

Gin, Mattie, Ro, Susan and Eivor wind up supporting each other in unexpected ways, as they each sort out what it is that they each individually value. In that sense, Zumas considers her novel a feminist one.

“There are some writers who for whatever reason don’t want certain political labels on their work,” Zumas said. “But I think this is a feminist novel, for sure. The way I understand my feminism is a kind of critical lens on the world, a questioning lens, a curious lens, a way of being that is trying to uncover the narrative underneath the official, conventional wisdom. In that way, that’s what I hope the book can do, even if imperfectly.” 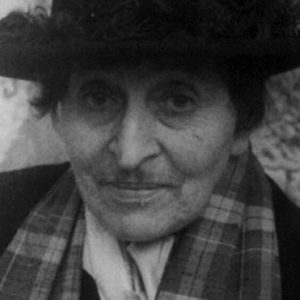 In many ways, Alice B. Toklas had been preparing to write a cookbook all her life. “Cook-books have always intrigued and seduced...
© LitHub
Back to top