When Writing a Biography Becomes a Race Against Death

Ted Geltner on the Morbidity Inherent to Writing About a Life

Of all the conversations I had while writing my most recent book, I remember one particular exchange distinctly. The man I was speaking with told me that his friend had died just days before, and the news, oddly, caused us both to laugh.

It was, of course, the laughter of irony. The man knew I was a writer, and found some dark humor in the fact that his friend had lived more than 80 healthy years, but had chosen to die only a few days before I learned of his existence.

I was laughing to cover my disappointment not only that the man’s friend died, but had taken with him on his trip to the grave a stockpile of memories that I had been hoping would shed some light on the subject of my book.

I have found this to be a peculiar element of the task of researching the kind of history that has almost, but not quite, receded completely into the history books. Documents, artifacts, letters—these are sources of information that, if preserved, can be available to historians and writers forever. But memories have a limited lifespan—limited by the lives of their possessors.

Though I consider my work important, as most writers do, this part of the process has an undeniably ghoulish quality to it.

Having written two literary biographies, I’ve spent a lot of time hunting for memories. Finding the right source—somebody who knew my subject five, six, seven decades ago—can open doors in research that have been heretofore closed and locked. Find the right person, and he or she can be the key to new insights and fresh paths for a narrative. Only death stands in the way.

Though I consider my work important, as most writers do, this part of the process has an undeniably ghoulish quality to it. Many times I’ve discovered the name of a person who might aid my research, typed it into a search engine, and been rewarded with an obituary. In most cases, the actual mourning for the death has been over for years. For me, it’s just beginning. Because in this type of hunt, finding out that your target is alive is only the first step. A number of other criteria also must be met for the operation to be a success.

The living, breathing source must be healthy of mind and spirit—at least healthy and clear-minded enough to recall those distant memories that could add detail to the story. And they must be the type of person capable of sharing those recollections, of determining what it is that they’ve experienced that could be of value to a narrative. On many occasions, I’ve found a source who knew my subject intimately, but, no matter how I phrased my questions, always responded with some version of “He was a great guy.”

The source, once found, must also be willing to share the valuable information he’s been holding for all these years. Some just don’t want to talk. Maybe they hate your subject and don’t want him or her to be remembered. Or maybe they just hate writers.

Clues found along the way are often harbingers of success or failure. The phrase “nursing home” can be a bad sign. The inhabitants of such facilities, for obvious reasons, often don’t make for the best interviewees. The search must continue, however, because if there’s no death certificate, there’s still a chance.

While working on my most recent book, I spent weeks calling ex-Marines whose names were listed on faded military records, searching for somebody who had served with my subject in the 1950s. Most were dead or untraceable. Finally, I located one of them living in an old-age facility. His caretaker said he was “on the machine,” unable to speak, and instructed me to call at a specific time a few days later.

At the agreed upon time I called, expecting, at best, a faint voice from a dying old man. To my surprise, I was greeted with the sharp sound of Marine authority. My spirits soared.

“I’ve got a few minutes for you,” he barked. “Who are you writing about?”

I told him the name.

“Never heard of him.”

Once the disappointment fades, though, it’s on to the next. I discovered on another occasion that an important source was living in a nursing home in Southern California. I called repeatedly, only to be told by staff members at the facility that he was very sick, and in no condition to speak on the phone for an interview. I lived across the country and was not in a position to travel without any assurance that an interview would actually take place.

The morbid quality of this work can be somewhat negated when, as a writer, you get the feeling you are preserving something significant that otherwise would fade into oblivion.

In desperation, I wrote him a letter explaining my project and asking for his participation. Time passed, and I soon forgot about the letter. One day, months later, the phone rang. It was my Southern California source, miraculously feeling better and ready to answer my questions. We spoke for hours, and he offered me anecdote after anecdote, all filled with the kind of specific details that I needed to write convincingly about life in America 60 years in the past.

The morbid quality of this work can be somewhat negated when, as a writer, you get the feeling you are preserving something significant that otherwise would fade into oblivion. My first book was about the legendary Los Angeles Times sports columnist Jim Murray. Murray had a group of lifelong friends who called themselves The Geezers. For decades, these men, all noted sports writers themselves, traveled together annually to cover all the great American sporting events—the Super Bowl, the Masters, the Kentucky Derby.

Murray was the first to die among them. When I began my research into his life, I wrote out a list of the Geezers, oldest to youngest, and began interviewing them, one by one. Each shared insightful stories about Murray and about what it was like to be a sports journalist in the second half of the 20th century. In the years since the publication of the biography, I’ve read the obituaries of many of these men, with great sadness for their passing, but also with the pride of knowing that I had been able to save some little part of their life experience for posterity.

In the search for memories, the best possible outcome is that the person you find is not only alive and willing to talk, but someone who truly understands the game and his or her role in it, and appreciates the firm deadline imposed by the beckoning grave. That’s why the perfect source is usually another writer.

My most recent book is about the author Harry Crews. When I went to his house to a few years back, he was in very poor health, in a wheel chair, and in need of round-the-clock care. The end, we both knew, was near. But his mind was sharp.

I made my request. Would he be willing to be interviewed, dig deep into his memory bank, and answer question after question about his most personal experiences?

“Sure, bud, you can ask me anything you want,” he said, looking up with a twinkle in his eye. “But you’d better do it quick.”

Ted Geltner is the author of Blood, Bone and Marrow: A Biography of Harry Crews, which was chosen by Publishers Weekly as one of the best books of 2016. It will be released in paperback in May. He teaches journalism at Valdosta State University and lives in Gainesville, Florida.
http://bloodboneandmarrow.com/ 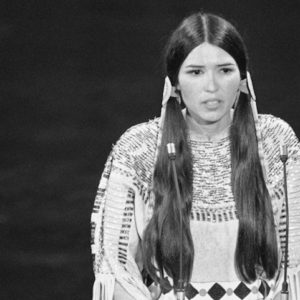 The 89th Academy Awards will take place this weekend, and the smart money says that it's going to be a pretty political...
© LitHub
Back to top