When Will the Church Have Its Racial Reckoning?

The Sunday School classroom is warm and claustrophobic and the waxy crayon smell from our drawings of the crucifixion lingers in the air. When it is time to sing, our young voices come together at the chorus of one of the cornerstone songs of Christianity: “Red and yellow, black and white, they are precious in His sight. Jesus loves the little children of the world.”

There is simplicity in the phrasing, in the adjectives lumped together by a coordinating—not subordinating—conjunction. Even though my voice struggles to modulate from the lower register of “red and yellow” to the higher register for “black and white,” I always feel comforted by the understanding that God sees me as precious.

Even as I experienced the sheer joy of clapping my tiny hands in belief that we were all equal in His sight—that surely I was equal in everyone’s sight if they believed in God—part of me must have known that those lyrics were aspirational. I didn’t quite know then just how far some Christians would go to uphold their fiction that my Black skin wasn’t equal to their white skin, but after some time I started to doubt the song’s truth. These people said they believed in the same God that I did, but their actions made their words hard to believe, much less reconcile.

Church—a noun with no article preceding it—is a building. But the church is comprised of the people who make up buildings. This semantic distinction doesn’t account for another separation that is more insidious—the separation between Black Protestant church and white Protestant church. The Black Baptist church that raised me, where I heard Sunday sermons about social justice and racial equality, about an eternal life in heaven better than the one that we currently inhabited, has always been church and the church. But I shouldn’t have been surprised that there would be two of everything in a city like Cleveland. The mostly white West Side might have well been worlds away from the more integrated East Side, where I was born and raised.

Church—a noun with no article preceding it—is a building. But the church is comprised of the people who make up buildings.

That isn’t to say that racism in Cleveland is localized; rather that, in Cleveland, like most other places, racism is a shapeshifter. The church, however, with its “red and yellow, black and white” chorus, was always supposed to be a balm to that stark reality. And Black church, the sanctuary where we all spent a few hours every Sunday, was just that—a safe space from the racism and hate that surrounded us as soon as we left. Some of the hate came from people who didn’t share my faith. They know not what they do; my grandmother echoed Jesus’s words when she asked me to excuse their behavior. But what was I supposed to do about the racism that came from the mouths of white Christians who knew exactly what they were doing? I have never felt more distant from God than when I have been among His followers who look nothing like me at all.

The first time I was ever called the n-word was in a white church. My sister and I were staying at my godmother’s house on the West Side for a week in the summer. My godmother, a wonderful, selfless white woman who saw the good in everyone, sent us to Vacation Bible School at her church. While standing in the Sunday School classroom festooned with colorful bulletin boards and plates of snacks, two elementary-school-aged white kids we had just met stood in front of me and my sister, hands on hips, and pelted the word at us. It slipped from their lips casually, carelessly, like they were saying apple. There was a moment of collective shock when my sister and I stood, motionless, letting the word singe our flesh and make us even more conspicuous than we already felt. There was anger in their eyes that I didn’t recognize then, that I have since become familiar with where that word is concerned.

I learned later that my godmother stopped going to that church—a church that she and her family had called home for years. She made the decision quickly—one Sunday they were members and the next they were gone—but her speed and decisiveness probably masked how excruciating that process was for her. The place where she and her family went to feel closer to God had committed an unforgivable atrocity against her Black godchildren.

I wonder if she knew the kids’ parents, if they sat next to her in the pews week after week, if she had clasped their hands in prayer, if she had held their children while they cried, if she gave them the same sticky buns that she gave us on special occasions. I imagine that moment, when she was forced see them for who they were, must have felt like the worst betrayal, like she was standing in the midst of strangers who wore familiar faces. I imagine that those children who had called me the n-word sang the same songs I did—that they believed we were all precious in His sight, but there was a gap between word and deed that troubled me then. It is the perpetual cognitive dissonance of American Protestant Christianity: that white Christians and Black Christians may as well have two completely different faiths and worship two completely different Gods.

I moved away from Cleveland when I was 18, hoping that the racism that I had been swimming in my whole life—sometimes without even realizing it—would be different in another city, another pond. I thought that white church racism was a uniquely Cleveland phenomenon, but as I pulled my car into the parking lot of a white church in another city and state, my stomach clenched as I shifted the gear to park. The stares burned my skin when I stepped into the cold foyer, but they did not warm me. I had come there to find comfort, to be welcomed by other believers, but the only greetings I received were white people elbowing each other before turning around to stare at me. I focused my eyes on the cross behind the altar, on Jesus’s sinewy, outstretched arms, his toes pointed down, the nails. They are precious in His sight. I repeated it to myself as I became more conspicuous in theirs. After the chilly service ended, I promised myself never to worship in a white church again.

In 1963, Rev. Dr. Martin Luther King made the now-often-cited observation that Sunday morning at 11 am is the most segregated hour in America. Almost 60 years after making that claim, it is still true. But that statement obscures the reason why church is a segregated space, making it seem like the solution is for people of all races to worship together. In order for that to be a legitimate way forward, the church needs to have a reckoning. There is a reason why Black people worship together—we worship where we are comfortable, where we feel safe. Where we can close our eyes and bathe in the promise of a hymn without worrying about who is planning our downfall. Where we can rage against injustice without hearing people defend the structures that are amplifying systemic and institutional inequality. Where we can escape the deleterious threat of racism for a few hours and have blissful fellowship before stepping back into the regular world. And at a time when the country is more divided than ever, the church has to be a real balm, not just in word, but in deed. Words without deeds have gotten us to where we are now, in a church that is fractured and divided into so many parts that it almost feels impossible to assemble it into an intact whole.

When George Floyd, like the many others before him, was brutally murdered by police for all of the world to see, I wanted to seek comfort somewhere. I wanted someone to give me an answer that would help alleviate my pain, that would help me have a better understanding of my world. When events shake me to my core, I find my way to church, to God, but in so doing, I have to be among His people. When I hear people who are supposed to believe in the same God that I do, the same God of love and justice, espousing racialized claims about fault and wrongdoing when unarmed Black people are murdered, I feel far away from God.

“What is the church doing about racial justice?” It shouldn’t have been a question that I had to ask of the church—the place where justice should be at the forefront of all theology. But I witnessed the divide that I had seen throughout my life play out in virtual services this past summer. While many white churches avoided the question altogether, other churches, often with multicultural congregations, asked their parishioners to seek God instead of relying on mankind, because men are inherently sinful. That statement was supposed to provide comfort, as seeking God is the solution to so many problems, but I saw the statement as a cop-out, as a way to keep churches from interrogating the white supremacy at the heart of their institutions. And though seeking God can be part of the solution, it can’t be all of it. God didn’t create the current racial divides in the church: people did.

To make structural racism in the church an individual issue means that the institution will never change. Saying that men are inherently sinful is a free pass to let the church remain as it is without interrogating the structural inequities that people have come to see as part and parcel of being in a religious body. Enslaved Africans must have felt that the men who enslaved them were inherently sinful—while they trusted in God for their deliverance, their captors read a Bible that they used to justify slavery. If their captors sought God, they believed that God wanted them to enslave others.

The solution to today’s racial problems cannot be a solution that turns a blind eye to systemic injustice while waiting for people to change. That solution has led us to where we are now: to the intractable racial divide in the Christian community, to silence and complicity in the face of pervasive injustice. This divide has been justified by white Christian institutions for so long that it seems impossible to find the root, much less pull it out. And what will we be left with then? What will fill that gaping hole?

One of these days, the church will have to confront its race problem. It is no longer enough to hide behind separate pulpits and not confront the harms that the church has wrought and continues to wreak on bodies of color, either through action, inaction, or passive acceptance of the status quo. Until then, the church will never really be the church. Not for everyone who wants to find comfort there. 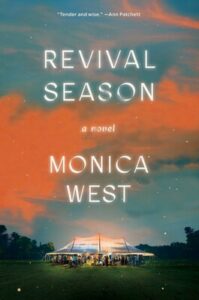 Revival Season by Monica West is available now from Simon and Schuster.

Born and raised in Cleveland, Ohio, Monica West received her B.A. from Duke University, her M.A. from New York University, and her MFA in Fiction from the Iowa Writers’ Workshop where she was a Rona Jaffe Graduate Fellow. She was a Southern Methodist University Kimbilio Fellow in 2014, and she will be a Hedgebrook Writer in Residence in 2021. She currently lives in Oakland, California.

75 Nonfiction Books You Should
Read This Summer 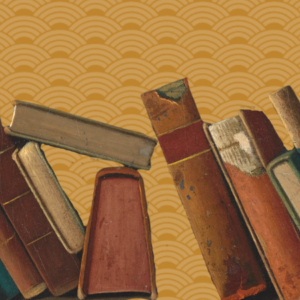 75 Nonfiction Books You Should
Read This Summer

Must a beach read be a novel? (If you answered yes, head here.) If you answered no please read on for a look at the nonfiction...
© LitHub
Back to top
Loading Comments...