When Stories Aren’t Enough: How Do You Write About the War in Ukraine?

Katya Cengel on the Struggle to Find Meaning in Journalism

As a features reporter I pride myself on getting people to open up. I take it for granted they will let me into their lives, allowing me to shadow them at home, work and play. I request and receive intimacy, asking them to reveal their fears, their anger, their pain. I write it all down without speaking more than a few words. I work their misery and heartache into stories telling myself readers need to feel the subjects’ pain in order to understand their situations.

I have done this with child brides in Mozambique, survivors of the artificial famine in Ukraine, and mothers of missing and murdered children in the United States. I am good at it. And until February 24, 2022 that was enough.

For more than two decades I have told other people’s stories believing my words help them. Then Russia invaded Ukraine, continuing what it began in 2014; this time striking at the heart of the country, not just its edges. Suddenly it was not sources who needed their stories told but my former colleagues and friends. For the first time since I started writing feature stories in college I didn’t know how to write about suffering.

From 2000 to 2003 Kyiv was my home. I am not Ukrainian. I married a Ukrainian, but we have been divorced longer than we were together. The Ukraine I know exists in my memories and in a memoir I wrote about my time there. Even before February much had changed. Revolutions had rocked the government. Crimea had been taken, as had much of the Donbas.

Nevertheless, after the February invasion people wanted me to talk about Ukraine. But talking about my coming-of-age story while the people who featured in it were fighting for their lives felt wrong.

Sveta was one of the main people in my memoir. When I lived and worked in Ukraine, we traveled around the country gathering stories. She was a translator, fixer and friend, a constant companion who helped me interview prisoners with tuberculosis, flood victims and protesters.

We spent a winter night freezing on the streets of Kyiv to report on an opposition movement, endured drunk Cossacks at a funeral in extreme summer heat, and prowled hospital halls trying to get doctors to talk to us about patients who had been beaten by the police. We did it together because we thought the stories would help. How they would help, who they would help, those were vague questions we never needed answered. The stories were enough, or so we reasoned.

I couldn’t ask her the questions I knew readers would want answered, questions I had asked countless other sources.

Then Russian forces attacked Kyiv. Sveta fled to her mother’s home in Kanev in central Ukraine. I knew the basics of what she was going through, but not the details. I knew she needed help and the best way to get her help was to draw attention to her story.

I tried doing that in emails to friends and family requesting help, and later a website. I never wrote a feature story about her, about Ukraine. I couldn’t ask her the questions I knew readers would want answered, questions I had asked countless other sources, believing they answered them because we had grown close. I was close with Sveta. But the questions didn’t come.

Asking them felt exploitative to me, in a way journalism had never before felt. I understand how it works and why I need those intimate details. It is what I encourage my college journalism students to seek out. They always ask how I can get close enough to sources for them to open up to me and yet stay far enough away so their stories don’t devastate me. I tell them it comes with practice.

When I was young it was hard; as I have gotten older it has become easier. I have seen enough suffering to know I cannot save everyone. Donating my kidney to a source (which I wanted to do when I was a newbie) isn’t going to make much difference; better to tell the story and stay healthy so I can tell more stories. That is what I tell them. That is what I used to feel, what I used to say. Justification. It no longer feels like enough. Yet it is all I have. That is the world I know. The world of stories.

Sveta’s world is one of constant sirens. There were strikes near her home. For now it still stands. Her partner is alive and her son and mother are too. I don’t ask for more and she doesn’t tell me. Instead I ask her to gather stories of other Ukrainians who need help so we can put them on the website I made for her. I ask her for the details she knows how to gather from when we worked together reporting on other people’s tragedies.

When we add the details, more people donate money. It is the details. Sveta knows it. So we do that together like we used to. We work together and pretend it is like before, when we were colleagues and friends. Because I can’t deal with the alternative. Sveta can’t be a source. And I can’t be a reporter. Not on this story.

Katya Cengel is a freelance writer and lectures in the Journalism Department of California Polytechnic State University, San Luis Obispo. She was a features and news writer for the Louisville Courier-Journal from 2003 to 2011, and her work has appeared in the New York Times Magazine, the Wall Street Journal, the Washington Post, Marie Claire, and Newsweek. She is the author of Exiled: From the Killing Fields of Cambodia to California and Back (Potomac Books, 2018), Bluegrass Baseball: A Year in the Minor League Life (Nebraska, 2012), and From Chernobyl with Love (Potomac Books, 2018). 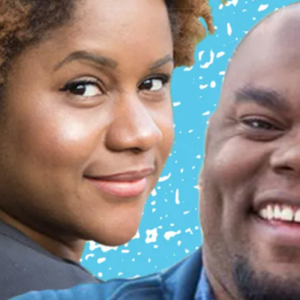