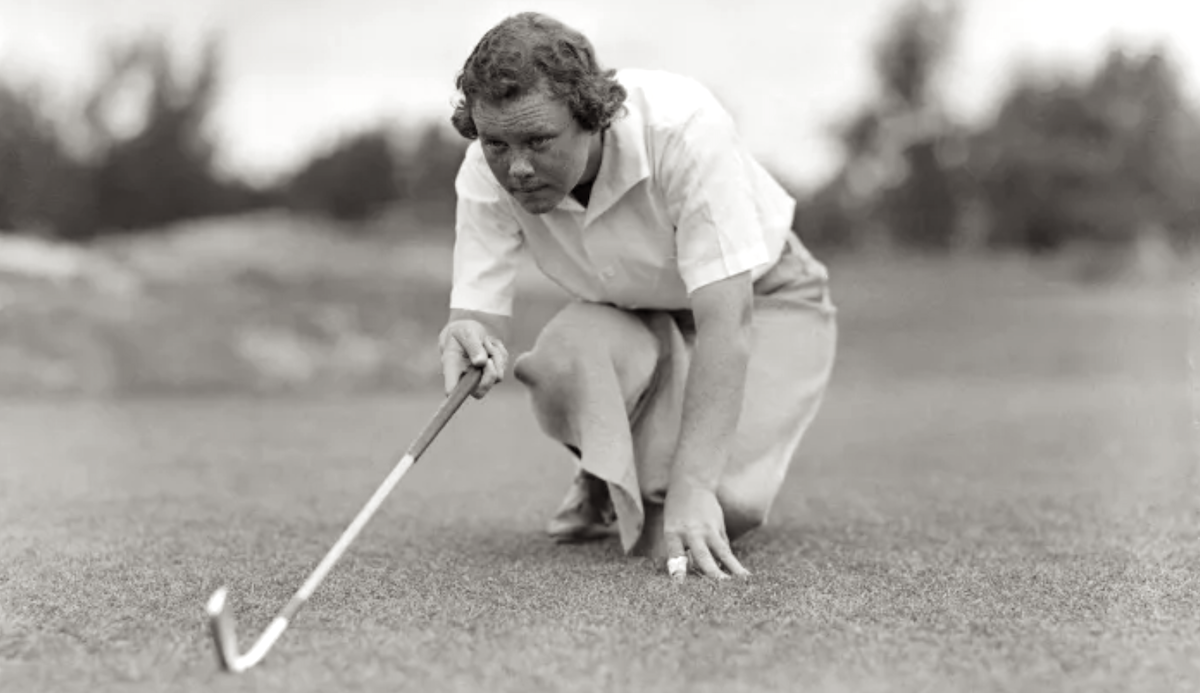 The School That Optimizes Golf Performance

Because of archaic and murky NCAA regulations (as if there were any other kind) and for the sake of her privacy, it’s best not to use the real name of this 19-year-old college golfer from Spain. She was a high-ranking amateur playing under scholarship at a major Division I university, having just started her sophomore year.

This was not her first trip to the Titleist Performance Institute, a sprawling 33-acre tract in Oceanside, California, colloquially known as TPI. The acronym had come to stand not only for a physical place, but also for an idea, one that traveled in namesake conventions, that certified its disciples, and that carried an underlying corporate ethos. It implied cutting-edge science, from ball-flight monitors and 3-D motion analysis to the best golf-specific physical fitness, and a thorough mental and psychological evaluation.

At TPI, promising players such as Sophia could tap into the source of what had become the leading science-based game-improvement brand. TPI was where many proprietary methods were born and where new theories would be hatched. If a player wanted to get better by grabbing hold of something concrete, TPI was the No. 1 place in the world to go.

Sophia’s day began in the corner of a massive gym, with weight machines, treadmills, ellipticals, and all sorts of other workout equipment strewn about. Mirrors lined most of the walls above a firm-cushioned floor. She was seated in a reclined office chair, electrical nodes the size of quarters stuck to her forehead with gel, and a little bonnet lined with more nodes placed snugly over her straight auburn hair. Wires coming out of all the nodes were connected to a machine that recorded her brain-wave activity. A woman holding a clipboard told Sophia to stare at a piece of white Styrofoam taped to a beige wall about fifteen feet in front of her.

The woman was part of a company called Neurotopia (later renamed SenseLabs), which received most of its work from the US military. She asked Sophia to start by staring at the piece of Styrofoam for three hundred seconds without blinking. “If you do have to blink,” the woman said softly, “try to blink a lot at once.” That would make it easier for a section of the brain-wave results to be spotted as an outlier and tossed out while trying to establish a baseline reading for Sophia’s neuro-functions.

After Sophia stared for 300 seconds, the woman with the clipboard handed her what looked like an oversize controller for a video game, about six inches wide with a button for the thumb of each hand. In the middle of the controller were nine red lights, aligned in three rows of three. When the eight bordering lights were lit and the one in the middle was dark, making it look like a bull’s-eye, that was Sophia’s cue to push either of the buttons as fast as possible. When any other assortment of lights came on, she wasn’t supposed to push anything.

Sophia had previously told her coach Lance that she felt that her self-worth was linked to her golf game. Many competitive golfers feel this.

The test lasted almost 30 minutes. At times, the lights blinked rapidly, every second or so. Other times, empty pauses lasted up to 30 seconds. It was draining to watch. The computer recorded all of the results and the reaction times from the test, and all of the readings coming from the nodes glued to Sophia’s head. The readings and results would be matched to find out how her brain was reacting to different stressful situations. Her scores would then be compared to Neurotopia’s database of tests, and a profile of Sophia’s neurofunctions would be drawn.

After the test, Sophia was spent. “I’m tired, like, whew!” she said, smiling and giggling like the teenager she was rather than just a faceless plus-2 handicap. “At the end, I couldn’t concentrate.”

Seventy-two hours later, after Neurotopia erased all the anomalies, such as blinking, Sophia’s results came back. The first to see the results was Sophia’s coach, Lance, the human equivalent in energy to a double espresso, with the same strength of conviction. How Lance delivered all this information to Sophia—if he delivered it to her at all—was the tricky part. The psyche of a competitive golfer is fragile. But Lance’s job was comprehensive. When Sophia first came to TPI, Lance had asked her about her goals and aspirations; about her strengths and weaknesses, both in her game and mentality; about what she wanted to get out of instruction; and if she craved large

swaths of information or ambiguous ideas about feel.

The test showed that Sophia didn’t score the highest in tests of mental fortitude, failing more often than the average person after an incorrect answer. “Some people refocus after getting one wrong, and some people get worse,” the woman with the clipboard said.

Sophia had previously told Lance that she felt that her self-worth was linked to her golf game. Many competitive golfers feel this, and the pressure is especially high for an international student on scholarship. Lance was trying to get Sophia away from the idea that a bad shot meant she was a bad golfer or, worse, a bad person. He used cognitive techniques from a company called Vision54, started by two renowned teachers/mental coaches, Lynn Marriott and Pia Nilsson.

One exercise had Sophia start a round with ten tees in her left pocket, then she would evaluate each shot during the round on commitment, not outcome. If she thought she committed just seven out of ten on the first drive, she moved three tees to the right pocket. If the second shot was nine out of ten, she moved two tees back to the left. The goal was to keep all ten tees in the left pocket, thus focusing on the one thing you can control—commitment, not outcome.

Lance decided that Sophia would not benefit from knowing the actual workings of her brain. If she knew that her brain was especially liable to collapse under stress, her awareness of such a mental defect could become a self-fulfilling prophecy. Two mistakes in a row on the golf course could snowball into a downward mental spiral. Such a crisis of confidence could have superseded any game with tees.

If Lance thought that Sophia craved the information and would grow from knowing the shortcomings of her physical brain, he might have talked her through it. They might even have brought in a TPI-certified mental coach to figure out a strategy for her to buckle down after a faulty swing and reset focus. Lance had done that with other students and watched them get better from it. Targeting athletes’ mental skills was like targeting their physical techniques: identifying a

weakness in a player’s game—this time in brain mechanics, not swing mechanics—and working on it to get better.

Lance sat Sophia in his windowed office and talked with her about her game, about how she wanted to get better at scrambling and how she needed precision with her irons. Then he said, “Let’s talk about your mind. What’s going on mentally?”

Sophia spoke a little about her schoolwork, and Lance suggested it could be beneficial for her to have more of a social life and not focus too much on golf.

“I didn’t really do anything,” Sophia said, speaking of her mentality as just another aspect of the game that she could train. She had been taught that the mental side of the game can be worked on in the same manner as swing mechanics and physical fitness. “I was just at home, practicing. I think what I needed was [more than] one good tournament, getting confidence. Because I totally lost my confidence last semester. You knew it. I was talking to you, and like . . . I knew I was a good player and not showing it.”

“I didn’t do anything, really, it was just liking myself more than I used to before. Before, I was like, ‘Oh, you’re bad because the way you’re playing.’ And this semester, if I miss a shot, it’s just like, ‘Oh, it’s golf.’”

“Wow. And I say wow because most girls and guys don’t recognize that until their junior or senior year.”

“When I’m under pressure, I feel like I can give more of myself.

Sophia spoke a little about her schoolwork, and Lance suggested it could be beneficial for her to have more of a social life and not focus too much on golf. He relayed a story of a LPGA Tour player who had benefited from that same advice. He also added the example of Zach Johnson, the diminutive Iowan, who, with the help of a couple TPI-certified professionals, had built a team of eight people around him. By enlisting the expert help of various specialists, from a swing coach to a financial adviser to a spiritual adviser, Johnson was able to win the 2007 Masters and launch his professional career forward.

Johnson’s team of specialists exemplified the organized, cerebral approach to drawing the most out of each ounce of talent, and the people at TPI stand on the firm ground of science. Every question has an answer, and no mystery can’t be solved.

So Lance and Sophia went through a checklist of concrete goals and supplemented it with a lot of targeted affirmation and positivity. When he thought she was ready, he lightly tapped his desk with his hands and stood up. “Let’s do it,” he said, then they walked outside to the practice range.

When Dave Phillips, one of the cofounders of TPI, heard about Sophia’s tests and her coach’s response, he let out an abbreviated smile.

“The teacher in golf,” Phillips said, “has evolved.” 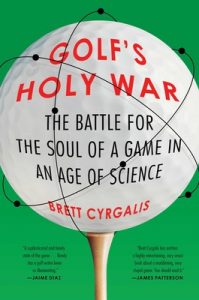 Brett Cyrgalis is a veteran sports­writer covering hockey and golf at the New York Post. He has reported on almost all major sporting events, from postseason baseball to the Stanley Cup Final to the US Opens in golf and tennis. He is an accomplished golfer and a member of the Metropolitan Golf Writers Association, and he lives on Long Island. 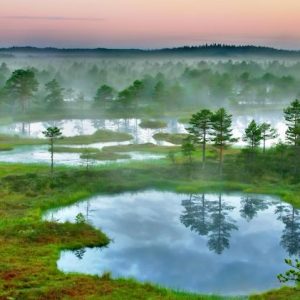 "I Sit By the Window" for Lev Loseff  I said fate plays a game without a score, and who needs fish if you’ve got caviar? The...
© LitHub
Back to top
Loading Comments...