When a Promised Land Breaks Its Word

E.B. White once offered up to The New Yorker a short definition of democracy, noting, amongst many items: “…the feeling of privacy in the voting booths, the feeling of communion in the libraries, [and] the feeling of vitality everywhere.” Though he didn’t use the actual words, White’s definition sits within that long tradition of descriptions of America as “that” place, as a “Promised Land,” a phrase that has made its way through the national experience and is as old as John Winthrop himself. Others have since followed, seeking to define that ever-elusive phrase as their own—the most recent pop culture section of our memory housing Bruce Springsteen, Martin Luther King Jr., and the previous President for that particular honor (“Yes, we can”), each telling us about the meaning of that term and the way by which it has spoken (and speaks) to our reality. They believed in The Promised Land, and they had seen the Promised Land.

Why does this way of talking about America persist? And if it’s a “land” we’re talking about, what does it look like when we apply a literal lens to that? If “TPL” is a physical place and isn’t something that comes up in the middle of a kitsch-besotted televangelist broadcast (even Robin Williams swerving into a split-second Tammy Wynette impression)—if it isn’t something hangdog-soaked in self-serious morality—then what on earth is it?

We submit the following: that it is a coffee joint where you can take your time with your mug and watch everyone come in and out like a gentle tide; that it is a bookstore deep in the heart of winter with all its lights on, cozy in the landscape of the city (much in the same way a cat can find something cozy at the top of a chair or couch); that it is the crisp air of getting up early for work; that it is about our trust in each other; that it is the Cadillac slowly swinging through Austin orange and the hiker heading further into the Oregon green; that it’s in high schoolers suddenly daydreaming out a world in the middle of their notebooks or acting out a new world from their basements or attics; that it’s the land of the leap; that it’s in a young Pakistani doing their best to draw a Mehndi on their older sister’s hand somewhere in Virginia while the latter laughs at the intensity of her concentration; that it’s an impromptu jam session on a porch in the woods of West Virginia; that it’s in moving into an apartment owned by an old Cape Verdean woman on the same day she’s invited whole swaths of her family over, meaning that you end up in the line for Verdean barbecue as various other women of indeterminate age tell you how much they want to teach you Portuguese; that it is—that all this is, in fact, the irrepressible “We” that speaks not to whiteness accented by “ethnicity,” but a shared American plurality.

Let me put all this another way: both of my grandparents fought in the Second World War. They fought for a future that didn’t exist. It does now. For Trump and his team to suggest that it’s worth not only getting rid of some of the “bad” that’s come about over the past 70 years (i.e., spending money abroad instead of at home—as if we’re not capable of doing both)—but also that it’s worth getting rid of all the good because it doesn’t fit the mold of this hollow man’s anger, because it doesn’t fit into this “all or nothing” model of racial superiority (or, rather, “clear preference”)—is a betrayal. It’s an attempt to take a figurative potato peeler to the spirit of this country and scrape until the hands bleed.

My grandparents did not fight for this country and this country’s place in the international order to have it be dismantled by a team so seemingly inept, so seemingly fact-free, so seemingly zealous, and so seemingly cruel. My grandparents—a Greek man and a literal Romanian gypsy—did not fight for this country so that a Syrian, Iranian, Iraqi, Somalian, Sudanese, Yemeni, or anyone who looked a little off would be subject to an illegal order aiming to make them feel less welcome here or so that a student from one of those countries couldn’t come to this country to study. “I was a stranger and you welcomed me,” is the correct response to have for an Iraqi soldier who fought for the US now with a VISA deciding to come home. “I was naked and you gave me clothing,” is the correct response to have. It is not to snarl at The Statue of Liberty and express amazement that the statue was ever associated with “ugliness, weakness, and deformity,” because it always was, it always has been, and it always will be.

In thinking ahead to the end of the Trump years and the potential for work that might need to be done, one thought immediately comes to mind: perhaps offer up—for those who qualify—free college scholarships to students from Iraq, Iran, Syria, Sudan, and Yemen; perhaps it’s time to start exploring a much more thorough American version of vergangenheitsbewältigung, something beyond The Memorial To Peace And Justice or an apology offered up at Standing Rock, especially given how quiet so many elected Republicans were in the immediate aftermath of the introduction of the Muslim ban (let alone the ban’s illegality, the harm it will cause; or the harm that—as of this writing—it’s currently causing, or its thorough lack of basis in fact.) Perhaps activists campaigning for the left should also spend time seeking to bring more MacMillan-styled Republicans into the political process. (Or, to put the last point another way—for all the myriad intellectually dishonest ways in which we improperly define the center in American politics, it’s nevertheless tempting to imagine a rule of thumb that for every time Bill Kristol praises someone like Seth Moulton (D-MA 6th), Jacobin should go off and praise someone like Scott Taylor (R-VA 2nd.))

I have revisited a lot of what I’ve come to know about America since the election. It has been a time to think about what matters to me and what my country might feel like if I were someone else. (In other words: value and spirit.) I have re-read books and listened to poets and speeches to remind myself about where we are and where we’re going. Walt Whitman spoke of equal daughters and equal sons. Leonard Cohen sang about a little wild bouquet. James Baldwin spoke of criticizing his country out of love and asking white America how it will save itself. And every time I’ve now heard Martin Luther King lean into and shout the phrase, “I have seen The Promised Land,” I’ve found myself saying to myself, “And that is the point from which we’ll begin.” 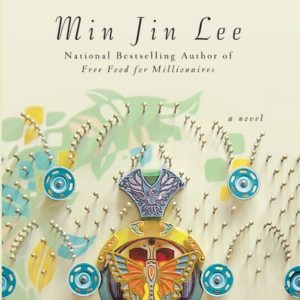 June 1932 At the very beginning of summer, less than six months before the young pastor arrived at the boardinghouse and fell...
© LitHub
Back to top