What’s It Like to Be Married And Write a Book Together?

On Collaborating in Work and Life

Anna Leahy and Douglas R. Dechow are writers, teachers, and the co-authors of Generation Space: A Love Story. Below, they reflect on the development of their collaborative writing process and how their two primary forms of partnership—marriage and authorship—mirror one another.

Anna Leahy: Maybe it’s too simple a connection, but I often think what makes me a better writer also makes me a better life partner and vice versa. Persistence—sticking with something over time, seeing something through because it’s a challenge. Knowing how important revision is. Attention to deadlines. Attention to detail—well, maybe that quality serves the writing life better than the couple life.

Douglas R. Dechow: If you see revision as a negotiation between a writer’s intent and the work that exists, an analogy can be made between revision in writing and negotiation in a relationship as a best-effort act of realigning of where the participants want things to go vis-à-vis where things currently stand. It’s also important to nod to the role that serendipity plays in our work and our lives. Serendipity isn’t merely happenstance occurrence but also the recognition that happenstance occurrence has meaning or can be formed into meaning.

AL: We know other writing couples, but they generally work on separate projects, and we have our individual projects too. Most people we know, especially writers, tend to think it’s strange that we are able to write collaboratively.

DRD: We figured out how to collaborate as we went along. We each have different strengths—and we admit that relatively often. Our collaborative writing has evolved through trial-and-error and experimentation, perhaps due in part to our shared appreciation of science. A common interest in writing is probably not enough for a sustained writerly collaboration. We found a common interest in subject matter.

AL: Also, we have tried nearly every possible iteration of two people participating in the writing of a single work: jointly creating sentences word by word, drafting followed by exchanging for revision, straightforward critiquing, and even eventually writing each other’s sentences on occasion.

DRD: Collaboration requires trust, which, in turn, demands time to build. Trust is often a hard-won aspect of any good relationship.

AL: We had to earn each other’s trust. I can only imagine what a mess we’d have made of our writing and our lives if we’d started out as collaborators. We couldn’t have written a book together in our twenties. Now that we’ve developed our individual voices, styles, and habits, writing together is possible.

DRD: We grew up together as writers. Having practiced the act of writing together in various ways over the last several years, Generation Space is the fruit of that labor and evidence that such a thing can be done—that we are able to stick with something that might have failed at several junctures.

AL: I remember that first happenstance writing we did together—in 2003, while browsing online, I saw a call for a conference on World War II in Amsterdam.

DRD: It was far afield from what each of us was doing, but we wanted to go to Amsterdam, so we wrote up a couple hundred words about the ways aviation museums display World War II aircrafts. We had been to a lot of aviation museums together, and we saw that call as an invitation for us to say something together.

AL: Getting into that conference taught us that our reach could extend our grasp. We learned not only to research and write together, but also that we could accomplish more together than separately.

DRD: That experience also reinforced, for me, the value of commitment. Once that paper had been accepted, we had to line up funding and logistics for travel to Europe and make time in our respective work schedules. Other people became aware of, even invested in, the project, in what we were doing.

AL: That was new for both of us, this sense that what we were doing was noticed and appreciated by people who didn’t know us. Writing is often a solitary experience, but publishing—disseminating one’s words—connects that act in isolation with readers. We learned together that it wasn’t just about us as individuals, that published writing was a thing in the world separate from ourselves.

DRD: As very junior academics at that time—I was still in graduate school as a computer scientist, not an American studies scholar; you were in a tenure-track professor position—the onus was on us to see our idea through. Writing and relationships both demand that you not let yourself or others down in their own ways.

AL: When we moved to California in 2008, you heard that a space shuttle might land there. It was Thanksgiving weekend, the anniversary of when we became a couple, which made the opportunity seem like an omen. We didn’t really know what we were doing, but we drove out into the desert anyway. We didn’t know that day would be the instigation for our book together.

DRD: You can hear the echoes of serendipity in Louis Pasteur’s words, “Fortune favors the prepared mind.” I like to think that, because we had discussed the possibility of some kind of aviation writing project, we were ready to pounce when the space shuttle was forced to land in our backyard.

AL: Two years after we witnessed the landing, we traveled to Florida in an attempt to see a launch for the first time. We may have had a sense that we’d write a book based on those experiences, but it wasn’t until the following year we admitted such a thing. The jinx. The fear of failure. The fear of disappointing each other, not just in the moment but in the long haul.

DRD: We were drafting chapters by 2012. That first version, though, was entirely in the first-person plural. While we thought of ourselves as we, our early readers, including some editors who liked the writing, could not get used to that point of view.

AL: That shared voice felt natural to us after a couple of years of practice. I wanted it to work because it conveyed the idea that our experience was shared, which seemed incredibly important to me at the time. It took us a long time to admit that readers didn’t believe the two of us could agree for a couple hundred pages. It took even longer for us to realize that we could accomplish more with alternating voices. That concept of perspective—of us having individual perspectives and, as we went with that, of space exploration offering perspective—reshaped what we were doing.

DRD: We’ve probably stretched this analogy to its seams, but the hard, collaborative work in the editing process is a reminder that all functioning, collaborative relationships require hard work.

Anna Leahy and Douglas R. Dechow write Lofty Ambitions blog, which covers aviation and spaceflight, science of the 20th century and beyond, and writing as a couple. The couple has published in The Atlantic, Airplane Reading, Air & Space Magazine, and Curator. Doug and Anna hold a fellowship at The American Library in Paris in fall 2016.

You're Either Born an Artist Or You're Not 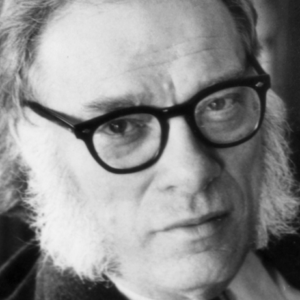 Mark Lane on surviving the death of his son, one page at a time. | Literary Hub The first rule of robots in literature?...
© LitHub
Back to top