What You Could Have Won 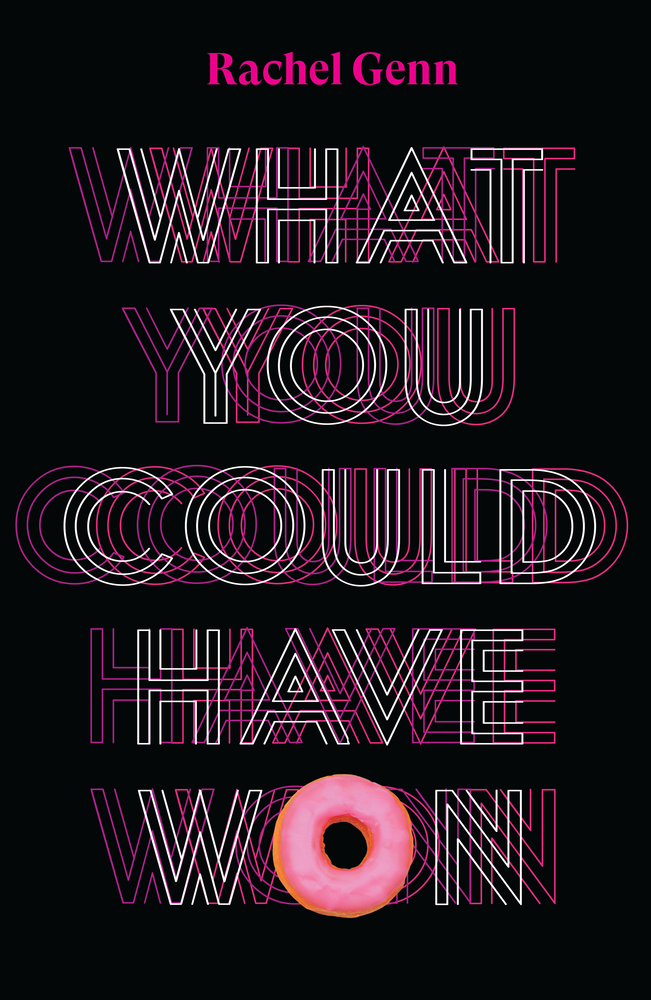 The following is excerpted from Rachel Genn's latest novel, What You Could Have Won, about a relationship born of regrettable events and female resilience in the face of social control. Genn is a neuroscientist, artist, and writer of two novels. She has written for Granta, 3AM Magazine, and Hotel, and is working on Hurtling, a hybrid collection of essays about the neuroscience, art and abjection of artistic reverie. She lives in Sheffield, England.

SILK BURNS QUICKLY IN THE DESERT

‘Getting high before a show is not cool.’

Lucien pauses then asks, ‘You want a repeat of The Fillmore?’

On stage in San Francisco, you had punched Lucien because he was trying to grab your ass with both hands. Who knew that your grasshopper-green ice skater skirt was all the way tucked through your underwear when it felt like the hem was right where it should have been? What the hell were you supposed to think was going on?

The possibility that Henry was out there tonight must be kept open and you looked out from your hiding place into the crowd and you heard Lucien approach but keep his distance. Funny how hope can easily light up hate. Hate to you feels a lot like disappointment. Please don’t start telling me that there is nowhere to smoke in the desert, Lucien you skinny stand-up slug.

Catherine as always was panicking. She has an idea you can’t cope with open spaces so of course she is no help. The crowd is chanting your name loud and then you feel it as a stab or a bite: the announcement of his absence. And in a need to tip this pain straight out of your hands, you turn to the crowd to blame them because if they listen to you, Henry must turn away; it is the physics of how you fit in. Only now can you see, math messes with what you want to believe in so you will blame the crowd for as long as you can. You hear him say Blame minus truth really burns, but it does not mean he is there. You can’t bear to look at the crowd after that and when you turn from the truth, it floats wherever your eyes go, an afterimage, white against the red floor of the wilderness, the blue-smudged distance. You can’t shake it. You should not have picked The Sopranos. You should never have left him alone because it gave him all the space he needed to forget you and you can think of nothing but the relish of freedom that his pirouette displayed. The bus hadn’t even left the parking lot.

You are forced now to know that you gave Henry your rights because you didn’t want them. Therefore, if Henry doesn’t see you seeing this, you don’t see this. If he is not here to interpret for you then you are over, fallen, filming the floor. But when exactly did you go? You search the faces, your gaze travels across rows upon rows shouting ‘Astrid’ then it pulls back from the eerie space of distance to the edge of the crowd where the heads and faces become froth. You have waited and Henry has not come: he is not here and you will have to keep your stupid bucket-of-mud heart swinging for this last night of the tour and to do this you fasten your hand tight around the pink, you bring it into your chest and you unscrew it.

‘Catherine won’t be happy,’ said Lucien, standing beside you like a traffic cop.

This crowd is not going to disappear. Let the singing turn to tongues, you think. You want this longing out of your hands but where to put it? You swallow all of the pink in front of Lucien, dinking the upended mouth of the container back and forth against the fine edges of your teeth, rattling it at the end making an ahhh noise, curling your tongue into a tube while it sizzles at the back near your throat where nothing ever touches. Man! It burned but you swallow it up good, and when it’s gone, it’s depressingly good to know that all decision went down with it and knowing that is all you need to keep going. You outright hope it is doing damage, says your face. Lucien shakes his lizard head.

There is no deciding now and that is how it is. Soon enough, there will be no more easy choices at all and that is a phantom tragedy that escapes these two eyes and breathes only into the future. You take Lucien’s offering for balance, do both lines: that should give the pink force and scope. Only one song in, go figure, you feel the edges of how you are to be changed, separate.

And now I wish my heart was still in it because I’m on fire and the smell of my hair dashes from mountain to mountain. Don’t fucking pull me out. People pat my head with planky hands. I get it as they pull me out. But I can’t smoke! That’s me. I’m not to own. Cold or Hot – we won’t do either. Regret and relief are once again the names of paint colors.

My scarf stays in and burns for me.

My hair crisps away to red dust and I watch it clapped off in a stranger’s hands.

‘It’s a hairpiece!’
I feel my
crotch is hot
and still wet
when I’m out
of the fucking
words.
I said words,
I meant fire. 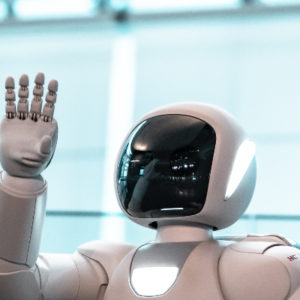 Robots: Overlords or Friends? Are robots going to be our overlords? In Human Work in the Age of Smart Machines (RosettaBooks, 2020), Jamie Merisotis says...
© LitHub
Back to top